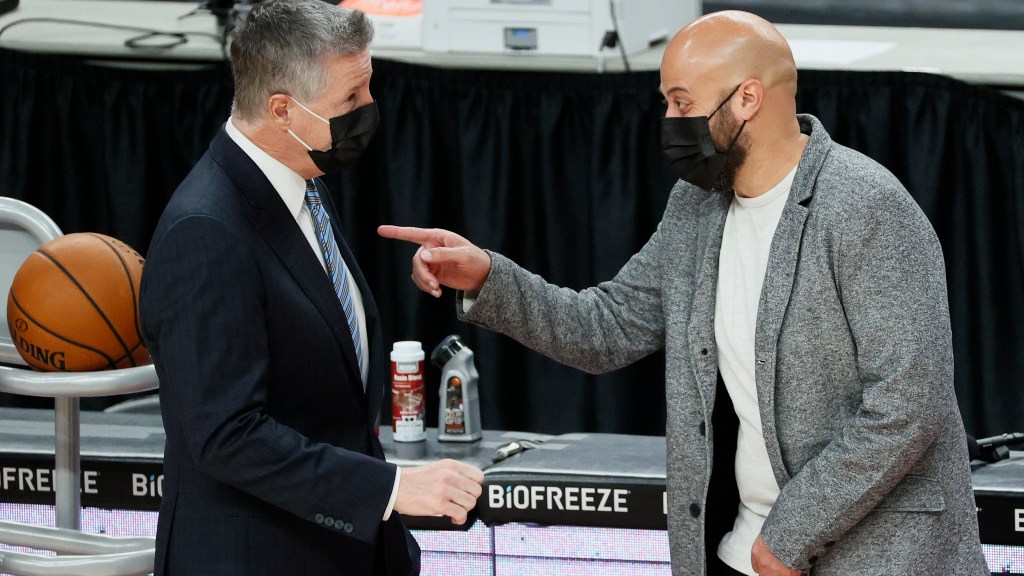 With the PJ Tucker trade deal, the Houston Rockets are further increasing their arsenal of first round capital project for the next seven NBA seasons. But that doesn’t mean they will make all those choices.

For Jonathan Feigen of the Houston Chronicle, general manager Rafael Stone is hoping to eventually package some of those draft assets in a trade for more immediate help. Feigen writes:

The Rockets made the move, trading players, Tucker and Rodions Kurucs, who were not playing for them, to improve their collection of draft assets. But the Rockets aren’t trying to rack up picks in hopes of improving their chances of finding a future star somewhere in the draft.

They are still quite willing, according to a person with knowledge of the team’s thinking, to trade picks for a player they might consider a pivotal piece, the kind of move they’d even be willing to make even in a largely lost season.

In many ways, it’s a similar roster to when former general manager Daryl Morey slowly improved his asset reserve before trading him for James Harden in October 2012. As was the case with Harden back then, the Rockets would have to convince that player of want to stay. with Houston for the long haul, so that those draft assets are worth giving up.

That kind of transaction doesn’t seem likely ahead of this season’s March 25 trade deadline, largely because a potential star of that caliber is not believed to be on the market. But as long as the next disgruntled star is available, be it in the next week, next offseason or beyond, Stone has the Rockets in a better position to attack.

PJ Tucker takes to Instagram to compose goodbye to Houston

The five teams with the most capital in the draft over the next 7 years. Https://t.co/btkePIA8LT pic.twitter.com/dDr1wlLpsu