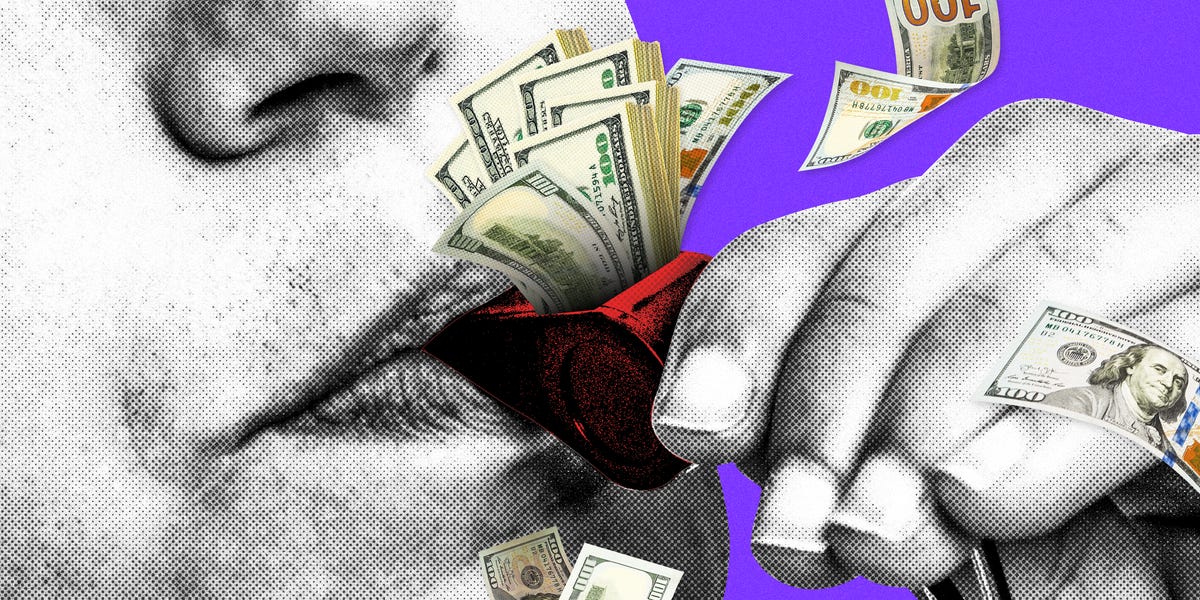 When Swedish billionaire Thomas Sandell settled a $ 105 million tax evasion settlement with New York State, a lucky informant took $ 22 million. Thanks to a law from the Civil War era, we will never know his name.

Sandell evaded his New York tax liability through an elaborate scheme in which he moved to London and opened a new office in Florida to pretend his hedge fund was not operating in New York, according to the state attorney general.

The deal was reached in February, but it took years to arrive. New York began its investigation in 2018 after an anonymous whistleblower, known only as “Tooley LLC,” filed a False Claims Act case against Sandell. The case is a textbook example of Civil War-era law-enabled public-private law enforcement partnerships, according to Tooley’s attorney, Randall Fox. “It shows how people with helpful information can multiply government resources to help uncover and prove fraud that would otherwise never have been disclosed, “he said after the deal was announced.

For the proper tipsters, these partnerships can also make for a big payday.

New York has recovered nearly $ 600 million from tax evasion cases since it began allowing tax claims under the False Claims Act in 2010. Those who blew the whistle made more than $ 100 million, according to the firm representing Tooley. And those are just tax cases in the Empire State.

The Securities and Exchange Commission has distributed more than $ 700 million to whistleblowers since the agency launched its own whistleblowing program a decade ago. Individual payments have skyrocketed in recent years: The SEC issued a $ 114 million whistleblower award last year, the largest payment in history. Other agencies, such as the IRS and the CFTC, have paid whistleblowers a record $ 104 million in 2012 and $ 30 million in 2018, respectively.

A whistleblower is someone who shares credible information about financial fraud, criminal activity, unsafe working conditions, or other inappropriate conduct with a government agency. If the information leads to a settlement, the whistleblowers earn a percentage of the financial penalties paid by the wrongdoers. While the process can take years, informants can earn millions of dollars for their valuable information.

The U.S. government has provided whistleblowers with some protections since 1778, and the False Claims Act, signed by President Abraham Lincoln in 1863, paved the way for whistleblowers to share information about people trying to defraud government programs. Also known as the Lincoln Act, the False Claims Act allows private citizens, usually anonymously, to file cases against suspected scammers on behalf of the government.

Almost 75% of the $ 2.2 billion False Claims Act settlements and judgments reported by the federal government in 2020 came from whistleblower complaints.

In the financial world, the Securities and Exchange Commission (SEC), the Internal Revenue Service (IRS) and the Commodity Futures Trading Commission (CFTC) have created whistle-blowing programs for the past 20 years.

Whistleblower councils have uncovered some of the most notable cases of financial fraud in recent years. UBS in 2009 paid a massive $ 780 billion settlement for helping wealthy American clients evade taxes, and Merryl Lynch in 2018 paid a $ 415 billion settlement for the misuse of billions of dollars in client funds. . The whistleblowers who tipped off authorities in those cases earned $ 104 million and $ 83 million, respectively.

Whistleblowing is a long game.

Getting a whistleblower payment isn’t easy. It can be a stressful job and it can take years of waiting in silence.

While several laws protect whistleblowers from retaliation, sharing confidential information remains a “very risky proposition” for employees who want to keep working because there is no truly safe roadmap, according to Wharton School professor Janice Bellace.

Filing an anonymous complaint can also mean spending years in the shadows while government agencies investigate your workplace or your colleagues.

The SEC, for example, said it generally takes two to three years to investigate allegations of fraud. Once the agency takes action, it takes even longer for a whistleblower to request an award; for the agency to review your claim; and that the complainant appeal if he is not satisfied with the award corresponding to his contribution to the case.

“The people who blow the whistle really have to keep the game long-term in mind and maintain a long-term mindset, knowing they won’t get paid soon,” Thomas said. He stressed that it is not enough for a potential informant to have information; it has to be detailed and correct, and the whistleblower needs courage, as well as personal and professional allies who can support him through the long process.

Although the process can be long and arduous, Thomas does not expect the whistleblowers to disappear anytime soon. Government agencies are under-resourced and highly dependent on them, he said.

“The IRS is doing fewer audits of wealthy people than ever before while working with resources at the level of the 1950s,” he said.

Whistleblowing is also a boon for attorneys representing anonymous whistleblowers. Most whistleblower attorneys work on a contingency basis, which means they bear the costs of trial preparation and litigation and are then paid a portion of the whistleblower award. Contingency fees vary, but successful complainants can expect to pay their attorneys 30-40% of the award.

The False Claims Act allows whistleblowers to file complaints against individuals who defraud the federal government, and federal agencies such as the IRS, SEC, and CFTC use whistleblowers to investigate financial crimes. But state governments have also begun to see the value of whistle-blowing.

In addition to New York, 20 other states will work with whistleblowers to combat multiple types of fraud under the False Claims Act, and another eight states will use the law for health care fraud cases.

That’s what happened in the Sandell case. The New York attorney general said the state may never have learned of his tax evasion without the help of the whistleblower. The whistleblower’s law firm, Kirby McInerney, worked with state authorities on the investigation after “Tooley’s” lawsuit was filed. The whistleblower’s attorney, Randall Fox, did not respond to requests for additional comment on the settlement.

Erkia Kelton, a whistleblower attorney and partner at the Phillips & Cohen law firm, said the opportunity to work directly with the prosecution is an important element of state and local False Claims Laws. With federal agency whistleblower programs, whistleblowers do not initiate a lawsuit and a report is not filed with the court. Informants who provide information to the IRS, for example, are generally not involved in the agency’s investigation, according to Kelton.

“The IRS really freezes whistleblowers because cases take forever to resolve, the agency is silent on the status of the investigation, and the IRS does not take advantage of the expertise of whistleblowers or the attorneys representing them.” Kelton said.

This means that tax fraud whistleblowers will increasingly seek ways to bring their advice to New York law enforcement to get more involved in the investigation process, according to Kelton. Informants can work with a state in addition to transmitting the information to the IRS, he said.