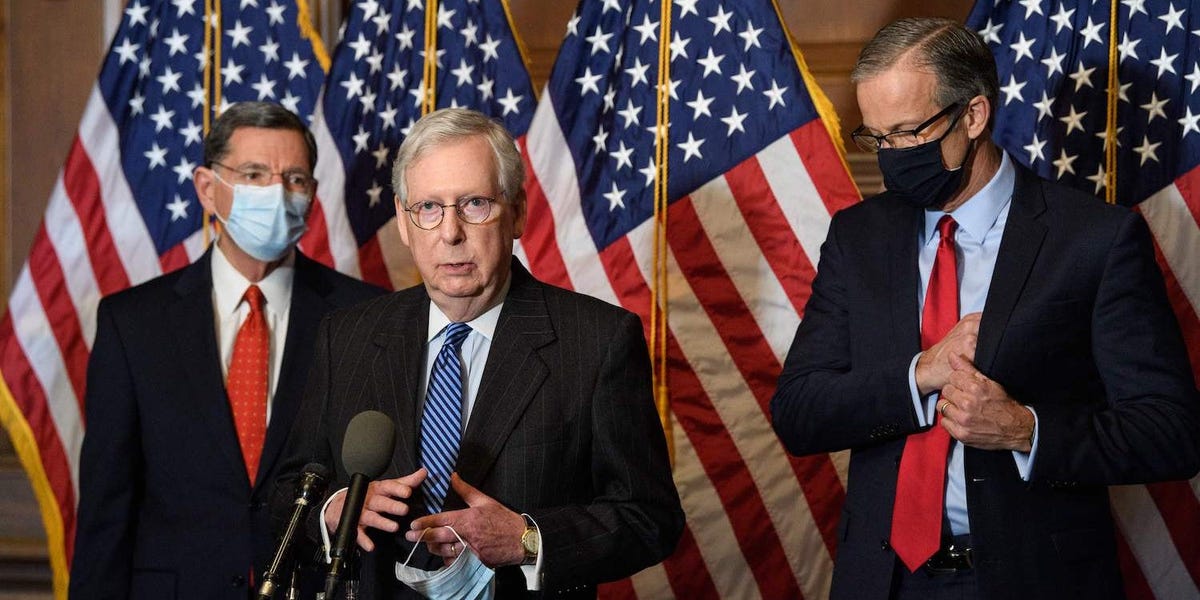 The Republican party always struggled to define itself after Trump, but the scope of that challenge has become increasingly apparent through the party’s clumsy reaction to the mounting consequences of Georgia’s controversial new voting law.

The voting law, which includes a provision that prohibits volunteers from delivering food or beverages to voters in line, has drawn a wave of criticism, including from major Georgia-based companies like Coca-Cola and Delta. MLB has also protested the law by moving the All-Star Game out of Georgia. Republicans argue that the law is designed to prevent voter fraud, an extremely rare and virtually non-existent problem in the United States.

In a bizarre turn of events, the typically pro-business and hyper-patriotic Republican Party is now calling for boycotts of Coca-Cola, perhaps the nation’s most iconic brand and America’s favorite pastime.

For decades, Republicans have made opposition to tax increases a central tenet of their political philosophy, while denouncing nearly everyone who calls for corporate taxes and regulations as socialists. But Republicans are currently threatening to raise taxes on businesses that criticize Georgia’s new law.

“Corporations will have dire consequences if they become a vehicle for far-left mobs to take over our country outside of constitutional order,” Senate Minority Leader Mitch McConnell said in a statement Monday.

“Why do we keep listening to these corporate hypocrites on tax, regulation and antitrust?” Republican Sen. Marco Rubio of Florida tweeted on Friday.

In fact, the same party that has consistently supported the notion that corporations should have the same free speech rights as people are now leading the charge to punish companies that expressed opinions contrary to their agenda.

“Mind-blowing hypocrisy from the crowd who fought for years to turn corporations into ‘citizens’ so they could make unlimited political contributions protected by the First Amendment,” said Democratic Senator Chris Murphy of Connecticut. tweeted on monday. “Republicans LOVE corporate free speech as long as the corporations agree with the Republicans.”

And as several top Republicans and Fox News, the Republican Party’s de facto state news channel, continue to rant about the dangers of the “cancel culture,” the party is effectively engaging in the very behavior it has been condemning by lobbying for boycotts of the main United States. companies and institutions with which they currently do not agree.

In short, the Republican Party has lost its sense of itself and has no discernible and compelling ideology. He’s in survival mode, as evidenced by the violent response to the backlash over Georgia’s new voting restrictions. But while the GOP’s effort to uphold the dividing law is clumsy, the legislation itself is part of a much more coordinated national effort by the party when it comes to elections.

The Georgia law, signed by Republican Gov. Brian Kemp, came as Republican lawmakers in state legislatures across the country pushed for a series of voting restrictions in the wake of the 2020 elections. At least 361 bills with Restrictive voting provisions had been introduced by lawmakers in 47 states as of March 24, according to an analysis by the Brennan Center for Justice.

After the deadly insurrection on Capitol Hill on January 6, political scientists and democracy experts warned that Republicans would increasingly adopt undemocratic tactics for fear of becoming a permanent minority party.

“What we’re seeing is basically a fear of a multiracial democracy,” said Carol Anderson, a professor of African American studies at Emory University. told Mehdi Hasan of Peacock in February.

And as America becomes increasingly diverse, the Republican Party remains an overwhelmingly white male party. The current Congress is the most racially and ethnically diverse in American history, according to Pew Research, but the vast majority of members of racial and ethnic minorities are Democrats (83%), while only 17% are Republicans. There are also more female Democrats in Congress (106) than Republicans (38).

The attack on the Capitol was largely catalyzed by Trump’s “big lie” that the election had been stolen from him, which was made possible and amplified by many Republicans in Congress. This lie, combined with the GOP’s fear of perpetual minority status, continues to fuel voter suppression efforts across the country.

Stacey Abrams, the former Georgia gubernatorial candidate who is credited with boosting a historic black voter to help Democrats change the southern state, told The Guardian in late March that Republicans are “responding to the big lie, to the refuted, discredited, bloodshed lie of electoral fraud.”