The real interest of Arkansas is that Gus Malzahn of Auburn wants to be loved and paid – tech2.org 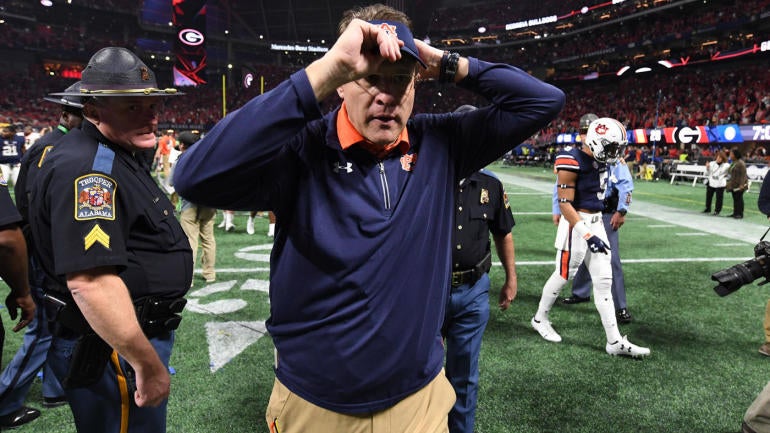 ATLANTA – Gus Malzahn just wants to be in a place where they love him. If that is Auburn or, ahem, some other place is the question about the clock.

Sources close to Malzahn here over the weekend indicated that a possible departure to Arkansas is realistic, though not necessarily a done deal.

"Arkansas is serious," said a different source close to the situation. "They want it in the worst way."

A figure was, according to the source, $ 50 million for seven years. (For context, Jimbo Fisher just received $ 75 million out of 10 from Texas A & M.)

Malzahn, these sources say, is frustrated by the ever changing perceptions of him in Auburn. After five seasons at The Plains, he is one of the few coaches who has beaten Nick Saban twice.

After a second Iron Bowl victory last week, the Tigers played for the SEC title for the second time in five years. A loss of three touchdowns in Georgia will not help to change the direction of those fickle winds in Auburn.

Who is your boss with the departure of sports director Jay Jacobs? What exactly does Malzahn have to do to please the Auburn fans?

There was at least one report last week that Malzahn's representatives had made a proposal to Auburn for a new deal. But Arkansas reports continue to indicate that Arkansas loves Malzahn badly. ESPN's Mark Schlabach said Arkansas is ready to "back the truck."

Malzahn remained cautious with his post-match comments on Saturday.

"Yes, I am happy in Auburn," he told reporters. "We have great players, I love my players, as I said before this game, we work very hard to get here, and we have a very good built base, and I think the best is yet to come."

Will it be you? the next season?

Malzahn is 45-21 in his five seasons at Auburn. He was a highly successful high school coach in the Fayetteville, Arkansas area before becoming Arkansas' offensive coordinator under Houston Nutt in 2006.