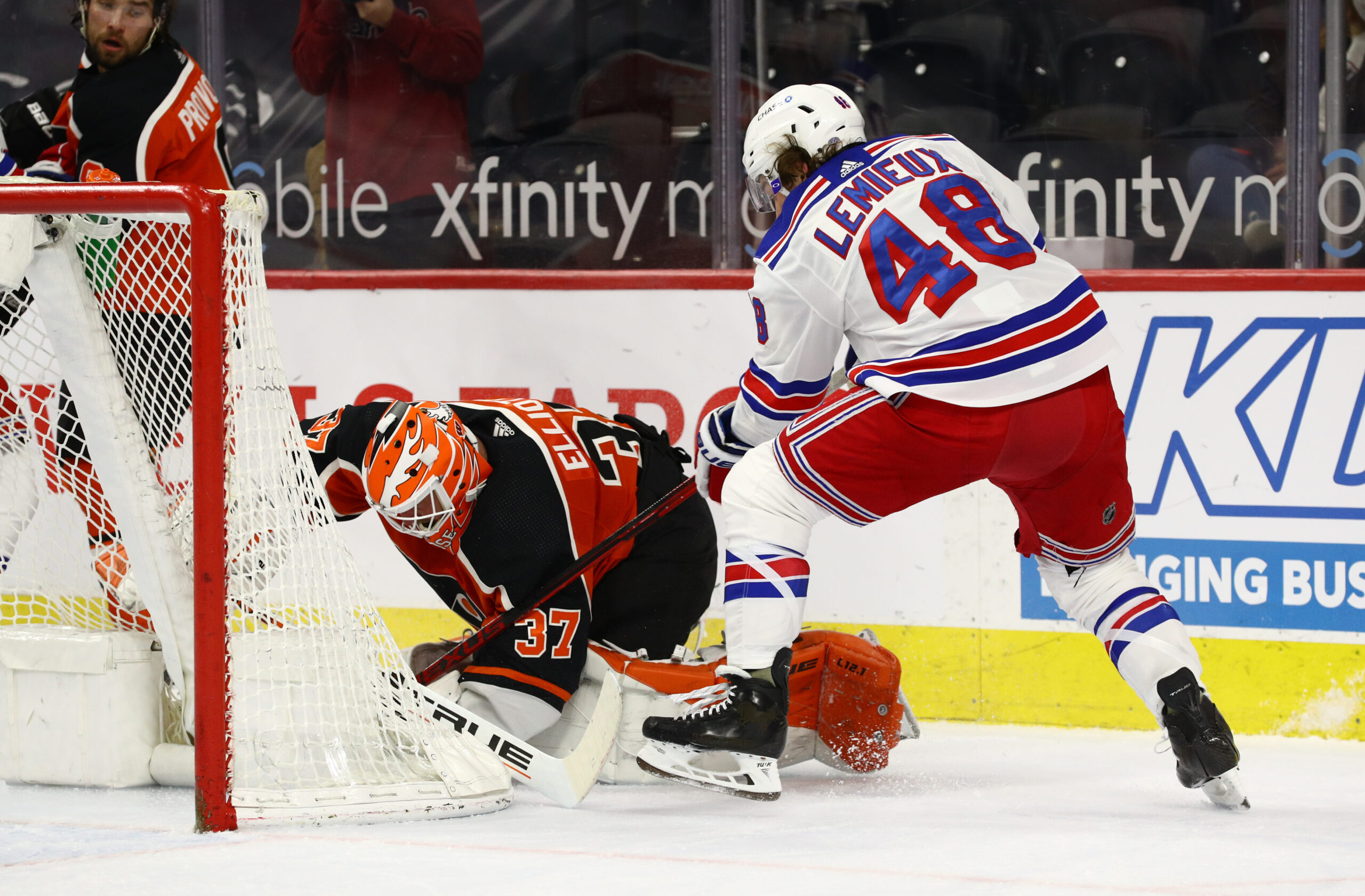 The Blueshirts didn’t play a bad game. They didn’t play very well either. The Flyers came out with a lot of energy and maintained it throughout the game. If it weren’t for Igor Shesterkin, this game would have been lost much sooner than it was.

What did people hope, that Alain Vigneault would let his team turn around and die again against the Rangers? He had his team ready, but a penalty from Travis Konecny ​​led to another goal from Mika Zibanejad. The Blueshirts would skate the first period with a 1-0 lead after Igor Shesterkin stopped all 17 shots being thrown at him.

Sadly, the Rangers goalie failed to stop two of the final 20 he saw the rest of the way. Nolan Patrick would tie for second in the power play and Samuel Morin used a screen in third for the winner. It was not a spectacular goal as he simply threw it into the net with traffic. Shesterkin didn’t see it and that was the game.

“That was a hungry and desperate team, obviously,” Zibanejad said. “They came out hot at first. I thought they were releasing records on the net, they were spreading us out in our own area. … We didn’t do a good enough job to put the records behind them and try to beat them. They were good today, but we really weren’t up to our level. “

Stepping back and looking at the Rangers’ recent game shows that the team is playing very well. They are 5-2-1 in their last 8 games with a home game against the Capitals tomorrow.

Brendan Lemieux was traded to the LA Kings for a fourth-round pick. Rumor has it that Vitali Kravtsov could make his club debut tomorrow, but the Rangers needed to make room for other players as well. With Phil Di Giuseppe off the COVID list and Brett Howden soon to follow, there is a log jam.

Forever Blueshirts also learned that Morgan Barron will eventually get a call this season. The winger who is also on trial downtown is doing very well in Hartford. His time will come soon.