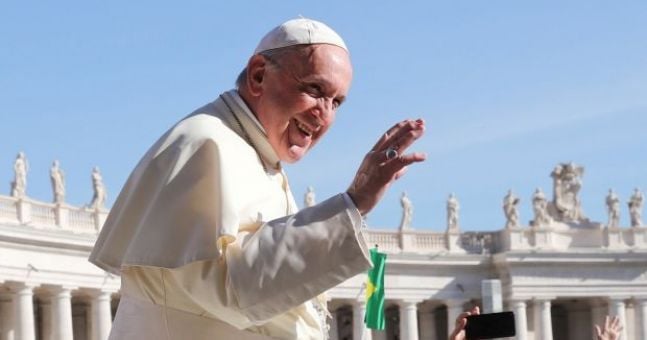 POPE FRANCIS urges followers of Catholicism to enjoy the simple pleasures of life, including food and intercourse.

He says that they are “divine” pleasures given to us by God, who have been victims of “exultation”.

In a book of interviews published on Wednesday, Francis says: “Happiness comes directly from God, it is neither Catholic, nor Christian, nor anything else, it is only divine”.

“The Church has condemned inhuman, cruel, vulgar bliss, but on the other hand has always accepted humane, simple, moral pleasures,” he said.

The pontiff stated that there was no room for an “extreme morality” that deprives itself of enjoyment, and that it is something the Church was guilty of encouraging in the past.

He insisted that this was a “misinterpretation of the Christian message”.

“The pleasure of eating is to keep you healthy from eating, just as sexual pleasure guarantees making love more beautiful and sustaining species.