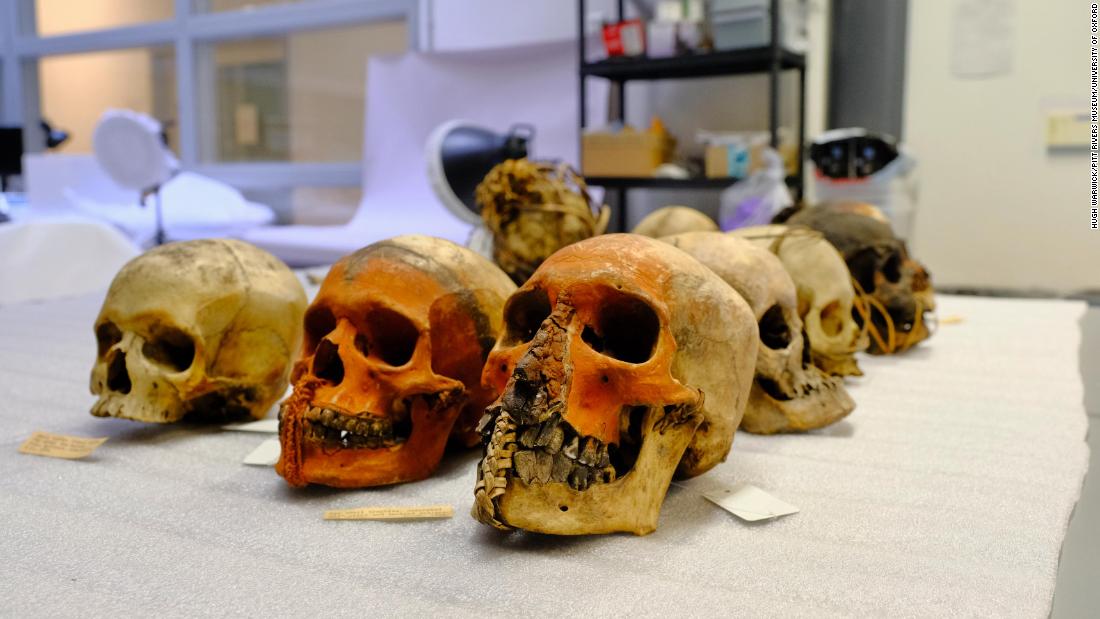 A collection of shrunken heads has been removed from a museum attached to the University of Oxford, which it refers to as its dissolution process.

The Pitt River Museum has been closed for several months due to a coronavirus epidemic. When it reopens on September 22, it will look different to visitors.

Employees are extracting human remains from a collection of over 500,000 artifacts, after a three-year review of performance and programming “from an ethical standpoint”. In total, 120 objects containing human remains were removed from view, along with an additional 71 non-biological items on display, the museum reported on CNN Tuesday.

The museum said in a statement on Monday that the changes were motivated by a “desire to connect deeply with the colonial heritage”.

The Museum of Anthropology, Ethnography and Archeology acquired its vast collection, which includes musical instruments, weapons, masks, textiles, jewelery and instruments, for over 130 years.

The museum is known for its collection of quirky curiosities. Credit: Ian Wallman / Pitt Rivers Museum / University of Oxford

The artifacts include the Shuar Tsanta – or shrunken heads – created by the Shuar and Achuar people of Ecuador and South America.

From the human, lazy and monkey chiefs, the museum said, they were in great demand and collectors would pay one gun each.

The museum inspired the magic shop in Knockturn Ale in the film adaptation of “Harry Potter and the Prisoner of Ajacaban”, showing a shrunken head. A spokesperson for the museum told CNN that the production team visited the museum, researching the scene.

Most of the museum’s collections are “commonly used, with many historical labels on artifacts of racist and derogatory language,” the museum said, “closely tied to the colonial mandate to expand British imperialist and classify objects from around the world.” Has happened”. At that time. ”

Other human remains, including the head of the Naga trophy and the Egyptian baby mummy, have now been moved into storage.

The museum said it did not ask heads of the Shuar community to return, but it “is open to any discussion about their repatriation and will continue to negotiate with Shuar representatives over the following years.”

The museum said it still “takes care of,” rather than owning, More than 2,800 humans live from different parts of the world.

Descendant communities are being approached to find “the most appropriate way to care for these complex items”.

Museum director Laura van Broeckhoven said in a statement, “Our audience research has shown that visitors often view the museum’s human remains as a testament to other cultures, which are ‘wild’, ‘primitive’ or Are ‘horrific’. ”

“Instead of enabling our visitors to access a deeper understanding of the ways in which each other happens, the exhibits reinforce the racist and conservative thinking that goes against the values ​​of the museum today.”