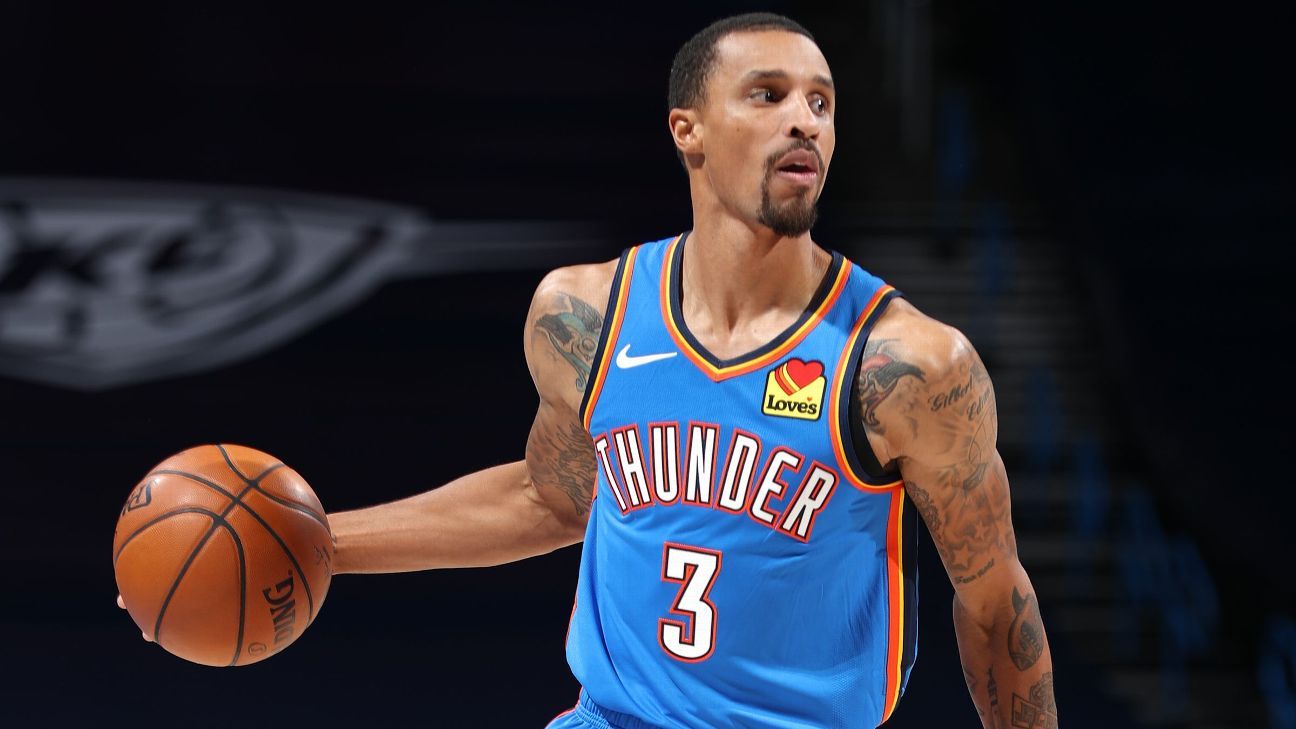 With the NBA enforcing strict health and safety guidelines amid positive coronovirus tests and the breakout of close contacts, some behind the protocol following Oklahoma City Thunder guard George Hill’s 112-102 home loss to the San Antonio Spurs on Tuesday night Gave arguments

Hill said, “We want to play the game … but I don’t understand certain rules.” “We can sweat 48 minutes with a man next to us for 48 minutes, but we can’t talk to them later. It makes no sense.”

Within the enhanced rules, pregame and postgame interactions with opposing players are limited to elbow or fist bumps only, in which “extended socialization” can be avoided. Which means no standard play after a game with a former teammate or friend, a standard practice first.

Also in the new guidelines: Hotel rooms are now closed to non-team guests on the street. In addition, movement of players and staff is limited on the road, both of which are now prohibited from leaving the hotel for non-team activities. Previously, players were allowed two guests in their rooms, including family and longtime personal friends.

The NBA postponed four games this week as three of the COVID-19 issues included the Boston Celtics. Along with the Celtics, the Miami Heat, Philadelphia 76ers, Dallas Mavericks, Washington Wizards and Chicago Bulls are all dealing with significant issues in fielding the eight players required due to positive testing and contact tracing.

Players are also now required to wear a mask at all times that they are not playing. There is a brief “cool down” period in a designated area when they have exited the game, but masks are required on the bench and in the locker room.

“It’s necessary, and I’m willing to do whatever it takes to get rid of this COVID thing,” said Thunder guard Shay Gillies-Alexander. “If it means I have to wear a mask on the bench the whole time, then this is what I’m doing and I’m going to do it. I want to go back to normal life, and whatever it is I want to take back, I’m I am doing Is going to do it “