The nostalgia of Android: 13 functions with a single trumpet that faded in silence 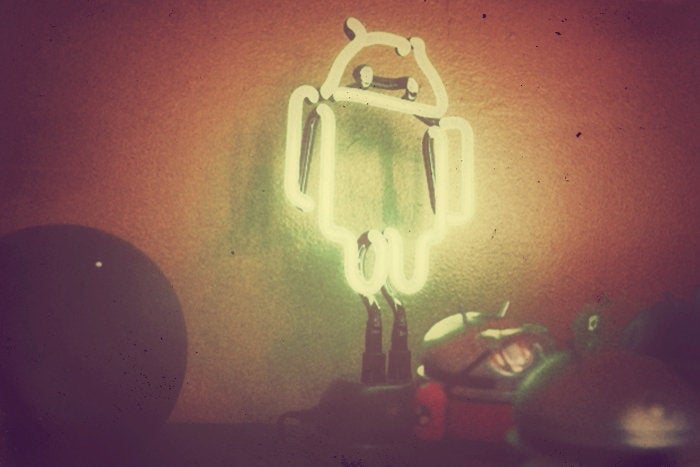 Every time a new version of Android arrives, a new game begins: Which of the features of the cool platform described with love will not be able to fulfill its hype and then end up disappearing from the foreground, either to be eliminated by completely or simply forgotten and consigned to oblivion?

It seems a funny thing to say, but when you look back at the history of Android, you realize how many of the features that once transformed the sound ended up failing and being forgotten shortly after its great debut. Some remain hidden in the software while others disappear silently after a period of inertia, but all share the fact that they are not even close to the elements worthy of the central scene that they once seemed to be.

So take some popcorn and get ready for a trip full of nostalgia, one that should be filled with more than one "oh, right, what happened to that ?" reactions.

Mira- eh ? His name may be a distant memory for most of us today, but a marquee feature of Google's Android Jelly Bean 2012 version was compatible with a new wireless transmission protocol called Miracast. Hell, it was even described by some as the main "highlight" of Android 4.2.

Suffice it to say that Miracast never understood it as a standard, and Google finally pivoted towards its own Chromecast / Google Cast system as the Android transmission setting of choice. With the release of Android 6.0 Marshmallow in 2015, Miracast officially disappeared from the operating system completely, much to the dismay of approximately seven people.

One of the most promising new elements of Marshmallow was support for third-party actions in the Android text selection menu; You know, what appears every time you highlight text on your screen. At the time of the launch of Marshmallow, Google Translate and Wikipedia took advantage of the ability and added their own custom commands (to translate highlighted text on the fly and look for it in Wikipedia, respectively).

These two applications were supposed to be mere examples: the first steps in a new and rich ecosystem of custom text selection actions. But fast forward to today, and the best I can say is that they are still pretty much the only major applications that support the feature. In addition, none of them bothers to emphasize such support or alert users about the possibility in a visible way. Translate even started to promote an alternative method of translating text in the field just a few months after Marshmallow's debut.

So much for that revolution, huh?

Being able to put widgets on the lock screen was a "killer feature" of Android 4.2 2012.

4. The specific user interface of the tablet

Already in 2011, Google made a great demonstration of its new version of the tablet interface with its version Android 3.0 Honeycomb. The main functions of the system, such as navigation buttons, notifications and the application drawer, all existed in the corners of the screen to facilitate access to two hands more than ever. It was a whole new world for big-screen ergonomics!

Well, for about a year, anyway: in 2012, Android 4.2 brought the more traditional user interface similar to a phone back to the tablets. These days, the tablet-specific user interface (UI), which was once promoted, can only be used on the Motorola Xoom (pour one out …) and other older Android devices.

Here's one for the true Android veterans among us: in the old era of 2009, Google's Android 1.5 Cupcake release brought an incredibly apparent feature to the equation: a small, elegant element called Live Folders.

As Google explained in its Android Developers Blog, Live Folders "let [apps] shows any data source on the home screen without forcing the user to start an application." That meant I could have a folder with a dynamic view of contacts, bookmarks, playlists, email, news, etc., and any change in the related data would appear in the folder in real time. (You know, like it's "live." Get it?)

If this concept sounds a lot like a widget, it's because it is. Support for third-party widgets was also added in Cupcake, and that configuration clearly ended up being the most versatile option. Live Folders died with nary a tweet along with the arrival of launch of 2011 Honeycomb.

Google made a big deal about re-launching and rebranding the Android Contacts app with the 2011 version of Android 4.0 Ice Cream Sandwich. Our phones were much more than contacts, he thought, so it made more sense to call the "People" app and make it act as a hub for all of our social communications.

The People application aimed to bring all the social network connections of your contacts to unique and centralized profiles. At that time, you could see a person's tweets or Google+ posts: an "open window to their social world," as Google said at the time.

Unfortunately, changing the name of Contacts to "People" seemed to confuse people who could not. Do not guess where their contacts had gone. By Lollipop, the application abruptly returned to its original name, and it did not take long for the entire "single center" to fade away as well.

Video editing has never been exactly one of Android's greatest strengths, so the advent of a native system application for film manipulation was a big selling point for Honeycomb in 2011.

But, interestingly, Google seemed to give up on its well-named Movie Studio application almost immediately after its birth. The application never received much of updates or improvements, and after sending it sporadically with Android devices through the Nexus 4 of 2012, it simply evaporated silently, not to be replaced or discussed again.

Wireless charging was the essential function of the future for a while on Android (remember the famous Nexus 4 charging orb?). However, at one point, with the cable loading becoming faster and easier to administer, most manufacturers seemed to decide that the wireless option was no longer as critical to offer, and today, Android phones with Qi support have become the exception plus the rule.

Of course, now that Apple has magically innovated wireless charging, and I'm sorry, "AirPower", on its latest devices, is likely to be a safe bet the function will reappear on Android phones in a short time.

All the cool guys unlocked their phones with their faces for about five minutes in 2011, when Google first introduced the feature as part of its Android 4.0 release. Even though the facial security system grew more and more over the years, it was never as fast or easy to use as an old-fashioned pattern or fingerprint hit, and it did not take long for most people to give up the idea that it is more than just an impractical saloon trick in the real world.

While one could argue that this is only an inherent limitation of the concept Apple's new interest and progress in the area will almost certainly force Google and / or individual Android makers to shake your face as a front and center phone unlocking utility. So keep your eyes open for a possible resurgence.

There was a time when being able to use your phone as a remote control was a serious point of sale and point of differentiation for some Android device manufacturers. The feature was prominent enough for Google to add official support for it on the platform with the Android 4.4 KitKat version of 2013.

Certainly, some phones still offer the ability to fire IR-style today, but it's a long way from the box. worthy of a vignette that was once.

If you dig deep enough into the configuration of your Android device, you'll find an option for Google's Android Beam system. But honestly, when was the last time you used it? Or heard does someone mention it in any way?

Back in its debut in 2011, Android Beam was a genuine source of excitement, a "futuristic turn" that used the then new Near Field Communication technology. so you can play two phones together and transmit information between them like a magician.

Let's all say it together: Whoa …

And, sorry for my Keanu, but again:

The problem: Despite the admirable marketing effort, Beam never worked very well, and many other systems for sharing things proved to be simpler and more reliable. The only real surprise is that Beam actually still exists in the operating system at this time, but who knows? Maybe it's just a matter of time.

Another creation of Android 4.2, Daydream introduced the ability to set a custom screen saver that would be displayed every time your phone was docked or charging. Boy, oh boy, was the business when it arrived!

Then, like the other features on this list, the spotlight went – and Daydream was buried and forgotten. So much, in fact, that when Google announced Daydream as the name of its new virtual reality platform in 2016, almost nobody seemed to establish the connection .

Following the superimposed release of new Daydream, the original Daydream was unchecked and renamed "Screen Saver". It still exists under a few layers in the Android system configuration, where dozens of people find it and use it well every year.

Some things come and go for a good reason, or at least with a relatively minimal impact. But Google Now? Google Now was something special. It was something unique. It was something that brought Google's unique knowledge about our lives and our world together in a fantastically useful way. And Google Now On Tap had the potential to take its power even further and completely change the way we interact with Android.