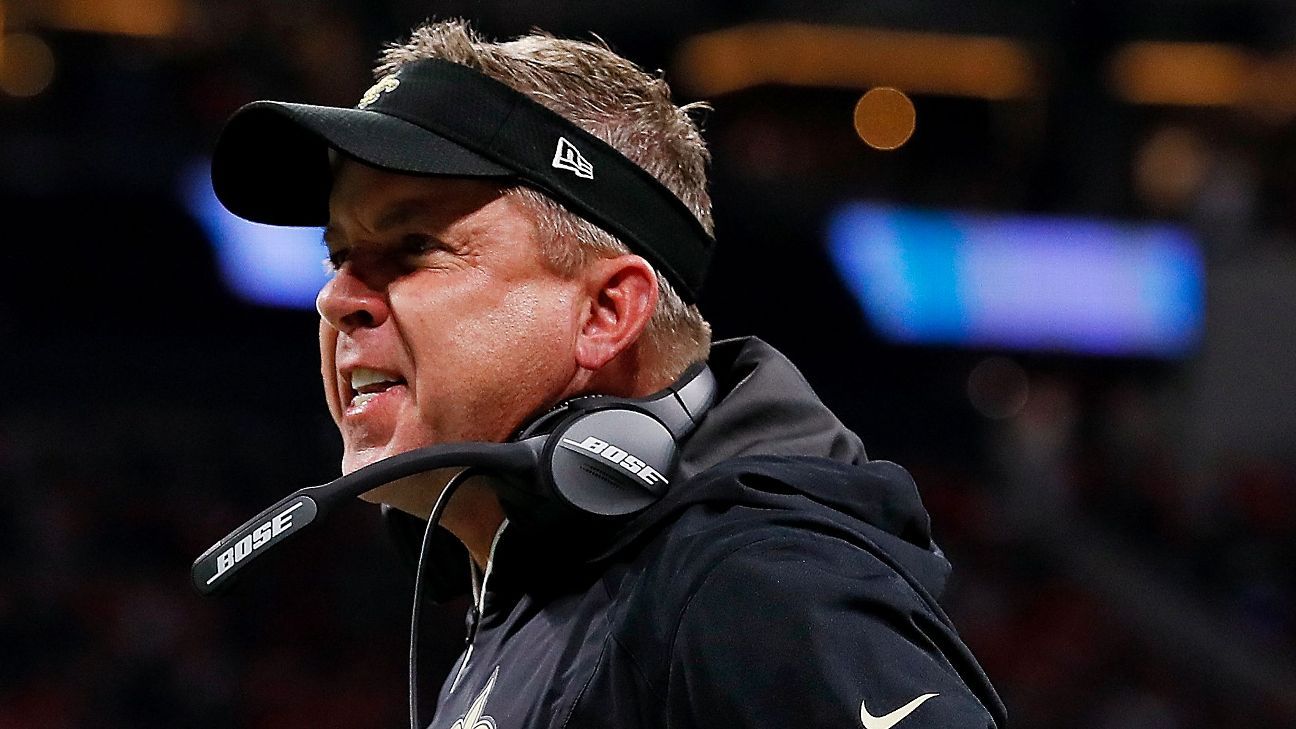 The NFL is reviewing the behavior of New Orleans Saints coach Sean Payton before the refereeing team during the Atlanta Falcons 20-17 loss on Thursday night, according to their usual practice each time a sanction is imposed Unsportsmanlike behavior towards the officers.

The referee's team Clete Blakeman penalized Payton for running to the field to field judge Joe Larrew with 1 minute, 5 seconds left in the game. Payton said he was trying to ask for a timeout and then Larrew "asked me again".

Payton added: "I said, I've already called the timeout." Probably I said it with a little more push or vigor than I did. I was supposed to do, but I've had enough, I have to be smarter than that. "

The Falcons were facing a third attempt, and the first down penalty essentially ended play. Of the first 26 attempts by the Falcons on Thursday night, 11 came by penalty.

The NFL may issue fines and even suspensions for conduct toward officers if it so wishes.

The NFL review of Payton's behavior by the NFL Referees Association to discourage both unsportsmanlike conduct and physical contact with officials. In particular, side judge Laird Hayes was knocked down and bruised in the ribs while trying to break a fight between the Denver Broncos and the Oakland Raiders in Week 12.