A US Navy veteran has claimed that he was unaware that he had been living with HIV for more than two decades, as government health care workers had not informed him of his positive test result in the mid-1990s.

In a federal lawsuit filed this week, the South Carolina man says he ended up with ‘full-blown AIDS’ because he never received treatment after being kept in the dark.

His lawyer Chad McGowan said, “The treatment that is currently underway is effective, but essentially 25 years of wear and tear is not a cure.”

“He feels extremely guilty about his girlfriends over the last 25 years because he didn’t know,” he said.

A US Navy veteran has filed a lawsuit against the Department of Veterans Affairs claiming health officials neglected to tell him that he was HIV positive in 1995.

The VA ‘generally does not comment on pending litigation,’ agency spokesman Marlus Black said in an email.

He was aboard a destroyer that crashed into an aircraft carrier off the coast of Scotland, McGowan said.

The destroyer was asked by the soldiers to leave the ship. He and others were rescued from the North Sea.

He was classified as handicapped due to his physical and mental injuries, and began treatment by the Veterans Affairs Department.

The guidelines require that patients be informed of any positive test result and commencement of treatment. 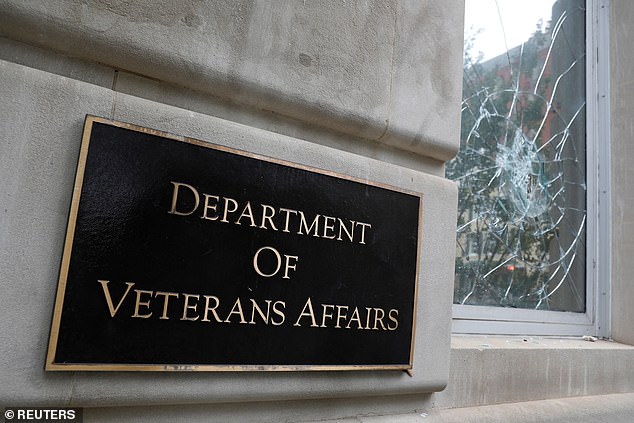 The Navy veteran, identified as John Doe, said he ended up with ‘full-blown AIDS’ after being kept in the dark by VA officials in South Carolina about his diagnosis.

The lawsuit states that Mr. Doe was not informed until decades later about a positive HIV test, in apparent violation of the standard of care.

In 2014, a nurse practitioner at a Columbia facility wrote a memorandum of 1995 lab tests, according to the medical records included in the complaint.

Information about the complaint is still not disclosed to the veteran.

In 2015, the veteran saw another doctor through the VA who wrote in a medical record that he was showing positive HIV tests in 1995 lab results.

The doctor asked him who his infectious disease doctor was, and the veteran said he did not have one. The doctor also asked the veteran if he knew he was HIV positive, and he replied that he was never told about any positive tests.

It was not until September 2018, when the Veteran made an emergency trip to Maimonides Medical Center – a non-VA hospital in New York City – that he received a definitive diagnosis and began treatment for HIV / AIDS.

At that point, he responded well to antiretroviral therapy, but ‘the virus had already progressed to full-blown AIDS,’ the complaint states.

He “suffers unnecessarily for decades with co-existing conditions in HIV-infected individuals, including lymphadenopathy, neurotoxoplasmosis, muscle pain, and joint pain,” the complaint. 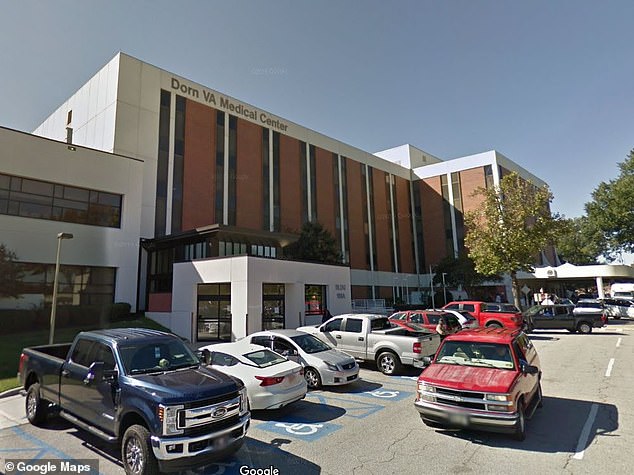 HIV testing was performed in November 1995 as part of standard laboratory testing at the US Department of Veterans Affairs Medical Center (pictured) in Columbia, South Carolina, the lawsuit states

Some people who are HIV positive can live for many years without developing symptoms, but in others the symptoms develop very quickly, experts say.

The director of the Center for AIDS Research at Emory University in Atlanta, Drs. Carlos Del Rio said, “Some people progress really fast and some don’t progress at all.”

‘I can’t think of any specific situation where someone’s test results were delayed that way,’ said attorney Scott Schoets, HIV project director at Lambda Legal, a courtroom that deals with HIV around the nation Cases involved.

Schuettes is not involved in the South Carolina case.

McGowan said he had been advocated for other VA patients who were not informed in a timely manner after the biopsy, ‘but nothing happened when there was a delay of 25 years’.

He said, “Like Mr. Doe in experience working with patients, VA has a lot of providers that come and go, that they try to keep a continuum of care, but all the time stuff falls through the cracks ,” They said.

‘Communication issues, I believe. Like it gets pushed down in the file and no one sees. ‘