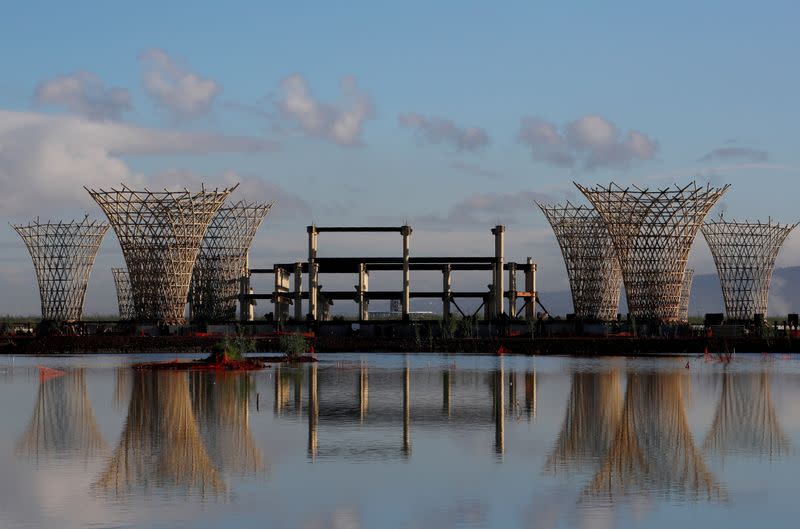 MEXICO CITY (Reuters) – Mexican President Andrés Manuel López Obrador on Monday attacked an official report that said the cost of the 2018 cancellation of a new airport in Mexico City started by the previous administration was much more. higher than what his government had claimed.

“I would like them to explain that figure,” López Obrador said at a press conference.

“It’s wrong, it’s an exaggeration,” he added, suggesting that the ASF was helping its adversaries.

Following a widely criticized referendum he had called for, López Obrador in late October 2018 announced the termination of the project, his predecessor’s flagship infrastructure scheme, which initially cost $ 13 billion.

López Obrador was elected president in July 2018 and made the call for cancellation on the basis of the referendum nearly five weeks before taking office in December of that year.

He argued that the airport project was riddled with corruption and geologically flawed. Just 1 percent of the population participated in the vote, which was supervised by the president’s party.

The cancellation of the ambitious project shook the financial markets and, although the government spent billions of dollars to pay investors, López Obrador has always maintained that his decision has saved billions to the public coffers.

Later, he ordered the construction of a cheaper alternative airport to the north of the city, supervised by the army.

The ASF report also highlighted other public sector waste during 2019 under the supervision of López Obrador, which he also questioned.

“Your numbers are wrong,” he said. “I have other information.”