The Mets beat the Diamondbacks 3-1 behind deGrom, Conforto 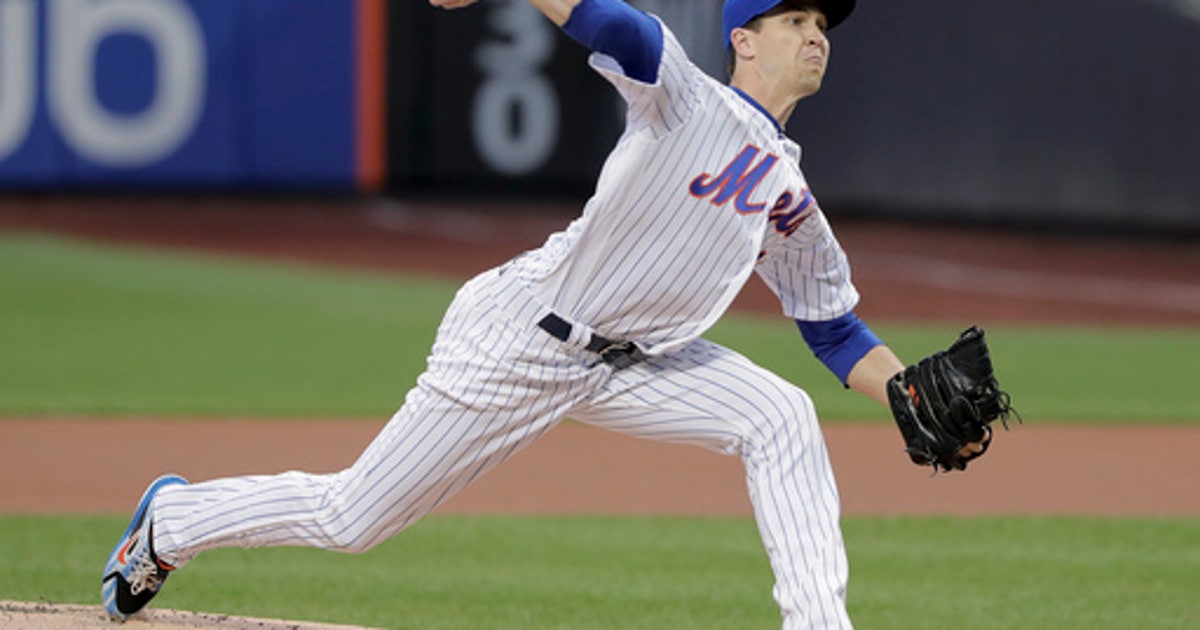 Wilmer Flores led a run and scored another to help the Mets win an opening game between struggling teams. Both bolted to rapids start this season just to sizzle lately.

After an abbreviated start last weekend on his return from the disabled list, deGrom (4-0) pitched seven major innings this time and has won his first four decisions in a season for the first time. His best run-off run of 24 1/3 innings was broken when Jake Lamb, who has just returned from a shoulder injury, hit a double-header in the sixth.

Lamb, however, was ejected by stretching in third for the second out of the entrance.

Slugger slugger Paul Goldschmidt revived four times against deGrom, who allowed six hits and gave no tickets. The right missed a turn with a right elbow hyperextended before returning Sunday to Philadelphia, only to be withdrawn as a precaution after an inning because it took him 45 pitches to pbad the first. Philadelphia committed a lack of 20 pitches and DeGrom gave three pbadports but did not allow a run.

Robert Gsellman worked a perfect eighth and Jeurys Familia struck out the team in the ninth for his 12th save.

It was the third time DeGrom has played 13 in a regular season game. He also did it during the 2015 playoffs against the Los Angeles Dodgers.

Conforto, who equaled his personal record of hits with four singles, had a single producing two runs in the first inning and another in the fifth. Both came from starter Zack Godley (4-3), who allowed three runs, one win, four hits in six innings.

Arizona, which still leads the West Division of the National League, has lost eight of nine. The Diamondbacks opened a nine-game road trip.

Flores had an RBI groundout in the first after a costly mistake by Arizona second baseman Daniel Descalso. Flores also doubled and scored in the Conforto single in the fifth.

Diamondbacks: Shelby Miller (surgery Tommy John) made his second start Thursday, allowing two runs and two hits with seven strikeouts in 3 1/3 innings. He threw 63 pitches, 43 for punches. His next step is to get up to 75 pitches and five innings in the extended spring, manager Torey Lovullo said. … LHP Robbie Ray (oblique forced right) played the catch from 90 feet. … RHP Randall Delgado (forced left oblique) threw a bullpen. … RHP Braden Shipley (inflammation of the right elbow) was activated from the 10-day disabled list and option to Triple-A Reno.

Mets: CF Juan Lagares, winner of the Gold Glove in 2014, will miss the rest of the season due to an injury to the big toe of his left foot. Lagares is tentatively scheduled for surgery next week. … 3B Todd Frazier was eligible to leave the disabled list, but he is day to day with his hamstring tendon stretched. "I think we were initially hoping he might be playing a rehab game today, but he's just not there," manager Mickey Callaway said.

Diamondbacks: LHP Patrick Corbin (4-1), 2.53 ERA), which comes from a loss to Milwaukee, launches the middle game of the series on Saturday night. Corbin is 1-3 with a 4.95 ERA in seven games in his career, six starts, against the Mets. Opponents are batting .174 against him this season, which ranks second in the National League.