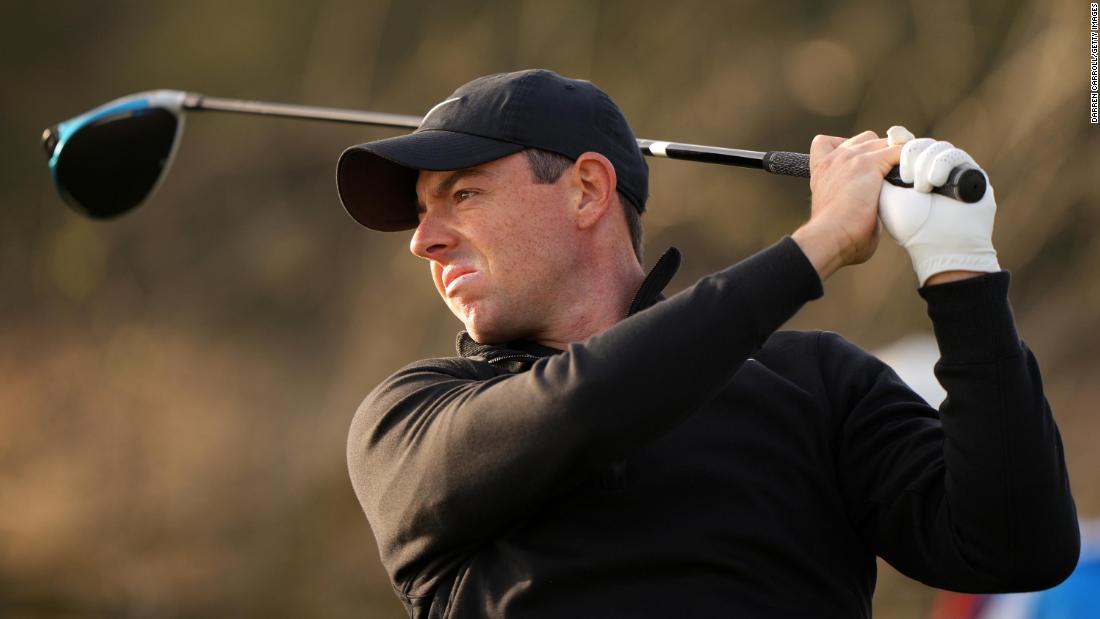 Enacted into law last month, the election law imposes new voter identification requirements for absentee ballots, empowers state officials to take over local election boards, limits the use of ballot boxes, and makes it a crime. approach voters in line to give them food and water.

“I have to be respectful and somewhat careful with what I say because I am not a citizen of this country, but I certainly believe that all great countries and democracies are based on the same voting rights and everyone can get to the polls with the same ease. as possible, “four-time major winner Rory McIlroy told reporters on Tuesday.

“I am totally in favor of people going out to vote and having a great democracy, and I chose to live in this country because I believe that this is the best country in the world. You know, America is the land of opportunity and it is the American dream. You work hard, you get rewarded, so I believe in all of those things.

“But yes, I am totally in favor that people can have the right to vote and be able to do it in the easiest way possible.”

The PGA Tour has already said it will not move the Atlanta Tour Championship this year, scheduled for Sept. 2-5, and said it has a financial commitment to charities and the local community.

Collin Morikawa, the 2020 PGA Championship winner, praised the work the PGA does and believes voting law should be the main focus of conversations this week when the eyes of the world are on golf.

“This issue of the voters and the vote of the American citizens is very important,” he told reporters. “I think that’s the topic that we should all be talking about. We shouldn’t be talking about whether or not we’re here. The Masters, the PGA Tour, we do a good job and we’re trying to help communities. And I think that’s it. our main goal for the week.

“But generally speaking, the issue of voter rights and all that, that should be the issue that we talk about, not if we are here playing golf. We are trying to do our best to help the communities and obviously give back to what we’re doing during the week, and that’s our ability to travel around the world and across the US and give back and give opportunities, like I said before.

“Those opportunities are really important.”

In response to the new law, which has been widely criticized by advocates of the right to vote, civil rights groups and private companies in the state, Major League Baseball announced that it would move the 2021 All-Star Game from Atlanta to Denver, Colorado.

Cameron Champ, one of golf’s brightest prospects and a two-time Tour winner, says the new law is “shocking” and “frustrating.”

“As you can see, it really does target certain black communities and makes it more difficult to vote, which for me is everyone’s right to vote,” he said. “For me to see that, it’s very shocking. Obviously with MLB and what they did and moving the All-Star Game was a huge statement. I know there are a lot of other organizations and companies that have moved things.

“Again, this is a prestigious event, and I know there is a lot going on with him and the people involved in it. But then again, yeah, it was definitely a bit frustrating to see that. This week, I will definitely be supporting by doing some things. during the week “.

US Open champion Bryson DeChambeau added that diversity and inclusion are “incredibly important” to golf.

“From my perspective, what’s going on now, I think you look at Augusta National and the PGA Tour and what we’ve been doing to grow the community and grow the sport and grow the charities that we can give back.

Dianne Gallagher and Paul LeBlanc contributed to this report.