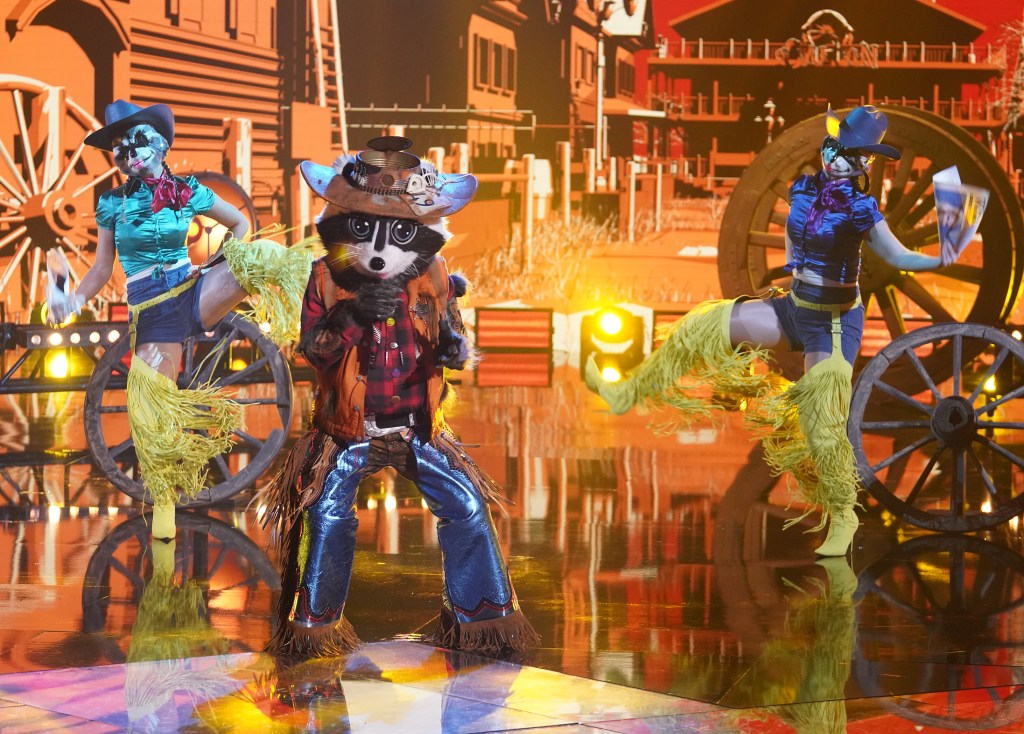 SPOILER ALERT: Don’t read ahead if you haven’t seen “The Masked Singer” Season 5 Episode 3, which aired March 24 on Fox.

Danny Trejo has spent the last few weeks dodging people in public by asking him if he’s the raccoon on “The Masked Singer.”

“The Masked Singer” likes to keep the identity of its celebrities a secret, but Trejo’s unmistakable growl can’t be hidden. And it turns out the fans were right: Trejo is the latest star to be unmasked on Fox’s hit singing show.

“I would go to the market and someone would say, ‘I know it’s the raccoon!’ I’d say, no, you didn’t see me on ‘Heat’? I did ‘Con Air’, I’m not the raccoon, what is the raccoon! I think my best acting jobs have been at Vons Market, when women started telling me I was the raccoon! “

Trejo said he was drawn to “Masked Singer” in part because of the costume as well. “When they contacted us, I had seen [the show] before and I thought it would be cool and then when they showed me the costume, that raccoon. I have a schnauzer that looks exactly like the raccoon. My dog’s name is John Wesley Harding, [after] He was the meanest cowboy in the West, who once killed a man for snoring too hard. They thought I was playing raccoon, but actually I was playing my dog, John Wesley Harding. “

Trejo sang “Ring of Fire” by Johnny Cash for his second and final performance.

“I started a record label simply because I can’t sing,” he said. “So I have a couple of singers who are doing very well. We released an album and now we are releasing another. I love music, and when they said I could sing Johnny Cash’s ‘Ring of Fire’, I love him, he came to Folsom Prison. “

Trejo was ready to sing a Barry White song for his third number if he had come back. His first number was “Wild Thing” by the Troggs.

“I remember Aerosmith’s Steven Tyler, in an episode of ‘Two and a Half Men’ screaming and screaming, and I thought he would do it like that,” Trejo said. “So I channeled Steven Tyler when I did ‘Wild Thing.’ I laugh every time I think about that whole episode and you have to understand that the moment you walk into that show, you are in a completely different world. You are a raccoon. You have to get rid of your expectations of being cool or modern. “

Even though it was pretty clear that Trejo was the raccoon, that voice is unmistakable, even when in disguise, somehow none of the panelists guessed it. Robin Thicke thought it was Tony Danza, Ken Jeong called Danny DeVito, Jenny McCarthy Wahlberg guessed Gary Busey and Nicole Scherzinger thought it was Sylvester Stallone. Guest panelist Joel McHale was also with Dance.

“That’s a milestone right there,” Trejo said of his “Masked Singer” experience. “You enter a different world and the moment you put on a costume like that, now you are a raccoon. You can do whatever you want. You know, you are free. In my movie genre, I usually play the bad guy. And even when I talk about a good boy, I’m a good bad boy. So this was like a whole new experience. “

Trejo seems to be everywhere these days; he’s in the new “SpongeBob” movie, for example, alongside others like Snoop Dogg and Keanu Reeves. “I was at the Super Bowl, and Snoop Dogg was performing, and he’s calling me on stage,” Trejo said. “And he goes, you and me, two of the oldest gangstas in Hollywood, and we’re in ‘SpongeBob SquarePants.’ Everyone at the Super Bowl was looking forward to seeing me and Snoop in ‘SpongeBob SquarePants’! “

Trejo’s “Masked Singer” reveal also comes on the same day he publicly received the COVID-19 vaccine along with Magic Johnson and Mayor Garcetti.

Niecy Nash continued as a guest host on “The Masked Singer,” replacing regular host Nick Cannon. Another new this season, the “wild card” contestants will enter the competition and join the battle for the Golden Mask trophy. The first wild card appeared in this episode: The Orca joined the show.

The show’s panelists also compete once for a “Golden Ear” trophy based on their first impressions of each masked artist (which McCarthy won last time). No one received votes in the first week; In the second week, Jeong and McCarthy Wahlberg each received one point. To the raccoon, Jeong thought it was Mike Tyson, McCarthy Wahlberg called Dustin Hoffman, Scherzinger thought it was Gary Busey; Thicke’s was Danny DeVito.

Here were the other contestants and their performances on night three, “Wildcard Group A – Enter the Wildcards!”:

Song: “Wonder” by Shawn Mendes
Self portrait track: Warhol’s picture of Russian dolls in a car. “These colors stand out like us.”
Panel assumptions: Sugarland, Boyz II Men, Jacksons
Narration: “We totally confused the panel with our harmonies. But we have not always been in unison. There was that moment when you broke hard. I was doing something that I loved when I realized something was seriously wrong. I was rushed to the hospital and there was no guarantee that I would be the same again. If it weren’t for the glue that binds us together, it may not have survived. The trauma actually made us stronger. And now we don’t take anything we do together for granted. “
Previous song: “Man in the Mirror”, by Michael Jackson
Previous panel assumptions: Boyz II Men; Vanessa Hudgens; Darren Criss, Matthew Morrison, Kevin McHale or other “Glee” stars; Gwen Stefani and No Doubt guitarist Tom Dumont

Song: “Confident” by Demi Lovato
Self portrait track: Microphone tornado, book, dumbbell, food plate. “I wear a lot of hats, so sometimes it can be a little tornado. But I like to see myself as a superhero. “
Panel assumptions: Ashlee Simpson, Jenny Slate and Haylie Duff
Narration: “It’s been years since I’ve been on stage, so being in front of all of you for the first time, I was a nervous wreck. But I am very proud of myself for my solo performance. In the past, being alone scared me. I always felt like a little shell in a big, big world. But then one day everything changed. Out of nowhere, a certain showman asked me out. He was a total athlete. But he made me feel larger than life and gave me the courage to do things that always scared me. No matter how small I feel on that big stage, I have more confidence knowing that he is there to get me. “
Previous song: “Listen to your heart” by Roxette
Previous panel guesses: Kristen Chenoweth, Hilary Duff, Jessica Simpson and Jennifer Love Hewitt

Song: “All of Me” by John Legend
Self portrait track: Porcupine dressed as a rock star, with a spider. “I used to have a phobia of spiders.”
Panel assumptions: Brian McKnight, Jason Derulo, Wesley Snipes and Eddie Murphy
Narration: “My first performance made all the feathers on my back stand up. I’ve been depressed lately. But putting on this shining armor and singing with all my heart was exactly what I needed. I felt like a singing superhero. About 60 years ago, as a little Piney in Costa Rica, my superheroes were the workers whose job it was to keep my streets clean. They had my dream job. But life led me down a different path. Oh, this day, classy and working, I love to stop and take a claw. They say why would a shiny porcupine like you want to get your quills dirty with us? I tell them they are the true superheroes who helped instill the work ethic that has taken me all my life. Which has led me to great stages like this one. “
Previous song: “It’s never too much” by Luther Vandross
Previous panel guesses: Jamie Foxx, Idris Elba, Lionel Richie and Ginuwine

Song: “We are not going to accept it” by Twisted Sister
Self portrait track: “I’m always a killer and I’m always the biggest fish in every scene, so I always have the biggest waves.”
Panel assumptions: Laird Hamilton, Dave Grohl, Billy Corgan, Kevin Bacon
Narration: Welcome to Orca’s Piehole. Let me tell you how pizza changed my life. I was 24 years old and closer to becoming a joke than to achieving my goal as a big star. My dad told me if I didn’t make waves at 25, to keep going. The clock was ticking. I had to hurry. So I improvised. I hid my audition tapes inside pizza boxes and delivered them all over town. It was my last chance. And at the 11th hour, boom! And this is how I achieved my wildest dreams. And now, as the wildest card yet, I’m going to blow up this competition. “