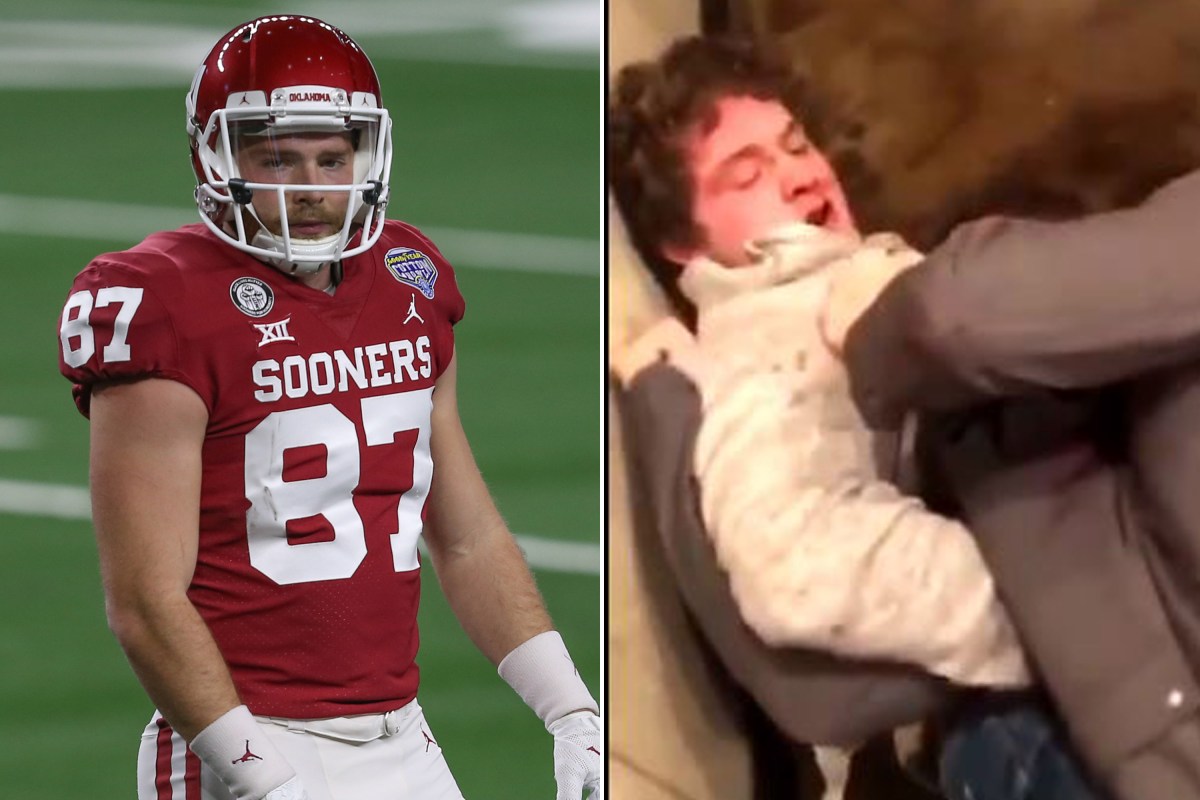 The Oklahoma soccer player who nearly lost an eye in a bar fight this month was expecting it, according to the other side.

Walker Brown said he was “defending himself” when he charged at Sooners wide receiver and position kick starter Spencer Jones in the Logies bathroom at the Corner Bar in Norman, Okla.

A 58-second video that went viral last week captured the moment Brown, a junior at the school and a trained fighter and mixed martial arts fighter, landed multiple punches and put Jones in a chokehold.

Jones, a red-shirt senior, underwent a four-hour procedure to reconstruct his left orbit after the fight, according to The Athletic.

Police are investigating the incident, which allegedly took place in the early hours of February 14.

No arrests have been made.

The video begins with Jones telling Brown to “get out of here.”

Brown was pushed by someone who was next to Jones. Seconds later, Brown wiped the blood from his face and hit Jones.

“There was something that happened before the start of the video, as my nose doesn’t bleed for no reason,” Brown wrote on a GoFundMe page intended to help pay for his medical expenses.

Brown broke his biceps, according to the page, which grossed $ 35,745.

Woodrow Glass, an attorney representing Jones, said his client was “trying to ease the situation” and that the blood on Brown’s face was not caused by Jones.

Glass said Jones went to the bathroom to check on his friend when he broke up in the middle of an argument.

The video also showed Brown’s brother Braden fighting another man in the bathroom.