The Latest on COVID-19 in MN: Vaccination Pace Accelerates 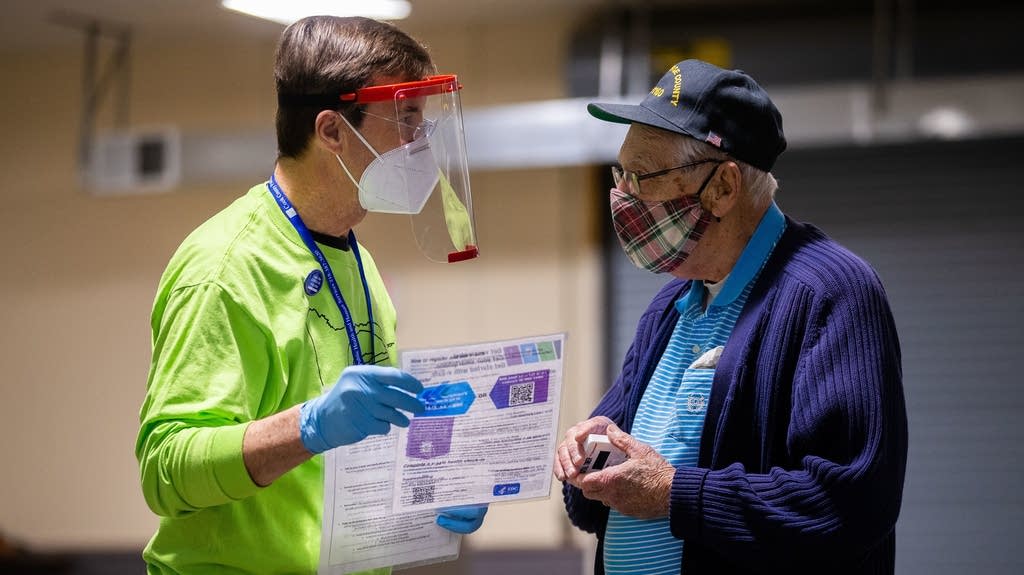 3 things you should know:

The most recent COVID-19 data from Minnesota shows that the pace of vaccines continues to accelerate. Overall, the state continues to see positive signs that the pandemic is subsiding, although death counts have risen in recent days.

The Health Department reported Friday that 516,422 people, about 9.6 percent of the state’s population, are fully vaccinated now. Nearly 976,000 Minnesotans, about 17.5 percent, had received at least one dose.

That included some 48,000 recently reported vaccines. The seven-day trend is nearly 41,000 daily injections now, the highest since vaccines began in late December.

State public health leaders have said for weeks that they would be ready to increase when they have more supply. Now that the federal government promises enough vaccines to inoculate all American adults by the end of May, two months earlier than expected, the table appears to be set. The state is expected to receive 127,169 doses next week.

Fifty-eight percent of Minnesotans 65 and older have received at least one injection today, according to estimates by the Department of Health. That’s important as officials have said the state will expand eligibility for vaccination when 70 percent of that population receives a first dose.

Officials were expected to meet that goal by the end of March, but on the current trajectory, it could happen on March 13, speeding up the timeline for when any Minnesota can get a shot.

“It’s going to be his turn faster than we think,” Gov. Tim Walz said in remarks Friday during a vaccination event at the Minnesota Vikings facility in Eagan.

An optimistic Walz said the state could “break its back” on the pandemic in the next four weeks.

Officials say the arrival of Johnson & Johnson doses, which require only one injection, changed the rules of the game. More than 45,000 doses of the newly approved vaccine were expected to be distributed in Minnesota this week.

Minnesota is currently ranked 16th among states in doses administered per 100,000 people, according to data compiled by the federal Centers for Disease Control and Prevention.

“The bronze ring is quite engravable with the State Fair” this year, he said after highlighting the arrival of the Johnson & Johnson vaccine at a Minneapolis hospital. Activities for “June and beyond look quite promising.”

As the pace of vaccines picks up, Minnesota’s COVID-19 numbers show that disease conditions are fairly stable.

Hospitalization rates remain at levels last seen before the surge in cases in late fall. There were 224 people hospitalized with COVID-19 in Minnesota as of Thursday; 57 required intensive care.

Known active cases reached 7,461, continuing a trend that remained fairly stable until February and has remained drastically since late November and early December, when active cases were around 50,000.

Thirteen recently reported deaths brought Minnesota’s death toll to 6,534. Among those who died, about 62 percent had been living in long-term care or assisted living facilities; most had underlying health problems.

Death counts have risen in recent days, but it is unclear if this is a problem or evidence of something more concerning. The seven-day average death rate has returned to double digits, around 10 per day.

The state has recorded a total of 488,170 confirmed or probable cases so far in the pandemic, including 813 reported on Friday. About 97 percent of Minnesotans known to be infected with COVID-19 during the pandemic have recovered to the point where they no longer need to be isolated.

Despite recent positive trends in key metrics, officials remain concerned about COVID-19 strains with the potential to spread. Minnesota has 165 confirmed cases of the so-called UK variant and two cases of the Brazil variant.

State health officials continue to implore Minnesotans to be vigilant against the disease. On Friday, as spring break approaches for students, they also urged people to postpone non-essential travel.

“Even with the positive momentum we see in vaccines, many Minnesotans are still vulnerable,” said Ruth Lynfield, a state epidemiologist. The state, he warned, could still see an increase in the coming months if people let their guard down.

People in their 20s still make up the age group with the highest number of confirmed cases in the state – more than 91,000 since the pandemic began, including more than 48,000 between the ages of 20 to 24.

The number of high school-age youth confirmed with the disease has also risen, with more than 38,000 total cases between the ages of 15 to 19 since the pandemic began.

As children increasingly return to school buildings and sports, Minnesota public health officials urge Minnesota families with children to get tested for COVID-19 every two weeks until the end of the school year.

Although young people are less likely to feel the worst effects of the disease and end up hospitalized, experts fear that young people are unknowingly transmitting it to older relatives and members of other vulnerable populations.

People can have the coronavirus and transmit COVID-19 when they do not have symptoms.

Regionally, most of Minnesota is down significantly from the peak in late November and early December, as well as a minor rebound in January.

Case burden continues to be higher among people of color

In Minnesota and across the country, COVID-19 has disproportionately affected communities of color in both cases and deaths. That has been especially true for Minnesotans of Hispanic descent through much of the pandemic.

Although the new case count continues well below the peaks of late November and early December, data shows that Latinos continue to suffer a severe blow.

Mistrust of the government, along with deep-seated health and economic disparities, have hampered efforts to push testing among communities of color, officials say, especially among unauthorized immigrants who fear their personal information may be used. to deport them.

Walz has acknowledged that mistrust of communities of color has been a problem during the pandemic.

Authorities on Friday offered some data on vaccines broken down by race and ethnicity:

Minnesota has finally released data on the race / ethnicity of people with # COVID-19 vaccines – covering approximately 85% of vaccinated people, who had racial data available through vaccination registries.

About 80% of adults with MN are white, but 90% of vaccinated people are. pic.twitter.com/fPBiD757Mc

Minnesota Health Commissioner Jan Malcolm said the state is committed to doing more to expand access to vaccines for people of color, including delivering more doses to community pharmacies, partnering with local groups and the deployment of mobile vaccination clinics.

Correction (March 5, 2021): An earlier version of this story described total vaccinations as a percentage of Minnesota’s population ages 16 and older. The percentage includes the entire population.

Authorities say a total of 320 vaccine doses have been wasted in Minnesota in recent months.

Cass County in northern Minnesota had a disproportionate number of those wasted doses, according to state records – a total of 90 that went unused.

“Ninety doses were not viable and could not be used due to exposure outside of the storage temperature requirements and timing,” said Michelle Piprude, county director of health, human services and veterans.

Both Moderna and Pfizer vaccines must be stored at extremely cold temperatures. Minus 70 degrees for the Pfizer vaccine and minus 20 degrees Celsius for the Moderna vaccine.

The online community helps people find appointments for the COVID vaccine: Members of a Facebook group called Minneapolis Vaccine Hunters help Minnesotans find and sign up for vaccination appointments every day. Since its launch on February 1, the group has grown to more than 20,000 members.

Latino small businesses remain resilient during a ‘pandemic year’: Small businesses have never had it easy, and over the past year, things have gotten much more difficult, especially for the Latino business community. Now, a year after the pandemic-related restrictions, some resilient small businesses are beginning to look to the future.