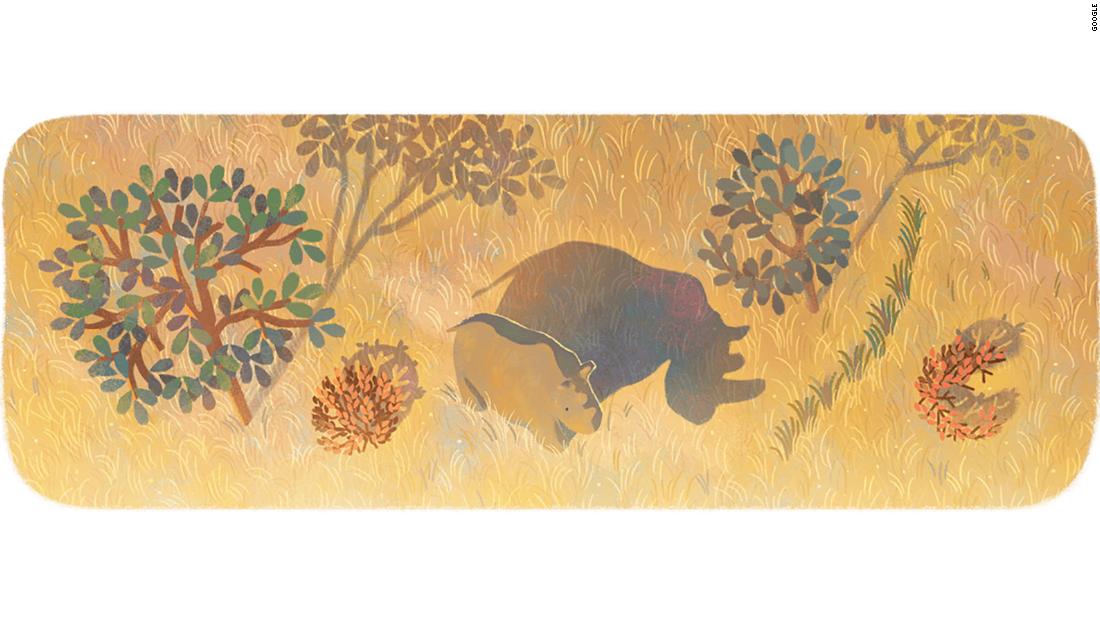 This depiction traces back to this day in 2009 – when Sudan and three other white rhinoceros arrived at their new home in Ol Pejeta Conservancy, a wildlife sanctuary in Kenya.

Before the rhinos moved, the species was declared extinct in the wild.

In 1976, Sudan was moved to Dvr Kralov Zu, which was then Czechoslovakia in hopes of saving the subspecies. She gave birth to two children and a grandson, all part of the group who moved to their natural habitat in Kenya.

Sudan died at the age of 45 in 2018, leaving only two daughters of his kind and went into the jungle.

Scientists told CNN at the time of his death that some of Sudan’s genetic material had been saved, and he hoped to use in-vitro fertilization to bring back the subspecies.

National Geographic photographer Amy Witley told CNN at the time, “At the very least, Sudan needs our attention as an ambassador for many other species.”

“It can be an incredible wake-up call. Even if you live 10,000 miles away, you can make a difference with your awareness or tourism dollars.

“Not all is lost. Even if we don’t save the northern white rhinoceros, we can save a host of other threatened rhinos and lesser-known species whose numbers are declining everywhere.”

Kyle Almond contributed to this report.