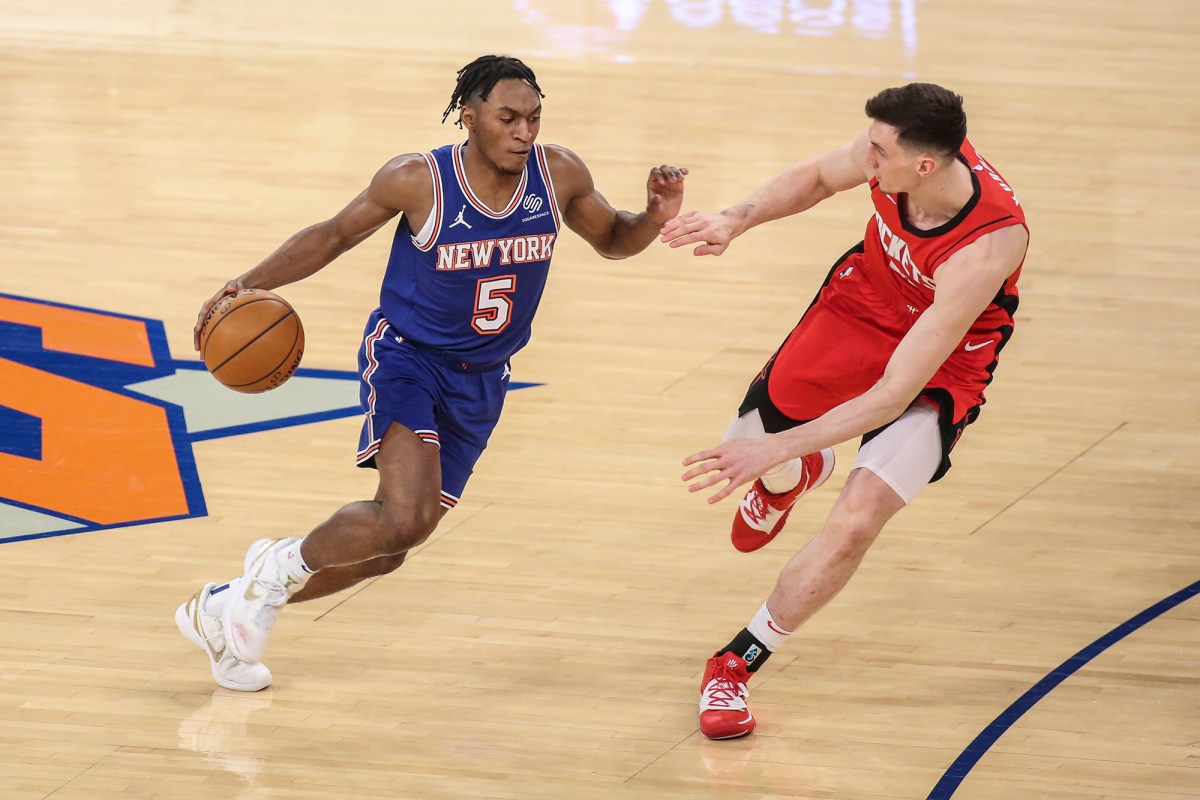 With the NBA reducing its All-Star weekend to a single day this year due to COVID-19, the traditional Rising Stars showcase involving the league’s best rookies and sophomores will not be part of the festivities.

That means Knicks point guard Immanuel Quickley and other impressive young players will be out of the running before the March 7 midseason event in Atlanta. The league announced last week that the skills challenge and 3-point shooting contest will take place before the All-Star Game that night, with the popular dunk contest at halftime.

“If it were a [Rising Stars] game, it would be a pleasure to play in it, ”Quickley said Sunday. “I don’t know if they [will] have it this year, but like I said, we’re focusing on what we can control, going out and trying to play hard each and every night and trying to get the dubs. [wins].

“You can’t even be considered for those individual awards if the team isn’t really winning. So focus on controlling what you can control. “

Quickley and the Knicks were scheduled to see Minnesota rookie guard Anthony Edwards, the first overall pick in the 2020 draft, for the first time Sunday night.

Quickley said he and Edwards were teammates in a top prospect camp while they were still in high school. They also met multiple times last year in the SEC, when the Knicks rookie was a sophomore at Kentucky and Edwards was a freshman at Georgia.

Edwards was second among rookies in scoring Sunday with 14.3 points per game, just behind Charlotte point guard LaMelo Ball (14.4), with Quickley third with 12.4 points per game.

But Quickley, who plays just 19.4 minutes per game in a reserve role, led the league in player efficiency ratio (PER), a metric that measures a player’s productivity per minute.

“It’s great to see that the hard work is paying off. As for my teammates, I look at it a bit, ”Quickley said. “I saw the dunk Anthony Edwards did a couple nights ago [against Toronto]. That was pretty silly.

“But I try not to pay too much attention to it. I try to worry about myself and my teammates and what the team can do, as we are the eighth seed in the [Eastern Conference], trying to make the playoffs for the first time in a long time. A lot is happening in New York. We’re just trying to stay at it, each and every day, get better and just focus on trying to control what we can control. “

Quickley, who has formed a versatile backcourt tandem off the bench with imported veteran Derrick Rose, was looking to bounce back Sunday from one of the worst shooting games of his rookie season. The 25th pick in the draft missed 11 of 12 field goal attempts, including four from 3-point range, in Wednesday’s loss at Orlando.

The Knicks had three days off between games as Saturday’s home game against San Antonio was postponed due to multiple positive COVID tests from the Spurs.

“For me, I really didn’t take any days off. I’ve been to the gym every day, so plus a little extra time on the day we travel back, that’s it, ”said Quickley, 22. “But we’ve stayed in the gym, as a team, we’ve been starving. We want this game [against Minnesota] long after not playing well in Orlando, so we are looking forward to this game and trying to get back on track. “