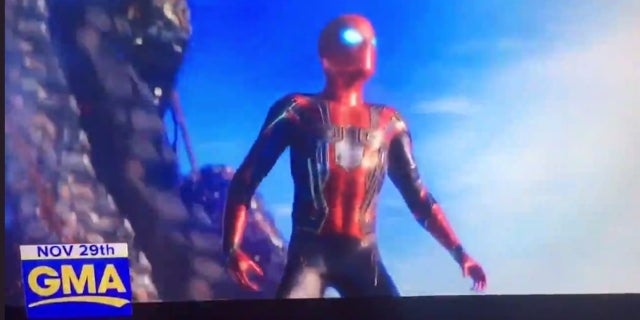 Before the expected debut of the trailer, Good Morning America revealed a fast 20 – second preview for Avengers: Infinity War loaded with new images.

The clip features many of the fans' favorites among the most powerful heroes on Earth, including Black Panther, Spider-Man, Doctor Strange, Thor, Iron Man, Black Widow and Captain America.

Black Panther's voice rings over the beginning of the clips, ordering the defenses to rise for the next invasion before saying, "Someone give this man a shield." Steve Rogers appears on the screen.

The trailer is yet to come! pic.twitter.com/gRfv6SK4me

The video, captured by several Twitter users, is loaded with epic moments, including Panther and Cap fighting against Thanos's army in an open field, the return of the Hulkbuster armor, Thor fighting to keep it together (literally) and much more.

The clip ends with Vision, defenseless on the floor with a boot on his chest, and someone lowering a cane on his forehead. The Stone of the Mind on his forehead begins to shine while he screams in pain.

It seems that Thanos will not face much resistance when joining those Infinite Stones. We'll see how the most powerful Heroes on Earth are doing when Avengers: Infinity War opens in theaters on May 4, 2018.

Of course, all this serves as a prelude to the main cousin : the complete The full-length trailer premieres this morning on Good Morning America.