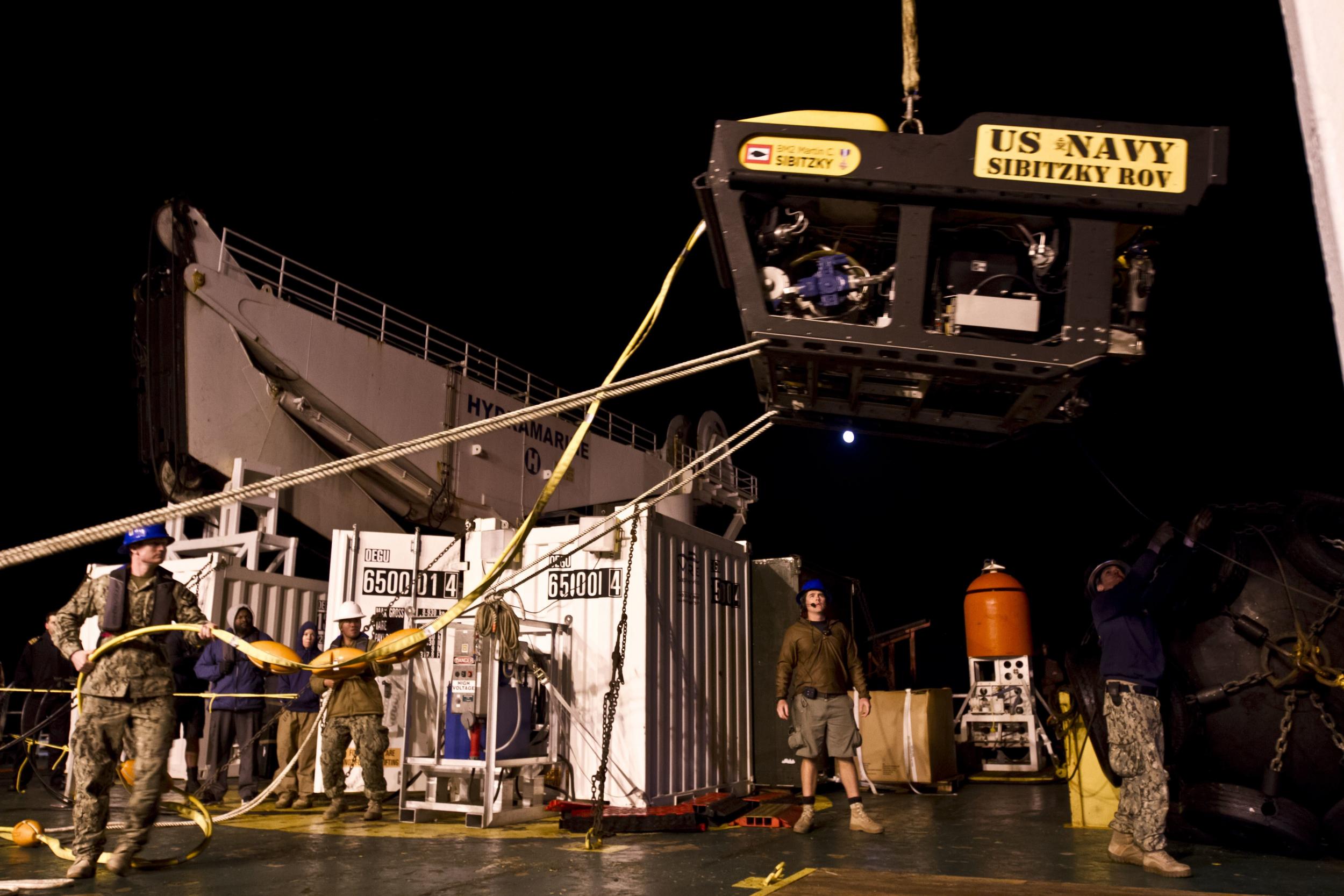 An object that is believed to be the remains of the missing Argentine submarine was revealed by sonar images as a sunken fishing boat.

Rescuers had sent an unmanned Russian ship to investigate the 60-meter object located at 477 meters (1,565 feet) below sea level.

Officials said the image was "unclear."

They sent the submersible to "visually verify" if it was the missing submarine's shell.

"It was confirmed that it was not the shell of the submarine," but a sunken fishing vessel, Argentine Navy spokesman Enrique Balbi said on Saturday.

The Navy "regrets that without a rigorous badysis expectations were generated in families and society, which now must face another frustration," said Balbi.

Prior to Balbi's announcement, authorities had said that if the image did not reveal new clues, the search would focus on other signals of interest detected in parts of the South Atlantic, where the ship was last heard.

The Argentine navy said on Thursday it is no longer looking for survivors, although a multinational operation will continue to search for the vessel.

"The extreme environment, the time elapsed and the lack of evidence eliminates a scenario compatible with human life," said Balbi.

"They are hours of intense pain and anguish (for family members) in light of the loss of their loved ones, our 44 comrades," he said.

The German-made submarine disappeared when it was traveling from the southern end of the port of Ushuaia to the city of Mar del Plata, about 250 kilometers southeast of Buenos Aires.

The navy has said that the ship's captain reported that the water entered the pipe and caused a short circuit in one of the submarine's batteries.

Subsequently, an explosion was detected around the time and place where the San Juan made contact for the last time.