The hit-and-run driver, Justin Regensburg, was arrested in an accident that killed an off-duty Henrico officer 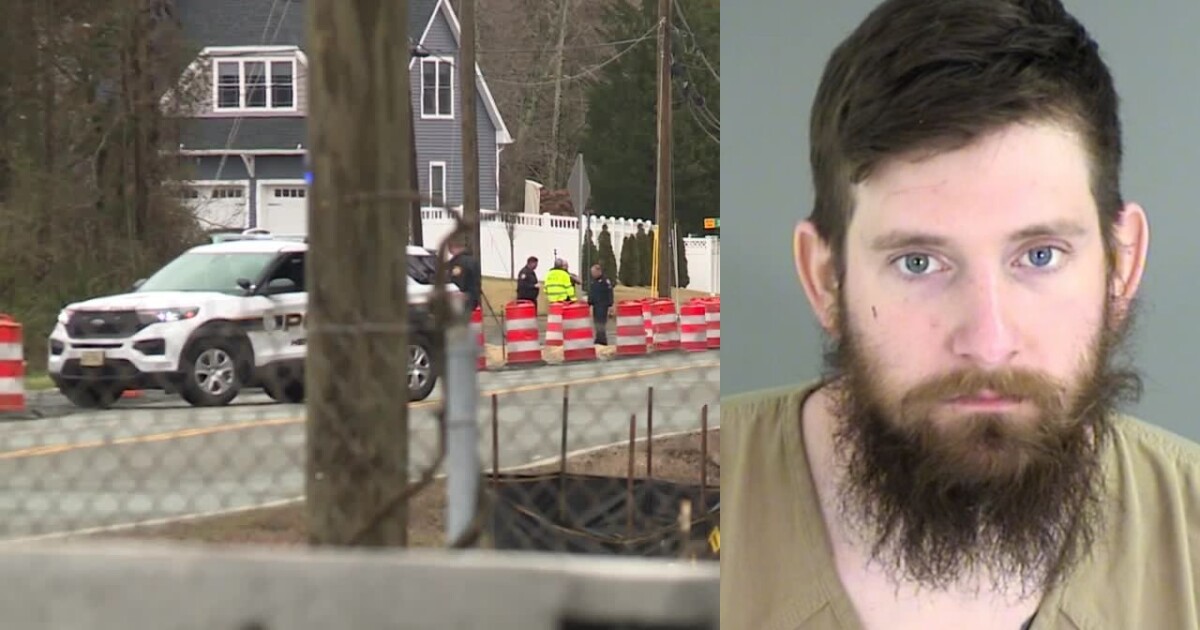 HENRICO COUNTY, Va. – Police arrested a Chesterfield man who they say is the hit-and-run driver who killed a veteran Henrico police officer walking through Glen Allen on Saturday morning.

He is being held without bond at the Henrico County Jail, authorities said.

“This is a tragic situation for everyone involved,” said Henrico Police Lt. Matthew Pecka. “Detectives will continue to work on this case in conjunction with the State Medical Examiner’s Office and the Henrico Commonwealth Attorney’s Office.”

Henrico police were called shortly after 11 a.m. Saturday to Greenwood Road at Winfrey Road to receive reports of a hit-and-run involving a pedestrian.

“The Henrico Police Crash Team’s preliminary investigation reveals that the suspect vehicle was traveling northwest on Greenwood Road when it struck the pedestrian,” Pecka said.

Officers said Donald L. Lambert Jr., a 33-year Henrico Police veteran who was the Captain of the Division’s Special Operations Group, was pronounced dead at the scene.

Authorities said he was not on duty at the time of the accident.

“[Lambert] was a selfless leader, mentor and friend who served our community with pride and dedication for almost 34 years, “said English.” My thoughts and prayers are with my family, colleagues and friends. “

“I would be remiss if I did not extend my appreciation to members of our community and area law enforcement for their support. The King William Sheriff’s Office, Chesterfield County Police, Virginia State Police, Richmond City Police, New Kent County Sheriff’s Office, and Louisa County Sheriff’s Office Provided Resources that led to the successful arrest, “Pecka said.” On behalf of the entire Henrico County family, thank you for the calls, emails, and social media posts. “

This is a story in development, so anyone with more information can email [email protected] to submit a suggestion.