The hidden borders of the ‘mysterious’ continent finally revealed 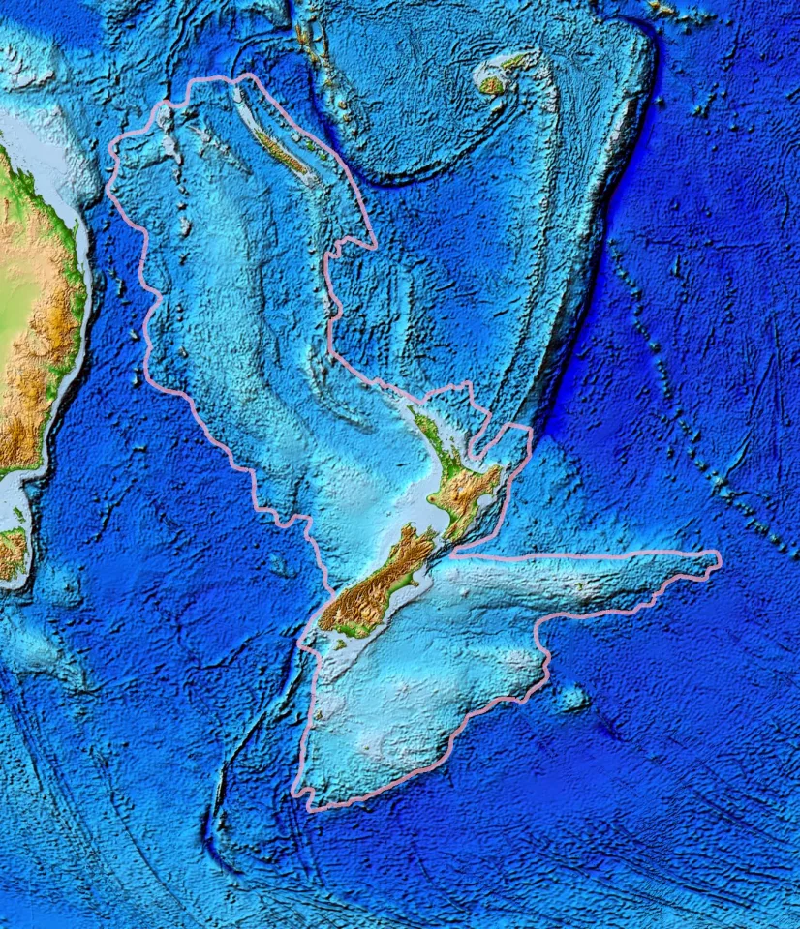 Scientists are mapping the mysterious “lost” continent of Zealandia, which was discovered in 2017 for the first time. The gigantic land mass of the South Pacific disappeared under the waves 23 million years ago.

It was originally part of the gigantic supercontinent Gondwana, which was made up of continents that now exist in the southern hemisphere.

Covering an area of ​​1.9 million square miles, Zealandia is six times the size of Madagascar, the next largest continental fragment.

It stretches from southern New Zealand north to New Caledonia and west to the Kenn Plateau off the east coast of Australia.

About 94 percent of the land mass is underwater.

The “hidden” continent is now being partially mapped thanks to a deep-sea mapping expedition led by the University of Queensland. Sun reported.

“We are just beginning to uncover the secrets of Zealandia,” Dr. Gürer said. “It has been hidden in plain sight until recently and is very difficult to study.”

Radar scans carried out by the team explored the contours of the close connection between the Tasman and Coral Seas in the Cato Trough region, the narrow corridor between Australia and Zealandia.

In total, they have provided 14.00 square miles of survey data to the Seabed 2030 project.

The project aims to produce a publicly available bathymetric map to measure the depth of the world’s ocean floor by 2030.

“The seafloor is full of clues to understanding the complex geological history of the continental plates of Australia and Zealand,” said Dr. Gürer.

“These data will also improve our understanding of the complex structure of the crust between the Australian and Zeeland plates. It is believed to include several small continental fragments, or microcontinents, that separated from Australia and the supercontinent Gondwana in the past. “

Zealandia is believed to have split from Gondwana between 85 and 79 million years ago.

About 23 million years ago, Zealandia was thought to be almost completely submerged in water.

Experts spent 20 years collecting data to argue that the submerged landmass is a continent. Their efforts were thwarted because most of it is hidden under the waves.

The article originally appeared in The Sun