The funeral chain creates a program to highlight the dangers of fentanyl – tech2.org 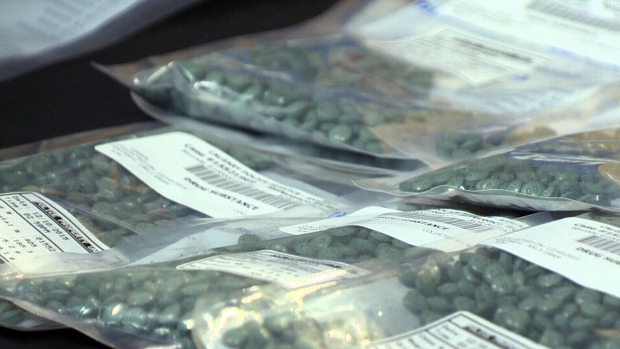 A chain of funeral services in British Columbia is developing a program that hopes to reduce the number of deaths from fentanyl-related drugs among children and young adults.

Alternatives Funeral and Cremation Services has created a fentanyl prevention program after a funeral home in the chain reported that they served four to five families each month who had lost a loved one due to an overdose in Metro Vancouver.

The owner of the chain, Tyrel Burton, says that the company felt that it could no longer tolerate those numbers and, unlike other programs focused on harm reduction, decided to target prevention through the use of visual aids that describes as "powerful, perhaps even controversial."

The program includes a poster of mourning family members surrounding a coffin, under a banner that reads "Will fentanyl be the reason for your next family reunion?"

A coffin and a hearse are also part of the 45-minute presentation aimed at parents and their 12-year-old children. d up.

The death toll has increased since the powerful opiate fentanyl reached the province.

Statistics of the forensic service between January and September of this year show that there were 186 deaths between 10 and 29 years.

The company's presentation also involves local service personnel for victims and parents who have lost a child or young adult to addictive drugs.

"We felt we had to do something to reach teens and young adults before they became addicted," Burton said in a press release. "This program is our response to what we consider a critical need."

Funeral director John Romeyn in neighboring Abbotsford said he supports the program after hearing a comment from a grieving father.

"I had a father who said: I was supposed to (be choosing) clothes for my daughter to wear for her graduation, now I'm choosing something to use for her coffin," she said.

Romeyn said that everyone involved in the presentation try to impress young people that no one is immune to the dangers of fentanyl or other opiates.

The funeral home plans to visit schools, youth groups of the church and community centers around Metro Vancouver with presentations, which are expected to begin in early 2018.