The freighter remains stuck in the Suez Canal for the fifth day after efforts to free it failed. 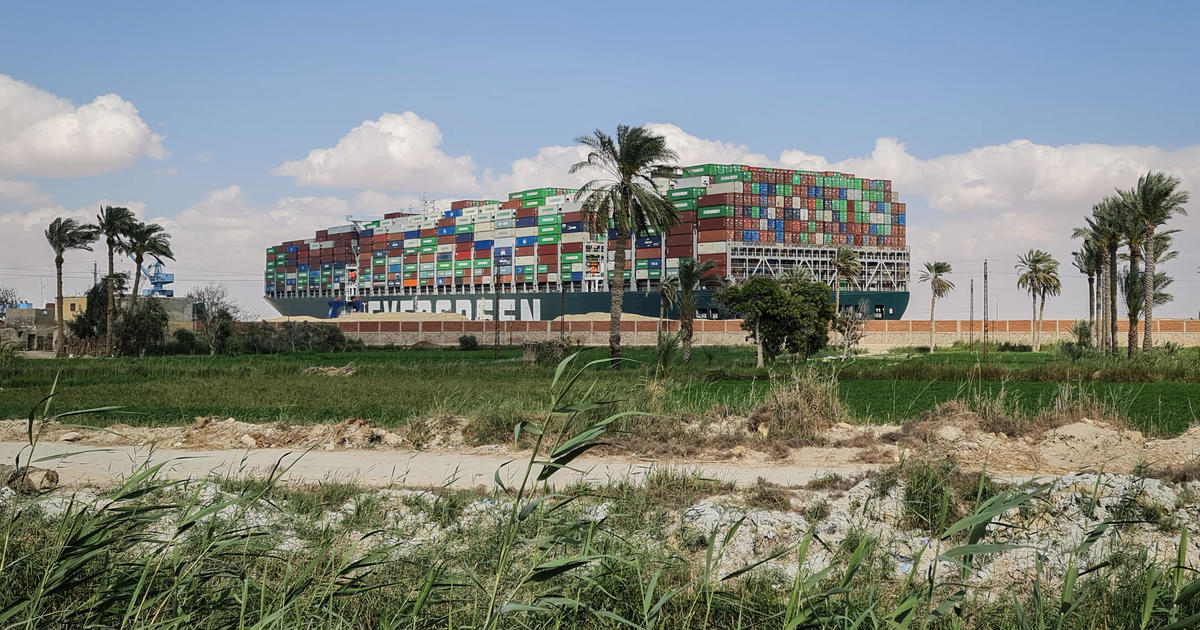 A giant Container ship trapped sideways in Egypt’s Suez Canal for the fifth day on Saturday, as authorities prepared to make further attempts to free the ship and reopen a crucial east-west waterway for global shipping.

Owners of the Ever Given say a gust of wind pushed it and its massive load of more than 20,000 shipping containers sideways into the canal on Tuesday, wedging it between the canal’s sandy banks. The huge vessel got stuck in a single lane stretch of the canal a few miles from its southern entrance.

Bernhard Schulte Shipmanagement, Ever Given’s technical manager, said an attempt on Friday to free him failed.

Plans were in the works to pump water from the ship’s interior spaces, and two more tugs should arrive Sunday to join others already trying to move the massive ship, he said.

An official with the Suez Canal Authority said they planned to make at least two attempts on Saturday to free the ship when high tide goes out.

A maritime traffic jam increased to around 280 vessels on Saturday outside the Suez Canal, according to canal service provider Leth Agencies. Some vessels began to change course and dozens of vessels were still en route to the waterway, according to data firm Refinitiv.

The White House said it has offered to help Egypt reopen the canal. “We have equipment and capacity that most countries do not have and we are looking at what we can do and what help we can be,” President Joe Biden told reporters on Friday.

A prolonged closure of the crucial waterway would cause delays in the global shipping chain. Some 19,000 vessels passed through the canal last year, according to official figures. About 10% of world trade flows through the canal, which is particularly crucial for the transportation of oil. The shutdown could affect oil and gas shipments to Europe from the Middle East.

It was not clear how long the blockade would last. Even after reopening the channel linking factories in Asia to consumers in Europe, the containers on hold are likely to arrive in busy ports, forcing them to face additional delays before unloading.

The Financial Times reported on Friday that several shipping groups had contacted the US Navy’s Fifth Fleet over maritime safety concerns for ships that chose to sail south around Africa, which It would put them in waters off the east coast of the continent that have a long history. of piracy.

“Africa has the risk of piracy, especially in East Africa,” Zhao Qing-feng of the China Shipowners Association in Shanghai told FT, saying owners may need to hire additional security forces to board their vessels before take the long trip.

It’s just one more factor that could cause a severe slowdown and possible price increase for products moving to Europe and the US from Asia, and yet another headache for an already strained global supply chain system. for the coronavirus pandemic.

Egyptian authorities have banned media access to the site. The canal authority said its boss, Lieutenant General Osama Rabei, would hold a press conference on Saturday in the city of Suez, a few kilometers (miles) from the ship’s site.