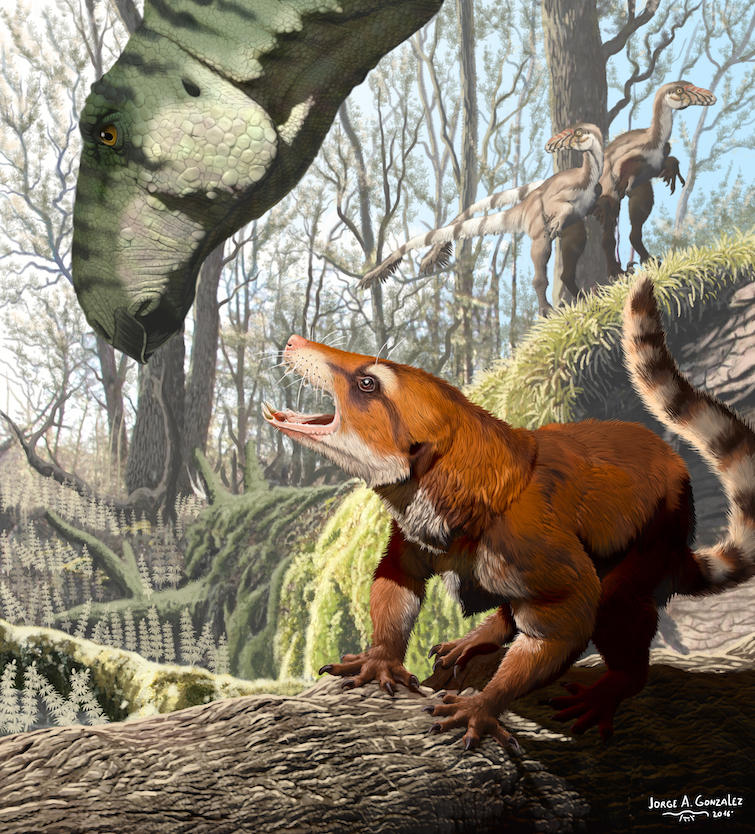 An article published in the journal Nature, this month explains how a fossilized skull 130 million years ago is shaking scientists' understanding of how and when the continents separated from the earth.

James Kirkland is the Utah state paleontologist. He was part of the crew that unearthed Cifelliodon's skull from the ground near Utah's Arches National Park in 2005. Kirkland says he was excited because this was the first mammal they had found in these rocks.

But Kirkland does not specialize in mammals, so he gave it to another paleontologist, who studied the fossil for more than a decade. That led to a new theory about when Pangea, the original land mbad on earth, broke up.

"Basically," he said, "it shows us that Pangea had not split in half at the end of the Jurbadic as we had thought, but there were still connections to the initial Cretaceous millions of years later."

They know this because this primitive mammal was badociated with fossils found in Europe, North Africa, and parts of the southern hemisphere.