The first seconds of the Big Bang: what we know and what we don’t 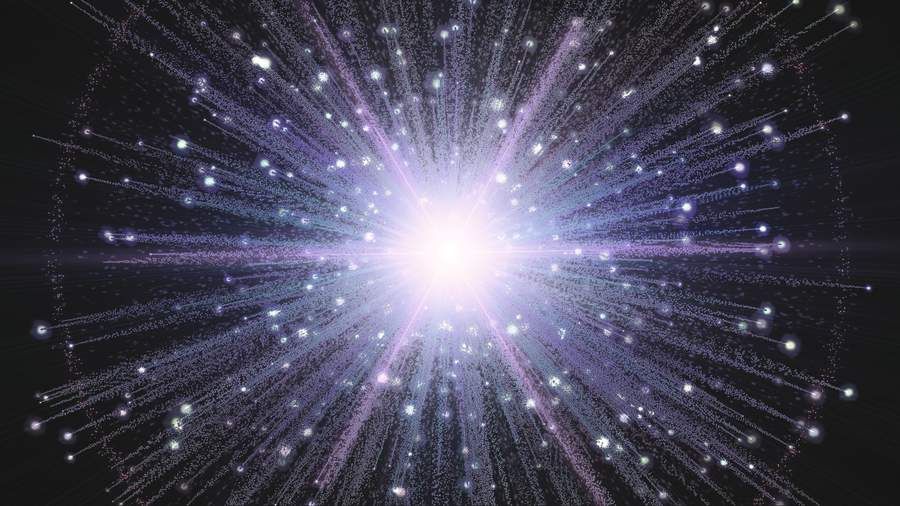 Paul M. Sutter is an astrophysicist in SUNY Stony Brook and the Flatiron Institute, host of Ask an astronaut Y Space radio, and author of How to die in space. Contributed this article to Space.com Expert voices: opinions and ideas.

Believe it or not, physicists are trying to understand the universe when I only had a few seconds.

But the situation here is complex, to say the least, and while we have made significant progress, there is still much to learn. Miniature black holes For exotic interactions, the childhood universe was a busy place.

The Universe: Big Bang so far in 10 easy steps

Let’s start with the general framework. 13.77 billion years ago, our universe was incredibly hot (a temperature of over a trillion degrees) and incredibly small (about the size of a peach). Astronomers suspect that when our cosmos was less than a second old, it went through an incredibly rapid period of expansion, known as inflation.

This inflation event was perhaps the most transformative time that has occurred in the history of our universe. In less than the blink of an eye, our universe became incredibly larger (expanding by a factor of at least 10 ^ 52). When this phase of rapid expansion ended, whatever caused inflation in the first place (we’re not sure what) decayed, flooding the universe with matter and radiation (we’re not sure how).

A few minutes later (literally), the first elements emerged. Before this time, the universe was too hot and too dense for anything stable to form: it was just a giant mix of quarks (the fundamental building blocks of atomic nuclei) and gluons (the carriers of the strong nuclear force). But once the universe had a healthy dozen minutes, it expanded and cooled enough that the quarks could coalesce, forming the first protons and neutrons. Those protons and neutrons produced the first hydrogen and helium (and some lithium), which continued hundreds of millions of years later to build the first stars and galaxies.

From the formation of the first elements, the universe simply expanded and cooled, eventually turning into a plasma and then a neutral gas.

While we know that this general story is correct, we also know that we are missing many details, especially in the time before the first elements were formed. Some funky physics may have been at work when the universe was only seconds away, and is currently beyond our theoretical understanding, but that doesn’t stop us from trying.

A paper recently featured in preprint arXiv magazine, and accepted for publication in The Open Journal of Astrophysics, presents some of the most exotic settings in the early universe.

For example, there is the whole question about dark matter. We don’t know what dark matter is made of, but we do know that it is responsible for more than 80% of the matter in the universe. We have a well-understood history of how normal matter originated in the hot, dense soup of the early cosmos, but we have no idea when or how dark matter entered the picture. Did it appear in the first few seconds? Or much later? Did it spoil the cosmic chemistry that led to the first elements, or did it take a back seat?

We do not know.

Then there is inflation itself. We don’t know what provided the power source for the incredible expansion event, we don’t know why it lasted so long, and we don’t know what finally stopped it. Perhaps inflation lingered longer than we had assumed and made its presence known for a whole second, rather than the small fraction that we have been assuming.

Here’s another: there is a huge thorn in the side of every cosmologist known as matter-antimatter asymmetry. We see in experiments that matter and antimatter are perfectly symmetrical: for every particle of matter that occurs in reactions throughout the universe, there is also a corresponding particle of antimatter. But when we look around the cosmos, we see lots and lots of normal matter and not a drop of antimatter vision. Something huge must have happened in the first seconds of the universe’s existence to throw that balance out of balance. But as to who or what was responsible, and the exact mechanism, we are not sure.

And if dark matter, inflation, and antimatter weren’t enough, there is also the possibility that the early universe made an avalanche of tiny black holes. Black holes in today’s cosmos (that is, the last 13 billion years) all stem from the death of massive stars. Those are the only places where the density of matter can reach the critical thresholds necessary to trigger the formation of a black hole. But in the exotic early universe, random areas of the cosmos may have reached sufficient density, triggering the creation of black holes without having to go through the entire star formation process first. Maybe.

Pictures: Black holes of the universe

While our Big Bang theory is supported by a wealth of observational data, there are many mysteries to satisfy the curiosity of generations of cosmologists. Fortunately, we are not completely blind when we try to study this early age.

For example, even if we can’t directly see the state of the universe when it was only a few seconds old, we can try to recreate those conditions in our powerful particle colliders. It’s not perfect, but it can at least teach us about the physics of those kinds of environments.

We can also look for clues left over from the first seconds. Anything funky that happened then would have left its mark on the later universe. Changing the amount of dark matter or persistent inflation would alter the creation of hydrogen and helium, something we can measure today.

And the universe went from a plasma to a neutral gas when it was 380,000 years old. The light released then has persisted in the form of cosmic microwave background. If the universe were to burst a bunch of tiny black holes, they would affect this glow light pattern.

We could even hope to observe this time directly. Not with light, but with gravitational waves. That chaotic hell must have released a torrent of waves into the fabric of space-time, which, like the cosmic microwave background, would have survived to this day. We do not yet have the technological capacity to directly observe these gravitational waves, but each day we get closer.

And maybe when we do, we can glimpse the newborn universe.

Learn more: “The First Three Seconds: A Review of Possible Expansion Stories of the Early Universe“