May 9, 2019 Sports Comments Off on The FIFA Appeals Committee approves the appeal decision presented by Chelsea FC 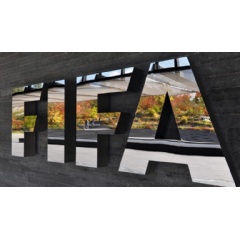 The FIFA Appeals Commission decided to defend partially the appeal presented by Chelsea FC against the decision of the FIFA Disciplinary Committee to sanction the club with a ban on registering new players nationally and internationally for the next two registration periods complete and consecutive. This prohibition was applied to the club in general, with the exception of the women's and futsal teams, and did not prevent the release of players.

With respect to all men's teams, the ban on registering new players, both nationally and internationally for two registration periods, has been confirmed by the FIFA Appeals Committee, with the following exception:

The FIFA Appeals Committee believes that Chelsea's wrongdoing consisted in not respecting the prohibition of transfer or international registration for the first time to foreign minor players. In the opinion of the committee, imposing a prohibition on registering each and every one of the children would not be proportional to the crime committed.

Accordingly, the FIFA Appeals Commission decided that, with respect to youth categories, the ban will not cover the registration of players under 16 years of age that are not included in the scope of art. 19 of the Regulation on the status and transfer of players, which refers to international transfers and the first registrations of foreign minor players.

This news content was set up by the WebWire editorial staff. Linking is allowed.