The FBI identifies the suspect who sprayed the Capitol officer with chemicals before he died. 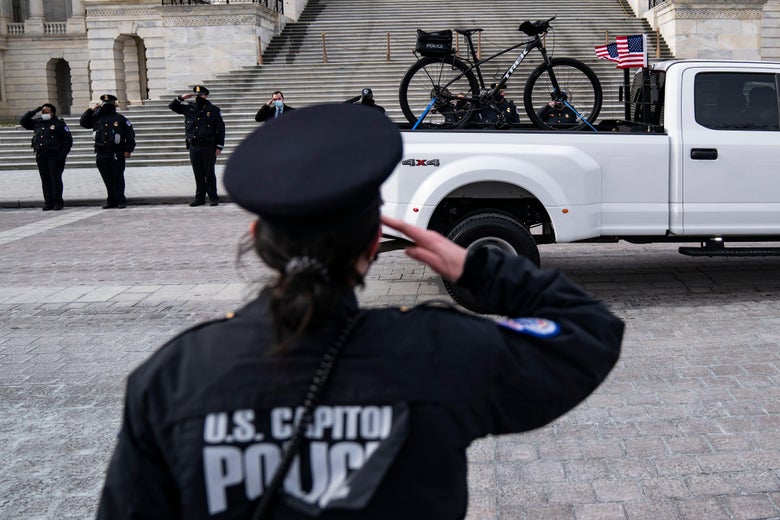 Recently, the FBI obtained a video that allowed them to identify an attacker in their investigation into the death of Brian Sicknick, the Capitol police officer who was wounded in the January 6 riot on Capitol Hill and later died. The New York Times was the first to report that investigators are now targeting a suspect who apparently sprayed a chemical irritant on Sicknick and other law enforcement officers when Trump supporters stormed the Capitol.

Authorities have not publicly identified the suspect, but the focus in the video could be a potentially significant break in the case, as investigators had been struggling to figure out what happened to Sicknick. They now believe his death was related to the irritant, an apparent bear spray. In a significant move, investigators have also uncovered video evidence showing the assailant arguing about attacking officers with bear spray. Police audio played during the Senate impeachment trial of former President Donald Trump included parts where officers were heard yelling that some protesters were spraying bear spray.

Investigators have so far determined that Sicknick did not die of blunt force trauma, according to the Washington Post. There are few details about what may have caused his death considering that authorities have not released an autopsy or toxicology report. In a statement Friday night, Capitol Police said the medical examiner’s report on Sicknick’s death has not yet been completed. Sicknick was injured while driving the rioters back and then “returned to his division office and collapsed,” according to a Capitol Police statement issued the day after the riot. He died in the hospital. For now, given all the evidence, prosecutors are unlikely to be able to charge someone with murder and are more likely to press assault charges.

The investigation into Sicknick’s death is considered a priority, but it is only one aspect of the huge investigation into the January 6 riots. John Carlin, the acting deputy attorney general, said Friday that more than 300 people have been charged in connection with the assault on the Capitol. More than 280 have been arrested.