The failure of the Syrian revolution 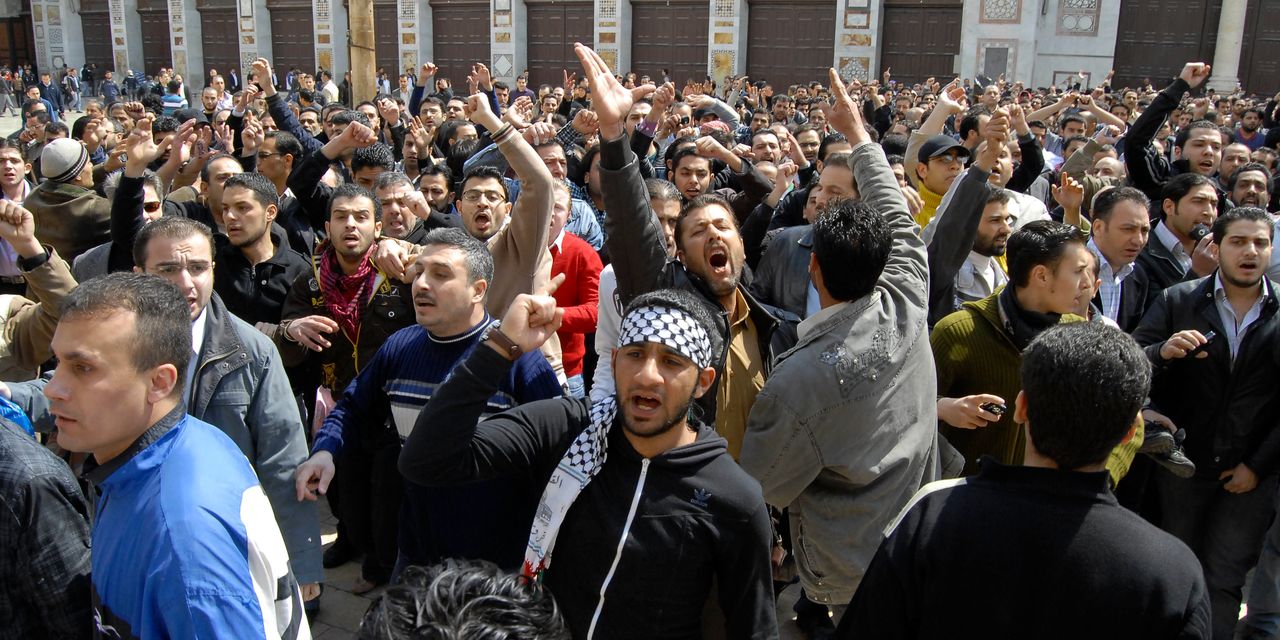 This month, a decade ago, the Syrian civil war began when a group of teenagers – inspired by the Arab Spring that later spread throughout the Middle East – scribbled graffiti on the wall of a school in the southern city of Deraa. Addressing the dictator of Syria, former ophthalmologist Bashar al-Assad, they wrote: “Your turn has come, doctor!” The children were arrested and tortured, sparking protests across the country, especially in its capital, Damascus.

Initially, the uprising revolved around peaceful pro-democracy demonstrations against the fearsome Assad dictatorship, which had ruled Syria since the 1970s. But the regime quickly turned its weapons on protesters, with some taking up arms in response.

The rebel groups that displayed the greatest prowess on the battlefield were the jihadists, including scions of Al Qaeda and, later, the Islamic State. Many experts say that this was Assad’s plan from the beginning. His regime’s relentless scorched-earth strategy – razing entire cities, poisoning neighborhoods with nerve gas, and maiming civilians with barrel bombs – brought much of the initially peaceful opposition into the arms of violent fundamentalists, discrediting the revolution and gave Assad a justification for his brutal repression.

“
The ruthless strategy of the Assad regime brought much of the initially peaceful opposition into the arms of the jihadists.
“

Since 2011, according to the Syrian Observatory for Human Rights, nearly 600,000 Syrians have died (largely at the hands of Assad’s forces and allies), and the UN says 5.6 million have fled abroad, nearly a quarter of them. the population of Syria before the war. The country today is consumed by poverty, disease and economic ruin. A decade later, Syria bears little resemblance to the country I was fortunate to live in during the pre-war years.

Like many observers and historians of Syria, I have wondered if any of the tragedy was predictable. Aspects of her were. The horrors in Syria since 2011 recall the fierce intercommunal violence that engulfed Iraq and Lebanon (Syria’s neighbors to the east and west) from the 1970s to the early 2000s. All three were Arab states invented by imperial powers. in the wake of the world wars, in which ethnic and religious minorities jealously clung to power and used sectarianism as a weapon to divide and rule their mixed populations. Oppression, violence and war followed.

Still, looking back to 2011, what has surprised me most about the course of the conflict has been the utter failure of the Syrian revolution to achieve its original goal of toppling and replacing the Assad regime. At the beginning of the war, he was convinced that Mr. Assad would eventually leave. So were many in the West, including the Obama administration. Today that seems naive, but in 2011, the world had just witnessed the swift overthrow of Zine El Abidine Ben Ali of Tunisia after 24 years in power and then the even more surprising overthrow of Hosni Mubarak of Egypt after three decades of rule. autocratic.

At times in the last decade, the Syrian regime faced risks to its survival, for example when rebel militias besieged Damascus in 2012-13, or when President Barack Obama nearly bombed government targets after the notorious chemical attack by the Assad regime. against civilians in 2013. in the suburbs of Damascus. But these moments passed, and with them the regime’s determination to survive only grew stronger. So did the will of the most powerful international backers from Syria, Iran and Russia, who came to Assad’s rescue with soldiers, fighter jets and materiel. Thanks to them, he now controls approximately 70% of the country’s territory.

One way to better understand the failure of the Syrian revolution is to contrast it with examples of successful revolutions in recent Middle Eastern history. What conditions in those countries allowed for radical and lasting political change, and did they not exist in Syria?

“
Syria’s communal divisions made it much more difficult to forge a revolutionary message that could appeal to different groups.
“

An example is the Tunisian revolution of 2010-11, the only success story of the Arab Spring. Tunisia is a much smaller country than Syria (with a population of 11 million in 2011, compared to Syria’s 21 million). It is also more homogeneous, overwhelmingly Arab and Sunni, while Syria is a volatile mix of Arabs, Kurds, Sunnis, Alawites, Christians, and others. The Tunisian revolution took place within a country that had not been ruled on ethnic or religious grounds, where it was easier to unite a broad cross-section of society to the revolutionary cause. Syria, by contrast, has been ruled as a largely Alawite dictatorship for decades, led by the Assad family. Given Syria’s deep-rooted communal divisions, it was much more difficult to forge a revolutionary message that could appeal to many different groups.

Another example is the Iranian revolution of 1978-79, which led to the overthrow of Shah Mohammad Reza Pahlavi and the birth of the Islamic Republic. One of the reasons for the revolution’s success was that the shah had alienated virtually every major constituency in Iranian society, from intellectuals and merchants to clergymen, students, and the urban poor. These groups rallied behind Ayatollah Ruhollah Khomeini, thus expanding their base beyond the pious masses.

Unlike the shah, Assad has had enough friends to help him hold onto power, especially when he has the help of a vast arsenal and cash. Important factions have remained committed to the regime, including Assad’s Alawite sect (around 15% of Syria’s population) and other religious minorities (including Christians, Druze and others, who make up around 10%). A significant number of Syrian Sunnis have also sided with Assad, especially in the big cities, reluctantly supporting him as an alternative to the opposition jihadists. Fundamentally, the Syrian army has remained loyal to Mr. Assad (although now it is increasingly dependent not only on Alawite officers but on Alawite front-line troops), something that did not happen with the national armies in Iran or Tunisia.

A final example is Algeria, whose revolution took the form of a dying war of independence from France in 1954-62. As Columbia University historian Matthew Connelly has argued, the Algerian revolutionaries won primarily because of their diplomatic skills, which enabled them to fight “for world opinion and international law rather than for conventional military objectives.” The Algerian rebels succeeded in persuading key countries, including the United States and others in the Middle East, Europe and the Soviet bloc, to recognize them – and not France – as legitimate representatives of Algeria before the war ended.

Syrian revolutionaries never enjoyed such diplomatic success. They did persuade the United States and other major countries to declare that Assad had to go, but these powers never did much to try to overthrow him. In contrast, the Assad regime has benefited from the unwavering support of Iran and Russia in both the military and diplomatic spheres, which turned out to be the key factor in Assad’s survival.

A decade later, what should or can be done about Syria? Idlib province and the northern Kurdish territories remain outside the regime’s reach. But the bitter truth is that, for all intents and purposes, Assad won the war and the Syrian revolution failed. He has won by devastating his country and massacring his own people, but he has won anyway. At this point, the only thing that can be hoped for, and what the United States and its partners can urgently work on, is a political settlement that stabilizes the country and offers some chance to curb the worst excesses of the Assad regime and its ruthless enablers. .