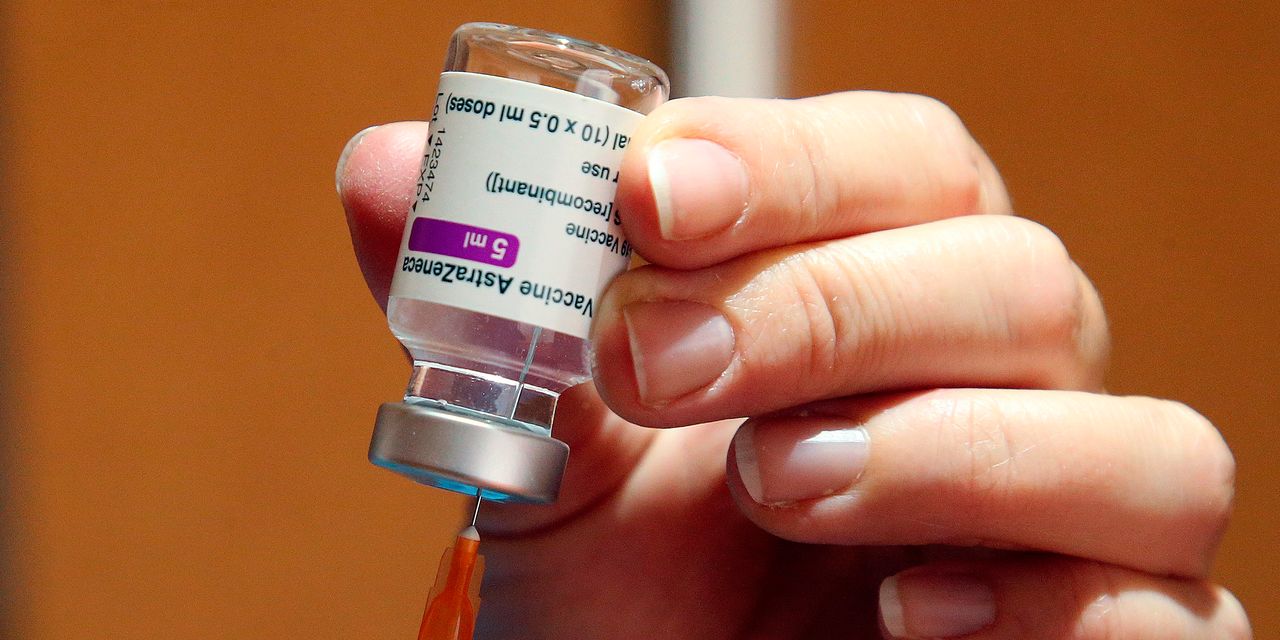 It’s hard to think of a recent fiasco that could coincide with the launch of the European Union’s Covid vaccine. Protectionism, commercialism, bureaucratic ineptitude, lack of political responsibility, paralyzing security -ism: everything is here. The Keystone Kops in Brussels and European capitals would be fun if the consequences weren’t so dire.

As the pandemic moves towards its reopening phase, Europe’s mistakes will cost the rest of the world financially as the continent struggles to break out of the lockdowns.

Catch the last fumble first. Several European regulators and politicians spent this week claiming that the Oxford / AstraZeneca vaccine, the only one currently widely available in the EU, might be unsafe, only to rethink and now beg people to start accepting it.

This time, the concern was that the prick caused blood clotting or problems with blood platelets in some patients. Some people who received the vaccine developed blood clots, but the European Medicines Agency (EMA) found that the vaccine was not associated with an increase in overall risk.

Among the roughly 11 million vaccinated in the UK, severe clots were less common than might be expected in the general population. People can develop clots for many reasons, including other conditions and medications. Covid-19 can also cause blood clots, so any risk-benefit calculation favors vaccination.

This is one piece with a distinctly European safety -ism that has dogged the vaccine program from the beginning. The introduction of the AstraZeneca jab was delayed even after the EMA approved it because bureaucrats in Germany claimed there was no evidence that it works in patients over 65.

Fewer elderly patients were included in the sample during the vaccine testing phase, but that is the truth of this statement. It was quickly disproved – real-world evidence available even then in the UK showed high efficacy in the older cohort – but not before French President Emmanuel Macron took up the issue.

Such sloppy talk deterred vulnerable elderly Europeans from accepting the vaccine last month. It also skewed the priority lists. Younger professors and university professors in Italy received blows ahead of the sick and the elderly under a scheme developed when officials claimed the vaccine would not work for the elderly.

One problem is that no one seems to be completely in charge of monitoring safety and efficacy. Nominally, that’s the EMA’s job, and the agency handled it with typical Eurocratic poise. The EMA approval process is more bureaucratic and requires the participation of all EU member states. Imagine if the FDA consulted all 50 states.

But national governments can also make their own security decisions based on an “emergency”. The UK used this option to quickly approve injections from Pfizer and AstraZeneca even though it was still a member of the EU at the end of last year.

Other governments used this discretion to delay the advance of vaccines. EU capitals refused to follow the UK in granting emergency use authorizations, apparently for fear of damaging European solidarity. But some governments have been happy to impose unilateral blocks on the vaccine, as with the AstraZeneca clot kerfuffle. European regulators are governed by the maxim of “prevention is better than cure”, but in this case they regret it without additional security.

At least now, there are millions of doses available to Europeans who want them. This was not always the case, after procurement errors delayed deliveries and nearly sparked several trade wars. Last year, Brussels officials seized the opportunity to push for common procurement of vaccines to bolster the EU’s credibility among European voters. Buying on behalf of 500 million Europeans was also supposed to give the bloc more influence over drug companies.

It has been chaos. The EU bureaucracy has little experience with acquisitions on this scale, and also struggled to strike bloc-wide deals for fans and protective gear. Brussels officials signed vaccine contracts months after the United States and the United Kingdom did so last year, and only after some European governments threatened to organize their own acquisitions.

Washington and London understood that the crucial thing for mass acquisitions was investing large amounts of money in R&D in many companies in the hope that some would work. Brussels focused on haggling the cost per dose. Europeans pay a few dollars less per dose, but ended up near the end of the shipping line.

Could things have been different? The Trump Administration’s Operation Warp Speed ​​demonstrated how a big government can use its fiscal resources to fund R&D in a crisis. The UK and Israel have shown that small countries can take advantage of regulatory agility to move forward. But somehow the European Union, a continental political bloc made up of smaller nation-states, managed to get the worst of both worlds. It is suffering from the heavy bureaucracy of a large government and the contested inefficiency of a small one.

Europeans can calmly debate who to blame and how to prevent it from happening again. The rest of the world can only hope that their vaccination will act soon.