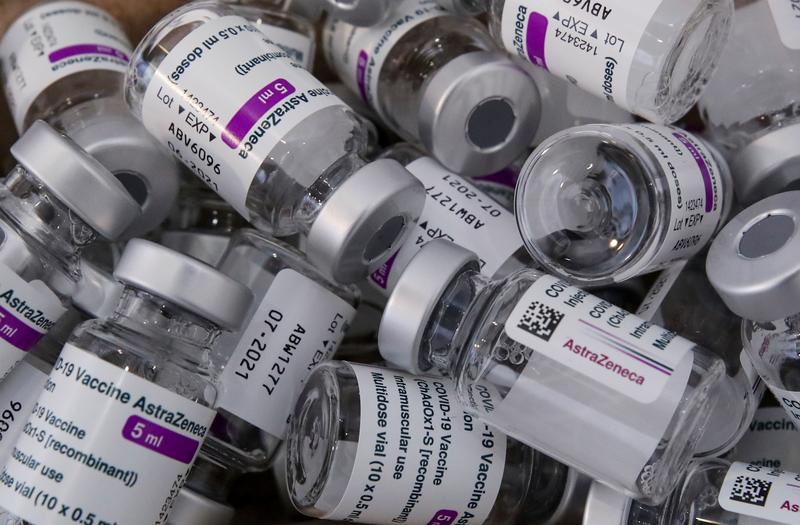 BRUSSELS (Reuters) – The European Commission will send a letter to AstraZeneca as part of efforts to resolve a dispute with the Anglo-Swedish company over supplying COVID-19 vaccines to the bloc, a spokesman for the EU executive said on Thursday.

Under its contract with the EU, the company is due to deliver 300 million doses by the end of June, but said last week it was aiming to ship just 100 million, due to production problems and export restrictions.

“We plan to send a letter to AstraZeneca that will allow us to initiate a dialogue with the company as part of a process to resolve the dispute,” the spokesperson said at a press conference.

He said the letter was being prepared and would be discussed with EU governments before sending it.

A second spokesperson said the letter was in line with article 18.5 of the EU’s contract with AstraZeneca.

According to that article, in the event of a dispute, the two parties agreed to first try to resolve the conflict through informal discussions sparked by a letter.

The same article also says that the Brussels courts would be responsible for resolving any disputes that are not resolved through informal talks.

Asked whether the letter could be the beginning of a possible legal case against AstraZeneca, the Commission’s chief spokesperson said: “Today we are taking a specific step. We’ll see where that takes us. “