January 19, 2019 U.S. Comments Off on The East Bay man first to be released under the new state homicide law 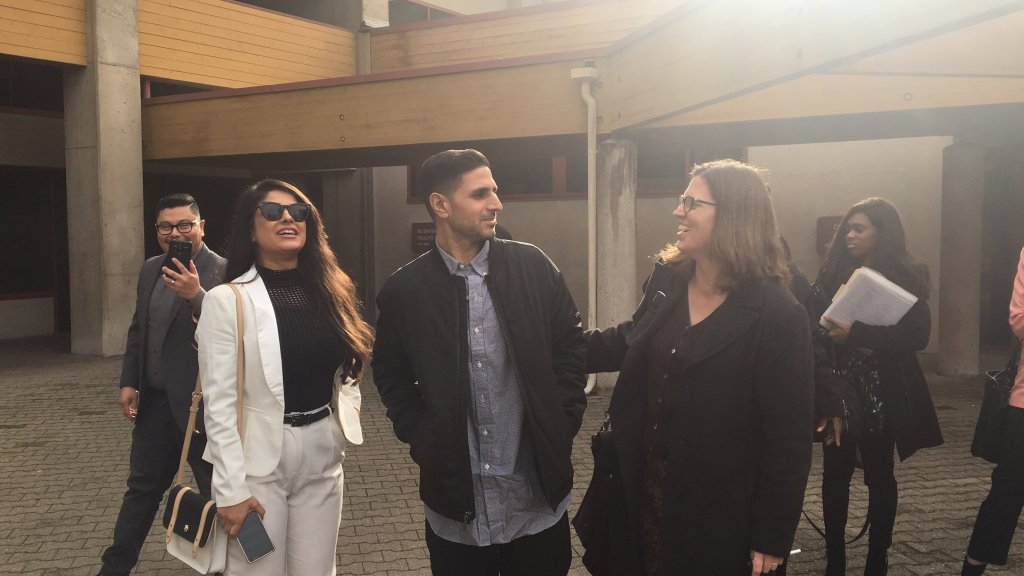 MARTINEZ – Out of the Contra Costa County jail on Friday afternoon, Adnan Khan, 34, took his first steps as a free man since 2003. And the reverberations will be felt throughout the state.

Khan, found guilty of aiding and abetting a first-degree murder in 2004 under California's now-defunct California felony homicide law, was the first of the approximately 800 eligible prisoners to re-sentence under SB 1437, a new law state that fundamentally changes the way in which murders can be prosecuted. The law overrides a legal theory that allows accomplices to be prosecuted for murder when someone is killed during the commission of another serious crime.

"I want people to know that there are many more men and women inside that are like me and that they are ready to go out and taste the fresh air," Khan said, minutes after being released from prison by a judge on Friday. .

Khan was 19 years old and homeless in 2003 when he was arrested and charged with first-degree murder after he and three others conspired to rob his marijuana dealer, Kevin Leonard McNut, in Antioch. During the robbery, one of Khan's accomplices, Rick Asheed Page, stabbed McNut in a fury apparently induced by a mental illness.

Although Khan was not the murderer, he was convicted of first-degree murder and sentenced to 25 years of life imprisonment. Page accepted a plea agreement and received a sentence of 15 years to life in prison.

Khan became a boy on the bill as to why the felony murder law should be annulled, his lawyer Kate Chatfield said after Friday's hearing. Chatfield is the policy director of Restore Justice California, a nonprofit organization co-founded by Khan that advocates for restorative justice and other progressive reforms in the judicial system.

"Mr. Khan was the inspiration for SB 1437," said Kate Chatfield. "His story moved us a lot and moved the Legislature, and then we started this process of examining the felony murder rule."

On Friday morning, before a room full of courts, Judge Laurel Brady approved Chatfield's motion to overturn Khan's murder conviction and send him back to three years for the theft charge. She refused to put Khan on parole, saying he "more than served" his sentence during the 16 years he remained in state prison.

After the court, there was an atmosphere of celebration when a large group of loved ones and supporters of Khan embraced, shed tears and then gathered at the Martinez Detention Center to await their release.

"We are obviously excited, I expected this result, but as things have been for the past 16 years, I was prepared for the worst scenario," Khan's sister Sahresh Khan said on Friday.

Also in the gallery of the room on Friday was Paul Graves, the prosecutor in the case of Adnan Khan. However, Graves, who opposed current district attorney Diana Becton in last year's election, did not appear on behalf of the state. That work was for Venus Johnson, who is the third in command of Becton.

Johnson did not object to the defense motion, saying he had reviewed and accepted it. Judge Brady did the same, and the entire hearing lasted less than 10 minutes. Hours later, Khan walked out the front door of the Martinez Detention Center and was almost immediately surrounded by a group of reporters.

"I'm going to Great America, Six Flags," he joked, and then added that his immediate plans were to eat something. "As long as they are not sandwiches of peanut butter and gelatin or bologna".

It is difficult to determine the number of eligible cases for a lower sentence. Chatfield estimated that there were up to 800 in California prisons. The Santa Clara County Public Defender's Office reports that it has been notified by the California Department of Corrections of some 600 badbadinated inmates who may be eligible for relief under SB 1437, but that is before the cases are eliminated where the evidence shows that the offender participated directly in a murder. The office expects to present about 100 requests at the time everything is resolved.

Chatfield said his group is visiting all state prisons to educate inmates about the new law.

When Khan was arrested after McNut's death, he admitted involvement in the robbery and that his role was to "attack" him and take marijuana. He said he did not know that Page or any of the thieves were armed until after the stabbing. Two other accomplices of the robbery testified against Khan during the trial and were not charged.

Khan did not shy away from that fact, but he always maintained that the murder was not planned. His lawyer called him a spontaneous act of Page.

"I made a steal. "I feel I deserved a penalty for my actions," Khan said Friday.

Page remains incarcerated in the prison's medical facility in Stockton, and is still serving his sentence. In 2018, the then governor. Jerry Brown commuted Khan's sentence to 15 years in prison, which made him eligible for parole.

"Even from prison, I've always expected this error to be corrected, I've always had faith in the fact that, somehow, this was going to reveal how it developed today," said Shadeed Wallace-Stepter, whose own sentence was commuted. in a case of badault. Wallace-Stepter served time in prison with Khan, and the two will be roommates in a transformation house in Oakland.

"(Khan) should have come out," Wallace-Stepter said Friday. "If you know his story and you know why he has been in prison, he should never have gone to prison for this amount of time." It has always seemed to me that someone, being in prison with him, "should not be here."

After Friday's hearing, Becton issued a statement reiterating that his office agreed that Khan was eligible for early release.

"Today's outcome in no way undermines the seriousness of the crime, the unfortunate loss of life or the trauma inflicted on the victim's family," Becton said. "As the criminal justice system continues to evolve, we must continue collectively to find a balance between public safety, accountability, fundamental justice before the law and the rights of victims. "As prosecutors, we must also adapt our sense of fundamental fairness to reflect what is right and what is fair."

The editor Robert Salonga contributed to this report.