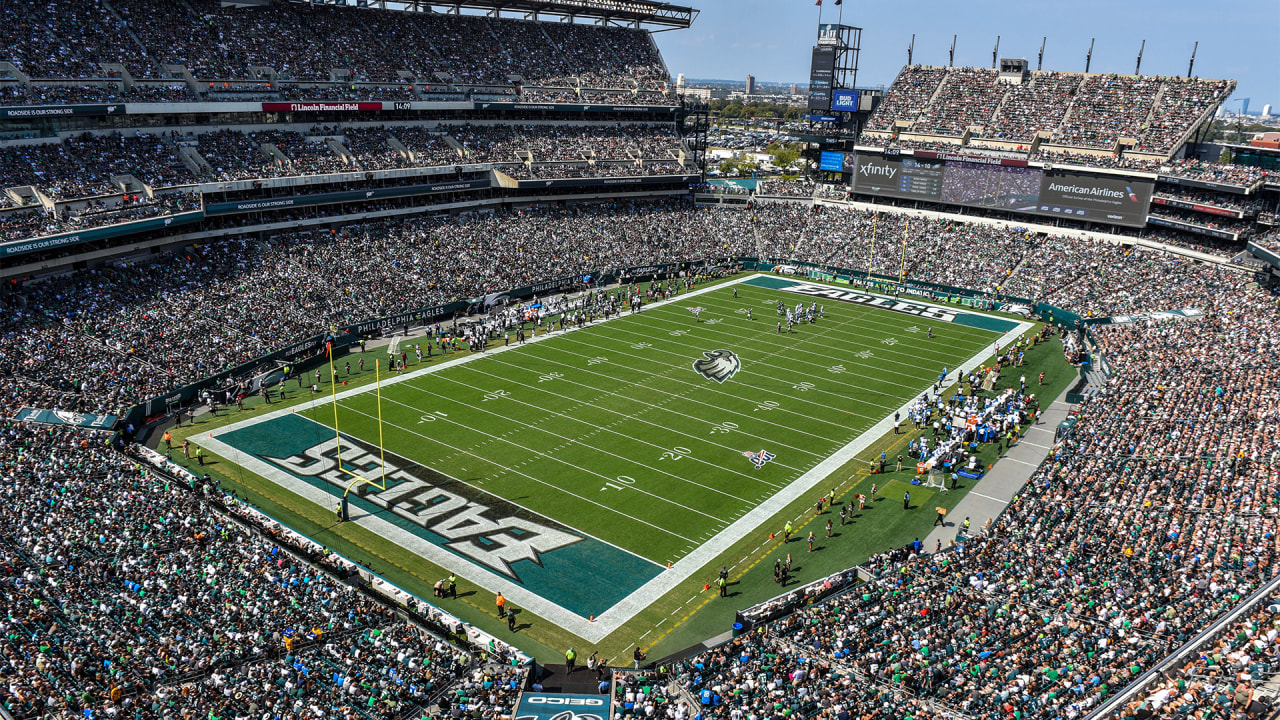 It is time to add some real crowd noise and tell the fan cutout that there will be some extra company this Sunday when the Eagles host the Baltimore Ravens at 1 pm!
Under guidelines set by the National Football League and public health experts, and with the approval of the Commonwealth of Pennsylvania and the City of Philadelphia, the Eagles have finalized plans that will have a limited capacity for fans returning to Lincoln Financial Field, this Sunday Starting from
Stadium occupancy will be limited to 7,500 total people, including players, coaches, teams and stadium staff, media and fans.
Ticket sales for the Sunday game against the Baltimore Ravens and season tickets for the next Thursday night game against the New York Giants begin Wednesday for members who opted in the 2020 season.
Tickets will be sold in groups with a capacity to purchase six tickets in the same seating pod. Any remaining tickets for the Ravens and Giants games will go on sale to the general public at a later date. Single-game tickets for the remaining 2020 home games will go on sale at a later date.
“We are working very closely with state and local officials, public health experts and the National Football League to bring Eagles fans back safely to Lincoln Financial Field,” President Don Smolenski said. “After many thoughtful and active discussions, we are thrilled to announce that the fan experience will return to Lincoln Financial Field this Sunday.
“On behalf of the Philadelphia Eagles, I would like to thank Governor Wolf, Mayor Kenny, and their respective representatives for support and guidance over the past few months. We will all remain in close communication and ready to adjust. Adapt as needed. . ”