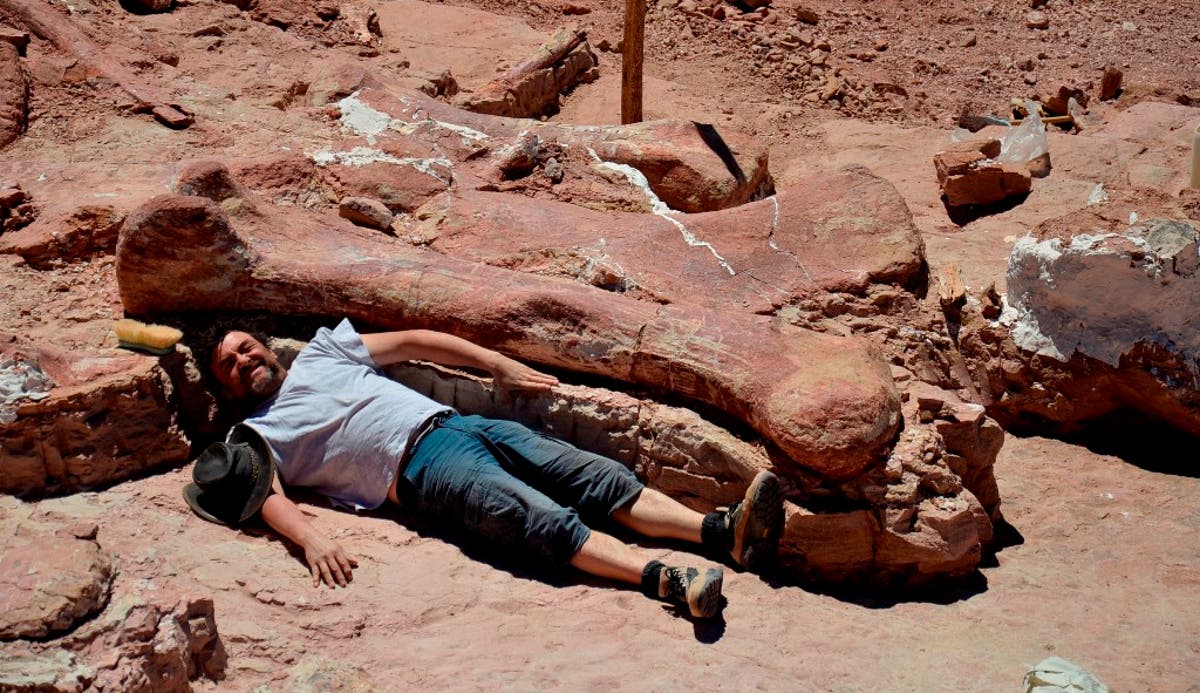 Researchers from the country’s national scientific council believe that the fossilized titanosaur roamed what is now Patagonia 140 million years ago, at the beginning of the Cretaceous period.

This new analysis would mean that titanosaurs, a diverse group of long-necked herbivorous dinosaurs, lived longer than previously thought.

“The main importance of this fossil, in addition to being a new species of titanosaur, is that it is the oldest recorded for this group worldwide,” said Pablo Gallina of the National Council for Scientific and Technical Research (Conicet).

He added that 140 million-year-old fossils are “really very rare.”

The specimen, discovered seven years ago in the province of Neuquén, northwestern Patagonia, has been baptized as ‘Ninjatitan zapatai’ in honor of the paleontologist Sebastián ‘El Ninja’ Apesteguia and the technician Rogelio Zapata.

Besides being the oldest titanosaur ever discovered, it is also believed to be the largest.

Although the fossil is incomplete, its pelvic bone and vertebrae suggest that the Ninjatitan zapatai was around 20 meters long. Its close relative, the Andesaurus, grew to 18 meters long.

However, the largest animal that ever lived is still the blue whale, which can grow up to 33.5 m in length.

Titanosaurs were still roaming the earth when dinosaurs became extinct at the end of the Cretaceous period about 65 million years ago.