The deployment of electric vehicles will require large investments in the US electricity grids. 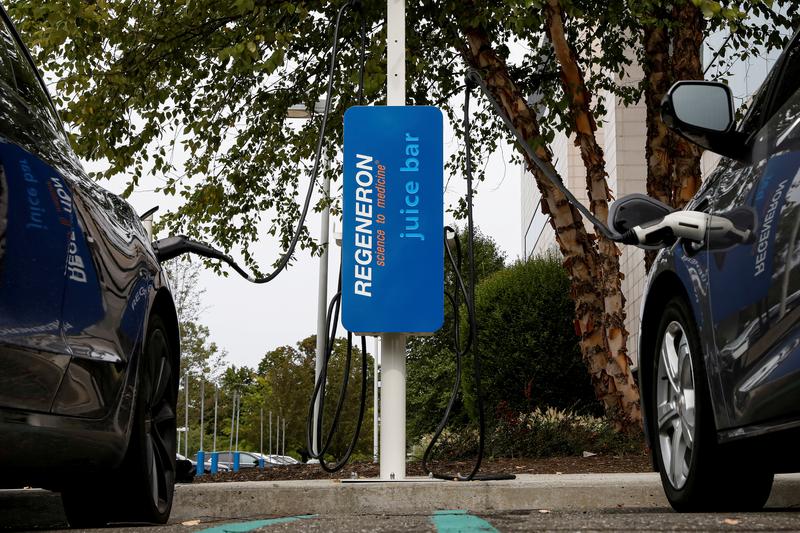 (Reuters) – During several days of brutal cold in Texas, the city of Austin saw its fleet of 12 new electric buses inoperative due to a statewide power outage. That problem will be magnified next year, when officials plan to start purchasing exclusively electric vehicles.

The city’s transit agency has budgeted $ 650 million over 20 years for electric buses and a charging facility for 187 of those vehicles. But officials are still trying to solve the dilemma of power outages like the Texas freeze.

“Redundancy and resilience when it comes to power is something we’ve long understood will be an issue,” said Capitol Metro spokeswoman Jenna Maxfield.

The Austin situation highlights the challenges governments, utilities and automakers face as they respond to climate change. More electric cars will require both a charging infrastructure and a much higher power grid capacity. Utilities and power generators will have to invest billions of dollars to create that additional capacity while also facing the challenge of replacing fossil fuels with renewable energy sources.

“Reliability keeps you awake,” said Siva Gunda, a member of the California Energy Commission, in an interview.

Continued blackouts during a heat wave in California last year prompted the state to order its utilities to obtain emergency generation capacity by this summer and to reform its planning for standby power.

The state plans an aggressive phase-out of gasoline and diesel car and truck sales by 2035, which, if achieved, would require large increases in power grid capacity. (For a chart on the extra power that will be needed for electric cars, click tmsnrt.rs/3rhyX4S)

Chart: Estimated US Capacity If 66% of All Cars are Electric Vehicles by 2050 –

The energy and transportation sectors combined account for more than half of the US greenhouse gas emissions. Their simultaneous greening is seen as critical for the United States, the world’s second-largest emitter behind China, to meet its obligations. under an international agreement to address global warming. (For a chart on the energy sources that power US transportation, now click tmsnrt.rs/387haFR)

The goal is to power electric cars with renewable energy instead of the coal and natural gas that currently dominate the US electricity supply.To make that vision a reality, it will be necessary to store electricity from intermittent sources such as wind and solar, probably through battery technology, so cars can be charged overnight or at other times when supply exceeds demand.

A model utility company with two to three million customers would need to invest between $ 1,700 and $ 5,800 in network upgrades per EV through 2030, according to the Boston Consulting Group. Assuming there are 40 million electric vehicles on the road, that investment could reach $ 200 billion.

So far, investor-owned companies have approved plans for just $ 2.6 billion in charging programs and projects, according to the Edison Electric Institute trade group.

“Electrification of the transportation sector will catch most utilities a bit off guard,” said Ben Kroposki, director of the Center for Power Systems Engineering at the National Renewable Energy Laboratory (NREL).

The organization estimates that by 2050, the electrification of transportation and other sectors will require doubling the generation capacity of the United States.

If not managed carefully, the necessary investments could burden consumers with higher energy bills, according to a report last month from the California utility regulator. Another challenge: Low-income customers often can’t afford to make the initial investment in electric cars, home batteries, and rooftop solar systems that could save them money in the long run.

Utilities are embracing the growth in EV sales as a promising new source of revenue and an opportunity to utilize excess wind and solar energy generated in times of high wind or sunshine when supply exceeds demand.

Investments in both the network and charging infrastructure that are recovered from taxpayers could add between $ 3 billion and $ 10 billion in cumulative cash flow to the average utility through 2030, according to the Boston Consulting Group. The forecast also includes potential new product revenue outside of the regulated businesses of utilities, such as customer fleet routing or charging station maintenance.

However, the revenue opportunity is still nascent, with electric vehicles accounting for less than 2% of all registered vehicles in the United States. And utilities must invest in infrastructure now so consumers feel safe buying an electric vehicle, said Emily Fisher, general counsel for the Edison Electric Institute utility business group.

“There is definitely a chicken and egg situation with the charging infrastructure,” he said.

Major U.S. automakers General Motors and Ford have announced large investments in electric vehicle development to keep up with electric car pioneer Tesla Inc and prepare for the prospect of stricter emissions regulations. . The share of electric vehicles could grow as much as 15% by 2030, according to forecasts by the US Department of Energy.

The electricity to power all of those cars is expected to come primarily from renewable energy sources and natural gas, according to NREL. Even if natural gas generation increases to support electrified transportation, overall emissions are projected to decline, the organization said.

Large new investments can pose difficulties for utilities that are already experiencing climate-related problems. In Texas, many of the companies that would make these investments are facing a financial crisis stemming from last month’s cold snap. Utilities and power traders face billions of dollars in blackout-related charges, and several have filed for bankruptcy.

Daimler Trucks, the world’s largest manufacturer of heavy-duty trucks, plans to sell electric vehicles in Europe, North America and Japan next year. But the company is grappling with how to load what will one day become hundreds of thousands of battery-powered trucks, Daimler Trucks president Martin Daum said.

The need for massive investments in network infrastructure and charging stations “cannot be underestimated,” Daum said.

But Robert Barrosa, senior director of Electrify America at Volkswagen AG, which is building fast-charging stations across the country, said the gradual pace of EV adoption will allow utilities to adapt.

“We are not in a situation of pessimism,” said Barrosa. “We are not going to get 80% of electric battery sales overnight … it will be a natural transition.”

Barrosa said that US power consumption has declined over the past 20 years, due to efficiency gains in home appliances and the transportation sector, which means that the US electrical system has sufficient established capacity. to support the growth of electric vehicles without the immediate need for large investments. (For a graph on US power generation and consumption, click tmsnrt.rs/3e5f6SH)

Chart: The United States generates more electricity than it consumes.

Utility company Xcel Energy said that the adoption of electric vehicles would likely not require capacity additions until after 2030, and that short-term investments would be made primarily in distribution systems. The company plans to accommodate 1.5 million electric vehicles in its Midwest and West service territories by 2030, roughly 30 times its current capacity.

The utility received approval in December to spend $ 110 million on electric vehicle charging infrastructure in Colorado, which passed a law in 2019 that requires companies to develop plans for widespread electrification of transportation. The plan is expected to add 65 cents a month to residential customer bills.

Electric vehicles, especially commercial ones with large batteries, can help stabilize the grid in the long term by returning power to the system during times of peak demand, using chargers that allow electricity to flow in both directions. Passenger cars that sit idle for most of the day could one day make money by returning power to the grid with the help of two-way chargers, utilities predict.

During the Texas outages, some Twitter users said they used their electric vehicles to power their homes. But the broader applications of such vehicle-to-grid technology would require larger infrastructure changes and involvement of public services.

“The planning will be more sophisticated,” said Ryan Popple, co-founder of Proterra, which produced some of Austin’s electric buses. “And as the grid vehicle becomes more common in our commercial fleets, it will actually make the overall technology even more attractive.”