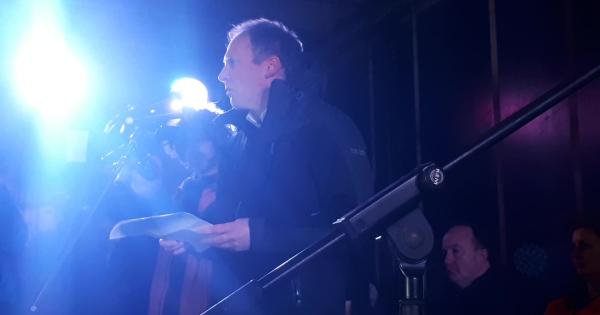 Degradation services at the Portlaoise hospital will worsen the health care crisis in Dublin and the central region. A large demonstration against the removal of services from the face of Laois was told by a consulting cardiologist.

The Portlaoise Hospital Action Group organized the Light for Life Rally on Saturday, December 2 as part of an ongoing campaign to combat the objective of the Dublin Midlands Hospital Group. Health Simon Harris green light emergency removal, maternity, pediatrics, ICU and other services of the Midlands Regional Hospital Portlaoise.

Similar to the campaign against water charges, people are expected to descend at a central location in Portlaoise from six directions. They marched through Mountellick, Mountrath, Abbeyleix, Timahoe, Stradbally and Dublin streets arriving at Main Street around 6 p.m.

"We have seen in recent weeks a draft plan for the degradation of services in MRH Portlaoise filtered to the national media, we reject this draft plan, the way it has been published and the way it was put together

"This process has produced a draft plan that we reject because we fear that if implemented it will worsen access to acute medical care. There is a capacity crisis in MRH Portlaoise. This crisis is not exclusive to Portlaoise.

A victim of a car accident who believes that his life was saved by hospital staff at Portlaoise also spoke out against his downgrade.