The death toll in Brazil exceeds 250,000, the virus continues to proliferate 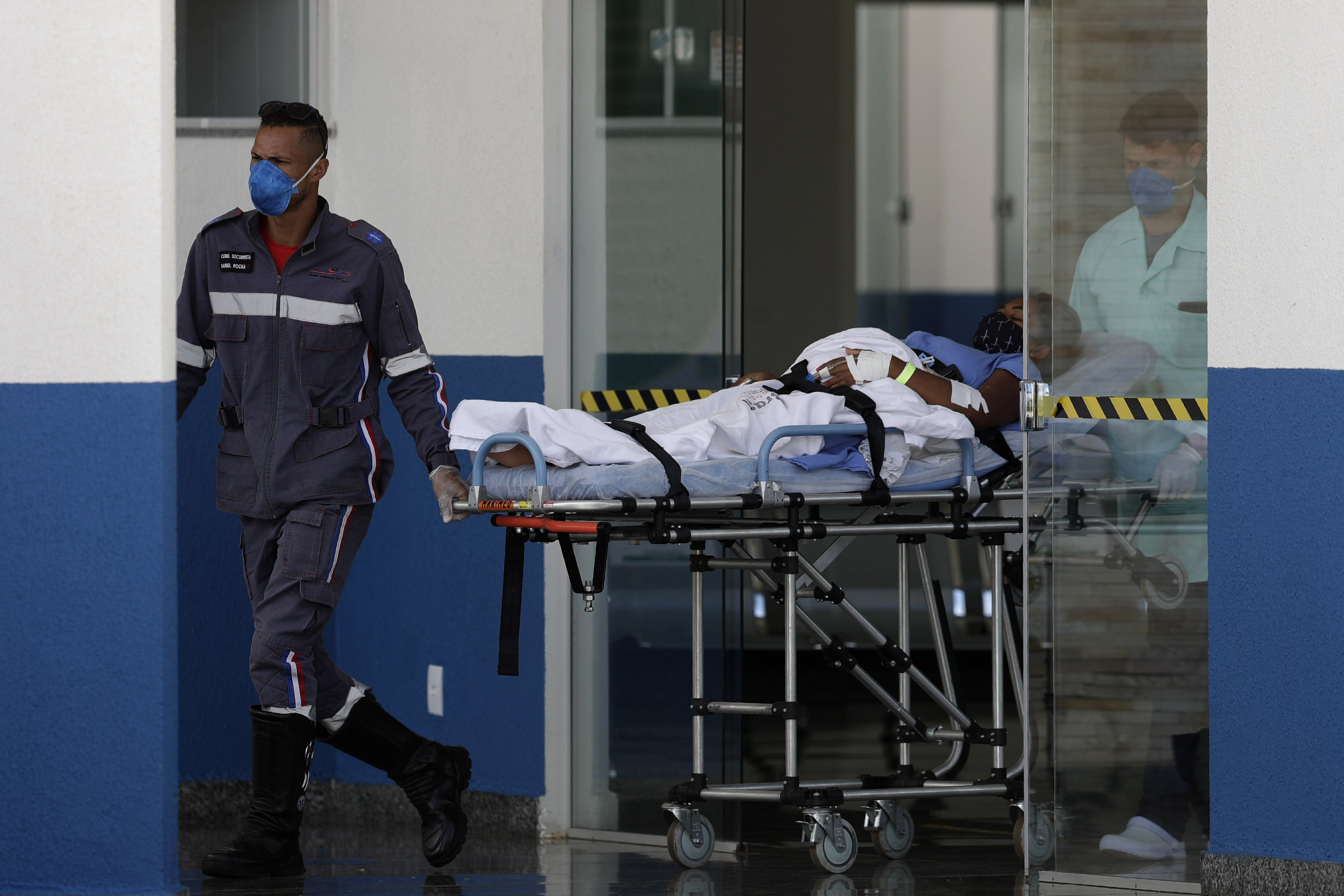 RIO DE JANEIRO (AP) – Brazil’s death toll from COVID-19, which surpassed 250,000 on Thursday, is the second highest in the world for the same reason that its second wave has not yet disappeared: prevention was never a priority, experts say.

Since the beginning of the pandemic, the president of Brazil, Jair Bolsonaro, made fun of the “little flu” and lashed out at local leaders for imposing restrictions on activity; He said the economy must keep moving forward to avoid worse difficulties.

Even when he approved pandemic welfare payments for the poor, they were not advertised as a means of keeping people at home. And Brazilians stayed away from home when vaccination began, but implementation has proven to be much slower than anticipated.

“Brazil simply did not have a response plan. We’ve been through this over the last year and we still don’t have a clear plan, a national plan, ”Miguel Lago, executive director of Brazil’s Institute for Health Policy Studies, which advises public health officials, told the Associated Press. “There is no plan at all. And the same applies to vaccination. “

While daily cases and deaths in other countries have declined, Latin America’s largest nation is parked on a high plateau, a sad repeat of mid-2020. In each of the last five weeks, Brazil has averaged more than 1,000 deaths daily. Official data showed a confirmed death toll of 251,498 on Thursday.

At least 12 Brazilian states are in the midst of a second wave even worse than the one it faced in 2020, said Domingos Alves, an epidemiologist who has been tracking COVID-19 data.

“This scenario is going to get worse,” Alves told the AP, adding that the virus was spreading faster among the population. In Amazonas state, where the capital Manaus saw hospitals run out of oxygen last month, there have been more than 5,000 deaths in the first two months of the year, nearly as many as in all of 2020.

“It is the most difficult moment we have had since the confirmation of the first case,” Carlos Lula, president of the National Council of Health Secretaries, said on Thursday, as quoted by the newspaper O Globo. “We have never had so many difficult states at the same time.”

Alves and other public health experts said the spread is compounded by the reluctance of authorities to follow the recommendations of international health organizations to implement stricter restrictions.

It is up to governors and mayors to impose lockdowns or other restrictions to contain the virus. The states of Sao Paulo and Bahia recently introduced night curfews, but experts say the measures are too late and insufficient.

“They are not containment measures; they are palliative measures, always taken a posteriori, ”said Alves, who is also an associate professor of social medicine at the University of Sao Paulo. “‘Blockade’ has become a curse in Brazil”.

Miguel Nicolelis, a prominent Brazilian neuroscientist, warned in January that Brazil had to go into lockdown or “we won’t be able to bury our dead in 2021.” He had been advising northeastern states on how to combat COVID-19, but recently left his post, unhappy with his refusal to enter the confinement, the Folha de S.Paulo newspaper reported.

“Right now, Brazil is the largest open-air laboratory, where it is possible to observe the natural dynamics of the coronavirus without any effective containment measure,” he wrote on Twitter Tuesday. “All will witness the epic devastation.”

There are some exceptions, but they remain marginal and have failed to inspire a broader movement.

Sao Luis, capital of the northeastern state of Maranhao, was the first Brazilian city to enter a total blockade last May. It was a success, despite Bolsonaro’s efforts to undermine the restrictions and cast doubt on their effectiveness, according to state governor Flávio Dino.

“It has been very difficult to manage distance and prevention measures,” Dino said, adding that the first hurdle was economic and social, especially after the federal government’s emergency aid program for a pandemic ended last year.

Lago noted that Bolsonaro hardly ever comments on the pandemic anymore and has effectively moved on to other priorities, including garnering support in Congress to ease gun control laws and pass economic reforms. His administration seeks to reinstate some COVID-19 welfare payments, but for a smaller group of Brazilians in need.

The only preventive measure that Bolsonaro consistently supported was the use of treatments such as hydroxychloroquine, which showed no benefit in rigorous studies.

The Bolsonaro administration has also taken a hands-off approach to the vaccination campaign. It relied primarily on a deal to buy a single vaccine, AstraZeneca, which has been a long time coming. The national immunization effort to date has relied primarily on CoronaVac vaccines made in China and insured by the state of Sao Paulo, although the federal government is now trying to buy others.

Brazil’s decades of experience with successful vaccination programs and its extensive national public health care network led many experts to believe that immunization, even if it started late, would be a relatively quick affair. In previous campaigns, the nation of 210 million was able to vaccinate up to 10 million people in a single day, health experts noted.

Five weeks after the first vaccination, Brazil has vaccinated only 3.6% of its population. That’s more than twice that of Argentina and Mexico, but less than a quarter of Chile’s, according to Our World in Data, an online research site that compares official government statistics.

“There is no way to be fast with a shortage of vaccines; that is the crucial point, “said Carla Domingues, who for eight years coordinated Brazil’s national vaccination program, until she left her post in 2019.” Until there is a greater supply, the speed will be slower, since we must continue selecting who can be vaccinated “.

Meanwhile, the virus continues to ravage Brazil and take its toll.

In the city of Araraquara, in the state of Sao Paulo, there have been more deaths so far this year than in the whole of last year and the occupancy of intensive care units exceeded full capacity, with people on waiting lists for enter ICUs and receive treatment. Local authorities responded Sunday by announcing a total closure, making Araraquara the second city to impose such a restriction.

“We never imagined that we would get to this point,” said Fabiana Araújo, nurse and coordinator of the city’s committee to combat COVID-19. “It was the only option.”