The data will characterize the planetary atmosphere models 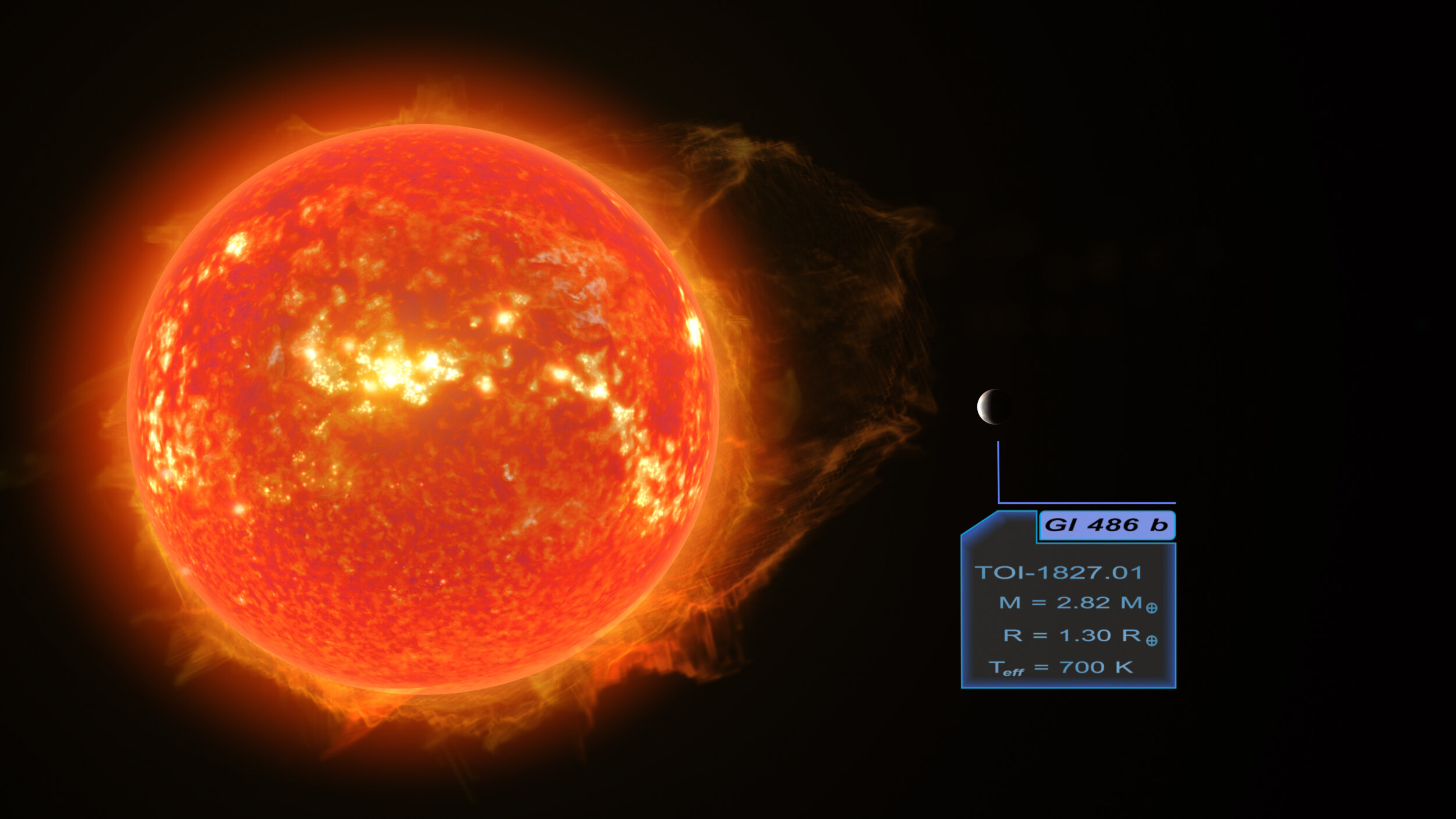 During the last 25 years, astronomers have discovered a wide variety of exoplanets, made of rock, ice and gas, thanks to the construction of astronomical instruments designed specifically for planet searches. In addition, using a combination of different observation techniques, they have been able to determine a large number of planets masses, sizes and, therefore, densities, which helps them estimate their internal composition and increases the number of planets that have been discovered. off Earth. Solar system.

However, studying the atmospheres of rocky planets, which would allow to fully characterize those exoplanets that are similar to Earth, is extremely difficult with the instruments available today. For that reason, atmospheric models for rocky planets remain untested.

So it is interesting that the CARMENES astronomers (Calar Alto high resolution search for M dwarfs with Exoearths with near infrared spectrographs and optical échelle), a consortium in which the Instituto de Astrofisica de Canarias (IAC) is a partner, recently published a study, led by Trifon Trifonov, an astronomer at the Max Planck Institute for Astronomy in Heidelberg, Germany, on the discovery of a hot super-Earth orbiting a nearby red dwarf star Gliese 486, just 26 light-years from the Sun. .

To do this, the scientists used the combined techniques of transit photometry and radial velocity spectroscopy, and used, among others, observations with the MuSCAT2 instrument (Simultaneous Multicolor Camera for the Study of Atmospheres of Exoplanets in Transit) in the Carlos Sánchez Telescope of 1.52 m from the Teide Observatory. . The results of this study have been published in the journal Sciences.

The planet they discovered, called Gliese 486b, has a mass 2.8 times that of Earth and is only 30% larger. “By calculating its average density from the measurements of its mass and radius, we infer that its composition is similar to that of Venus or Earth, which have metallic nuclei inside”, explains Enric Pallé, IAC researcher and co-author of the article.

Gliese 486b orbits its host star in a circular path every 1.5 days, at a distance of 2.5 million kilometers. Despite being so close to its star, the planet has probably retained some of its original atmosphere (the star is much cooler than our Sun) making it a good candidate for looking in more detail with the next generation of space and land. telescopes.

For Trifonov, “the fact that this planet is so close to the Sun is exciting because it will be possible to study it in more detail using powerful telescopes such as the imminent James Webb space telescope and the ELT (Extremely Large Telescope) that is being built now.” “

Gliese 486b takes the same time to rotate on its axis as it does to orbit its host star, so it always has the same side facing the star. Although Gliese 486 is much weaker and cooler than the Sun, the radiation is so intense that the planet’s surface heats up to at least 700 K (about 430 degrees C). Because of this, the surface of Gliese 486b likely looks more like the surface of Venus than Earth, with a hot, dry landscape with rivers of fiery lava. However, unlike Venus, Gliese 486b can have a thin atmosphere.

Calculations made with existing models of planetary atmospheres can be consistent with hot-surface, thin-atmosphere scenarios because stellar radiation tends to evaporate the atmosphere, while the planet’s gravity tends to hold it back. Today it is difficult to determine the balance between the two contributions.

“The discovery of Gliese 486b has been a stroke of luck. If it had been a hundred degrees warmer, its entire surface would be lava and its atmosphere would be vaporized rock”, explains José Antonio Caballero, researcher at the Center for Astrobiology (CAB, CSIC-INTA ) and co-author of the article. “On the other hand, if Gliese 486b had been a hundred degrees cooler, it would not have been suitable for follow-up observations.”

Future observations planned by the CARMENES team will attempt to determine its orbital inclination, which makes it possible for Gliese 486b to cross the line of sight between us and the star’s surface, obscuring some of its light and producing what is known as transits. .

They will also perform spectroscopic measurements, using emission spectroscopy, when areas of the hemisphere illuminated by the star are visible as phases of the planet (analogous to the phases of our Moon), during the orbits of Gliese 486b, before it disappears behind. the star. The observed spectrum will contain information about conditions on the planet’s hot illuminated surface.

“We cannot wait until the new telescopes are available,” admits Trifonov. “The results that we obtain with them will help us to better understand the atmospheres of rocky planets, their extension, their very high density, their composition and their influence on the distribution of energy around the planets.

The CARMENES project, whose consortium is made up of 11 research institutions from Spain and Germany, aims to monitor a set of 350 red dwarf stars to search for planets like Earth, using a spectrograph of the 3.5 m telescope of the Calar Observatory High or tall. (Spain). The present study has also used spectroscopic measurements to infer the mass of Gliese 486b. Observations were made with the MAROON-X instrument at Gemini North (8.1 m) in the USA, and archival data was taken from the Keck 10 m telescope (USA) AND the 3 m telescope. , 6 m from ESO, (Chile).

The photometric observations come from NASA’s TESS (Transiting Exoplanet Survey Satellite) space observatory, (USA), whose data were basic to obtain the radius of the planet, from the MuSCAT2 instrument of the Carlos Sánchez Telescope of 1.52 m of the Teide Observatory (Spain). and the LCOGT (Las Cumbres Global Observation Telescope) in Chile, among others.