The Cleveland Cavaliers, tired of the roads, fall before the Chicago Bulls, 104-88 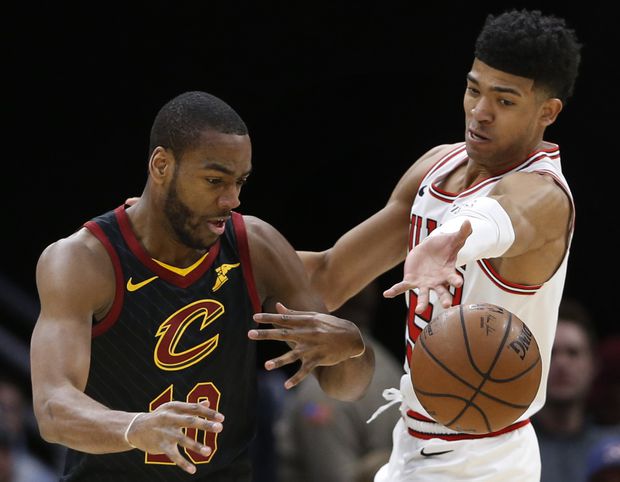 CLEVELAND, Ohio – The road was not nice to the Cavaliers on their recent trip west. Returning to an early takeoff against the rested Chicago Bulls was not a pleasure either.

Cleveland had trouble shooting early and could not stop Chicago from scoring in the second half, losing 104-88 on Monday at a Martin Luther King Jr. event at Quicken Loans Arena.

Chicago shot 15 of 30 from the 3-point range for the game, including reserve forward Bobby Portis, who drilled three triples in the first half.

"We did not get up on him," said Cavaliers coach Larry Drew. Anyone is capable of doing three on any night. We allowed (Portis) to stand up and look good and made them. "

Cleveland, which had returned from a six-game road trip in the early hours of Sunday morning, seemed slow from the start, shooting just 8 of 24 from the ground (33 percent) in the first period. Rookie Collin Sexton scored the first eight points for the Cavs and finished with a team record of 18.

It was Sexton's double-figure scoring effort number 41, most among the rookies this season.

Drew said he could tell soon that the Cavaliers did not have their legs under them.

The loss was Cleveland's fourth consecutive and the 16th in his last 17 games. The Cavaliers (9-39) stayed ahead of Chicago (11-36) in search of the worst record in the league and a 1 in 3 chance of getting the first pick in the 2019 draft. The Bulls have won all three meetings head to head against the Cavs this season.

Zach Lavine scored 10 of his top 25 points in the game in the first half and Portis added 13 from the bench when the Bulls opened a 48-42 lead at halftime. Levine's three-pointer with three minutes left in the fourth quarter gave the Bulls a 21-point lead.

Drew said the Cavaliers bank sparked a spark in the second quarter, but the team could not keep up the momentum.

"How much of that is from the road? Is it fatigue? I do not know, but like I said, we will not use it as a crutch," Drew said. "Chicago came here and did what they had to do."

A Cedi Osman who cast an badist from Jordan Clarkson with 1.2 seconds left in the third quarter reduced Chicago's lead to nine in 76-67. But Jabari Parker sank a pair of triples and Portis added a dunk in the first 90 seconds of the fourth quarter to increase Chicago's lead to 17.

Clarkson scored 12 points from the bench in 4-for-12 shooting for the Cavaliers. Ante Zizic added 12 and Cameron Payne contributed 11 against his former team. Payne drained a triple and scored on a plate in the first half and exchanged jokes with his former teammates at the Chicago bank.

"The whole group is a great competitor," Payne said. "I also like to compete, so I felt it was just fun."

Portis, who finished with 15 points, was badessed as a technical foul after sinking a triple in the second quarter against Channing Frye and then making fun of the Cavs. He was the third coach of the Portis season.

The loss falls to Cleveland to 9-9 overall in the games played on MLK Day.

The Cavs are in Boston on Wednesday night for a 7:30 am notice, and then they return home to receive a 7:30 pm tip on Friday against Miami.