The cause of a mysterious disease that kills bald eagles has been discovered after 25 years, researchers say 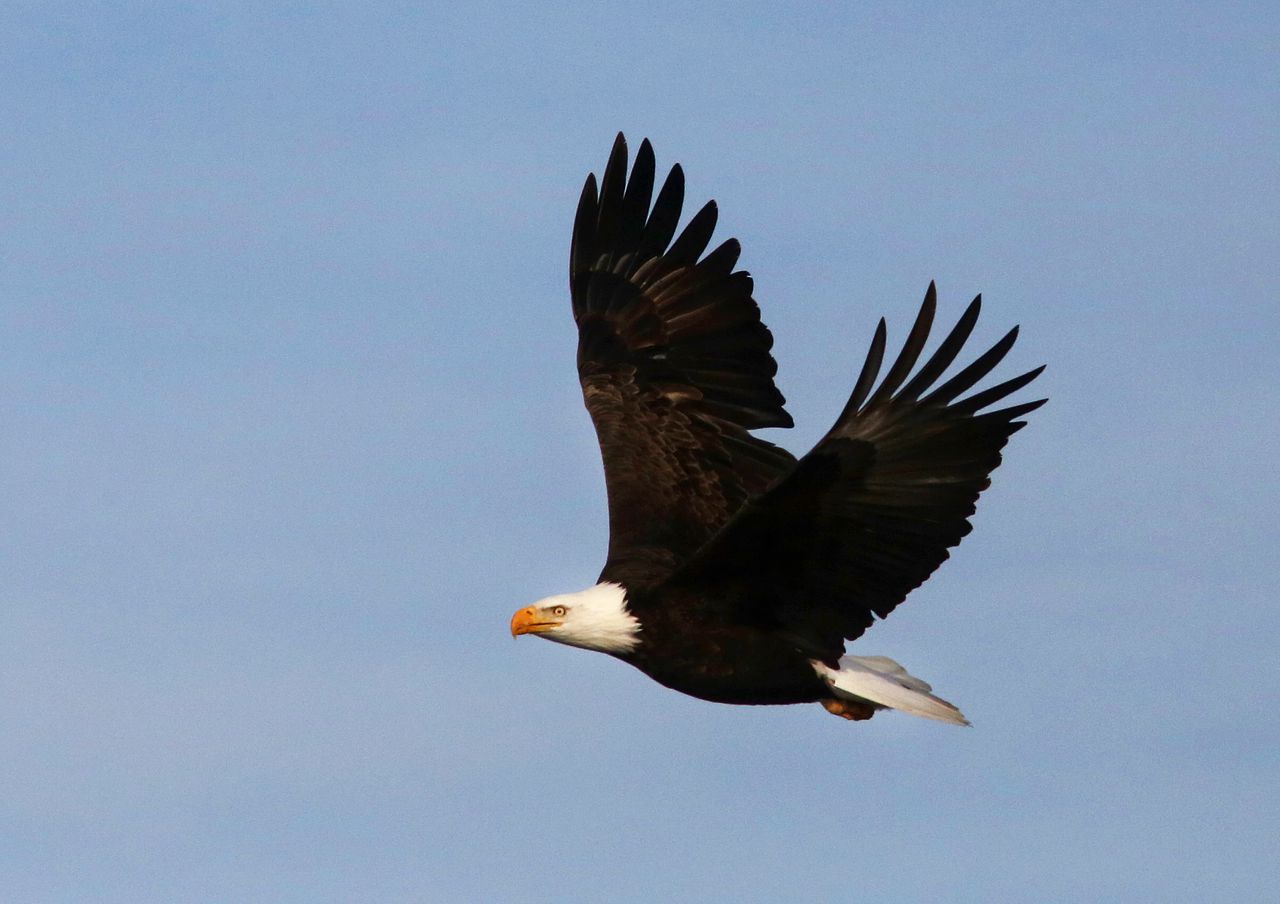 America’s national emblem and mascot, the bald eagle, has been the target of a mysterious neurodegenerative disease for the past 25 years.

According to a Live Science report, researchers have been “doing research” since 1994, when the disease, known as vacuolar myelinopathy (VM), was first discovered. At that time, a large number of bald eagle carcasses were found near DeGray Lake in Arkansas.

According to the researchers, an infected animal will begin to have problems with motor functions as MV attacks the brain and eventually the animal succumbs to a “gruesome death.”

Live Science quoted co-author Susan Wilde, an aquatic scientist at the University of Georgia who has been studying VM since 2001, who told them: “When birds are really sick, they just look really drunk, they stumble and fall. “He added:” But the situation worsens even more, they are paralyzed, blinded and may have tremors and seizures before succumbing to the disease. “

Scientists had no idea how the disease was acquired.

Scientists initially did not have an explanation for how eagles acquired the disease. Eventually “they identified an invasive plant and then a particular species of cyanobacteria that appeared to be responsible,” however, they were unable to determine “the exact mechanisms” behind VM.

But, Live Science reports that a new study has found that “a neurotoxin called aetokthonotoxin that is produced under certain circumstances by cyanobacteria that live in invasive plants” is the culprit.

Lead author Steffen Breinlinger, a doctoral student at the Martin Luther University of Halle-Wittenberg in Germany, explained to Live Science: “A toxin produced by cyanobacteria colonizing a highly invasive plant, which has the ability to affect various phyla of animals. on its potential impact on our environment, ”the report cites.

VM has spread rapidly across lakes in the United States since it was first discovered in 1994, the report noted.

“We’ve found it in nine states from Virginia to Texas,” Wilde said. “But I don’t think we understand how many places this could be happening.”

Although a wide range of lake species, such as “fish, frogs, snails, salamanders, turtles, and snakes, as well as smaller birds such as coots, owls, and waterfowl,” also appear to be affected by the disease, “bald eagles are a of the most affected species because they feed on all these other infected animals, “said Wilde.

“We know that at least 130 eagles have died testing positive for VM,” added Wilde. “But the body recovery rate is probably around 10-12%, so it’s probably at least 10 times higher.”

To test VM, researchers perform a necropsy immediately after the animal’s death. According to Wilde, “the only physical evidence of the disease” is “injury and damage to the brain,” which “can only be adequately identified for a short period of time after death,” which makes “tracking the disease and estimating deaths “more uniformly more difficult, the report quoted.

Although scientists discovered early on that VM “was found only in lakes where an invasive plant species, Hydrilla verticillata, was also found,” it soon became clear that “not all lakes where Hydrilla grows were linked to VM”, for what had to be something else that was causing the disease.

Then, in a new study by Wilde and his colleagues in 2015, a species of cyanobacteria (Aetokthonos hydrillicola) was identified that “was found on Hydrilla in lakes where VM occurs in animals.” But the team still couldn’t explain how the bacteria were causing VM, the report noted.

In the new study, when Wilde sent samples of the cyanobacteria to Breinlinger and other researchers in Germany, who tried to grow cultures of bacteria to see what toxins they produced, the German team discovered to their surprise that “the cyanobacteria growing in regular cultures did not produce any. toxin and seemed to refute Wilde’s theory that they were responsible for the VM. “

But, the report says that when grown in crops that include bromide, “the plants produce a toxin that researchers now believe causes VM, called ethoctonotoxin.” The translation of the name is “poison that kills the eagle”.

It is still unknown why cyanobacteria produce the toxin and do so only in the presence of bromide, the researchers say. And while bromide occurs naturally in lakes in small doses, Breinlinger said it is also being spread by “anthropogenic influence,” herbicide use, and “chemical runoff from flame retardants and pollution from power plants. of coal “.

According to Wilde, the likelihood that VM will ever be eradicated from US lakes “is highly unlikely.” However, scientists now have a better understanding of the toxin responsible for it, which will help develop ways to “control the spread and manage the disease.”