The Bucks were not at their best in Game 1, but they proved how difficult it is to beat them 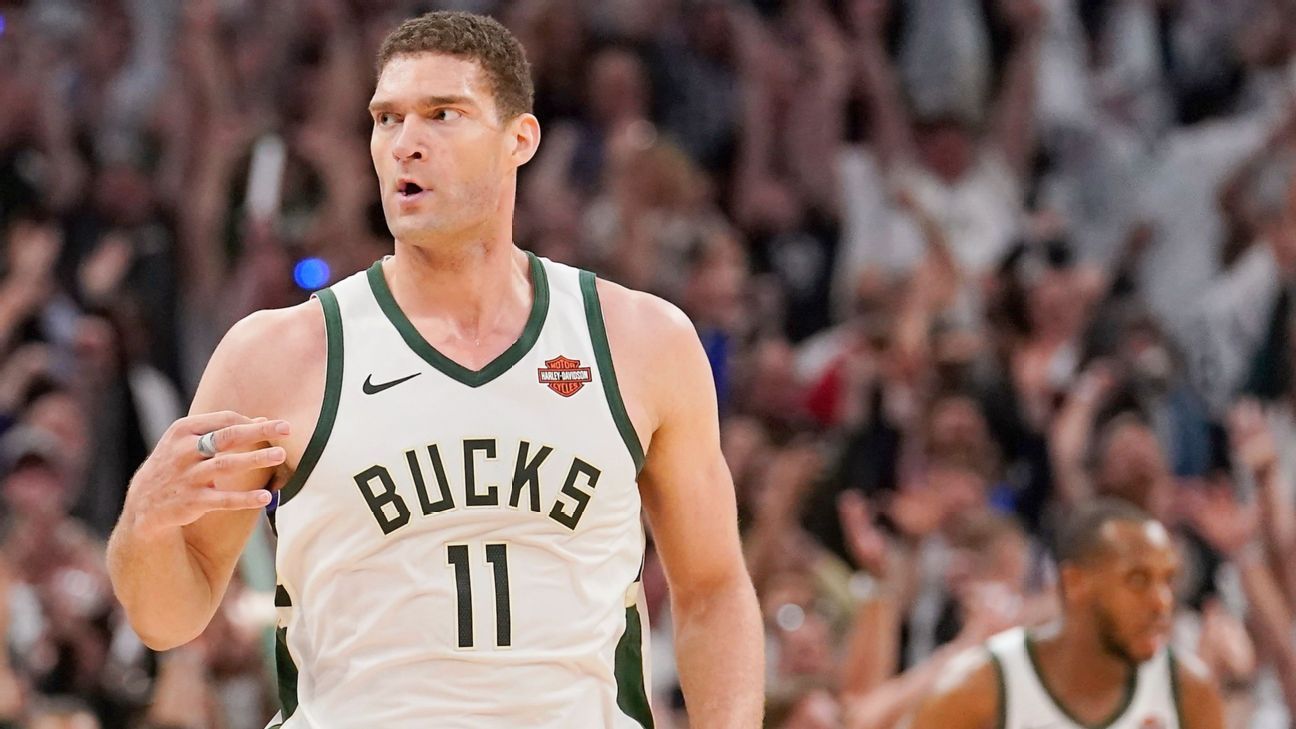 MILWAUKEE – The moment Kawhi Leonard shook Khris Middleton in a backdoor cut for an easy midway through the third quarter of Game 1 of the Eastern Conference finals on Wednesday night, the Toronto Raptors seemed to be the best.

The Raptors only managed five shot attempts on the edge in the first half, but here was a beautiful midfield set that summed up how brutally efficient the Raptors can be when they are maximizing their strengths: Leonard and Kyle Lowry separate from Marc Gasol in the high pole – Lowry rushes to the left corner and Leonard skirts behind Middleton. This was Toronto's high-IQ basketball at its most intelligent moment, and the bucket gave the Raptors a 10-point lead with 5 minutes, 50 seconds left in the third period.

Find everything you need to know about the playoffs here.

• Times, confrontations and more
• Selection of experts for the end of the conference.
• For Warriors, what is old is new again.
• Blazers stopped looking for curry solution.
• The ways in which Giannis, Kawhi define the East finals.
• The Bucks try to avoid another disappointment of the G1.
• What's next for the deleted teams?

By many measures, the Raptors made a solid effort on Wednesday night. They executed their defensive play plan, enthusiastically took many of the open shots they had rejected during much of the first two rounds of the postseason, and found opportunities in the transition.

However, a fatal fourth quarter unraveled much of that solid work in a 108-100 loss to the Milwaukee Bucks.

Wednesday night was another cleaning game 1 for a team of Bucks that had not played in a whole week. A unit that is based on cadence and time, the Bucks could not find their flow in much of the game. The pillars, like Middleton, initially had trouble finding shots against the Toronto exchange schemes, an uneven coverage for Toronto. Giannis Antetokounmpo, the best rhythm player, did not have the maximum effect with the long rest.

However, despite having lost 29 of their first 35 attempts from a range of 3 points and their field goal percentage of 45.7 percent forgettable, the Bucks took the first game of the series. If Game 1 is evidence of something, it is that the Milwaukee Bucks are, and will continue to be, an exceptionally difficult team to win under any conditions.

"I think we did a great job of continuing with what we've been doing throughout the postseason," said Brook Lopez, who led the Bucks with 29 points. "The shots did not arrive early, but we did a great job to achieve it, we played very well defensively and we just kept going, then things started to work."

This is a measure of the dominance of the NBA team: the ability to win tough matches against tough opponents despite the poor results of the best players, marginal success against defensive strategies and bad shots. In that norm, the Bucks, now with a 9-1 record in the postseason, are dominant, even if the final result in Game 1 was not an exhibition of their best choreography.

While putting his special Disney team in his locker before heading to the postgame podium, Lopez debated one of the great postseason enigmas for a team that faces a changing defense like Wednesday night in Toronto. Should an offensive team respond by chasing mismatches available in the midfield, or should they ignore any advantages they may or may not have and simply continue to manage their things?

"Someone will say:" Why do not you go by mail? "But that's not what we are," said Lopez. "We do not want to change who we are."

Although there are many NBA coaches who believe that not attacking the imbalances is tantamount to leaving money in the hardwood of the NBA, the position articulated by Lopez has been the constant stance of the coach of the Bucks, Mike Budenholzer. Although the Bucks never broke the code offensively in Game 1, they enjoyed a timely outburst from Lopez in the fourth quarter, when he exhausted three of his five attempts from beyond the arc.

"This is the Brook that we all know and that we all love," said Antetokounmpo, who noted that Gasol, badigned to Lopez's guard, has a directive to be an active supporter in this series, which will often leave Lopez open. .

Lopez's exploits everywhere on the floor were essential for the Milwaukee victory on Wednesday night, but the game was won on the defensive side, with Lopez, again, as the catalyst. With rare exceptions, the Raptors simply could not reach the limit in Game 1, trying only a fifth of their shots at point-blank range, a terribly low frequency. For all of Antetokounmpo's offensive gifts and the space on the floor that the Bucks demonstrate, their ability to cover the basket area is their most consistent attribute as a team. Toronto rarely reached the limit, and on the occasions when the Raptors did, they were a scant 9 out of 17.

"You can take your defense every night, and that's what we expect," Budenholzer said. "There will be nights when you do not shoot, and you have to keep doing well or give it to the defense, if you do, maybe you can break through and find a way to win in one night." when you really do not shoot very well on offense or play so well on offense. "

This idea is evangelical in Milwaukee under Budenholzer: in a league in which games are won and lost more and more by the vagaries of perimeter shooting, defense is the best insurance policy. Go to 6-of-35 from the 3-point range during the first 36 minutes of basketball? Certainly not ideal, but nobody tries to fail. But if the defense is squeezed around the paint like a vise, and the defenders recoil instantly, and the rotators are sharp in their anticipation, cold blows can be withstood and big games can be won.

Here's the challenge for any team that needs to defeat the Bucks in a seven-game series: set aside the games that will be lost because Milwaukee employs a transcendent superstar, and skilled shooters around him, what does he do when the Bucks? Is the defensive effort, much less variable, so strongly committed to depriving it of what it most wants and needs?