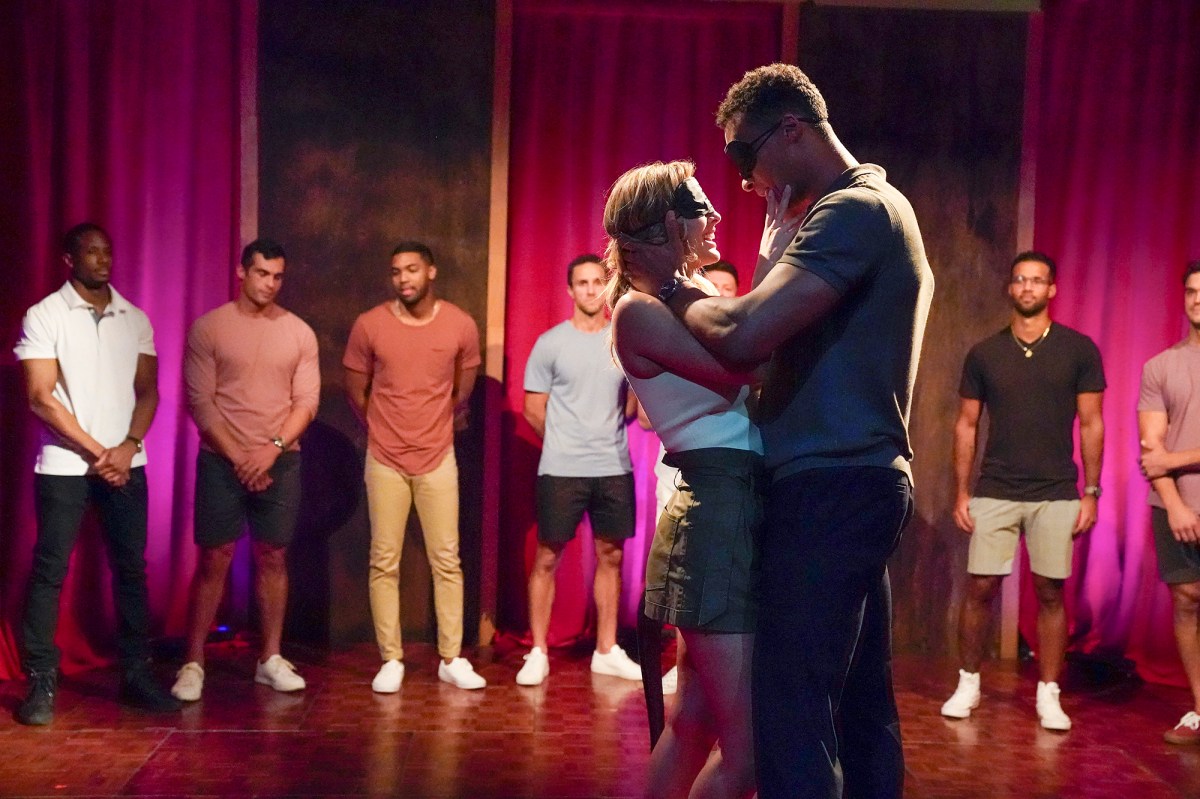 “I’m really looking forward to getting to know Dale better.”

This is probably not the attitude when dating 23 different people. But on week two of “The Bachelorette”, leading lady Claire Crowley continued to do nothing but tunnel vision for her forerunner (and the man she allegedly left the show for), Dale Moss.

The dates went away, and things escalated quickly. Claire was handsome and dropped pants. There were bare butts and outside.

He made an honest effort to play the part and get to know some other people. But tonight confirmed that we all know where this is going, no matter how the producers try to deceive us. I only hope that I will be invited to Claire and Dale’s wedding after this game.

Chris Harrison dropped a date card for Riley, Jordan, Yosef, Evan, Ben, Bennett, Zac C., Zack Jay and Dale. “I am looking for a person who speaks my heart,” it read. It was a Love Language themed date (but it is “The Bachelorette”, so the service functions were omitted).

The first confirmation words were: Claire posed in a Juliet-style tower, as the men dedicated the monologue to her. Next, the gift. Then, touch. Clare was blindfolded and closed as she felt each of the people as they breathed on her neck, carefully avoiding all network TV-inappropriate parts.

But there was trouble in heaven: no man wanted to tear Claire apart in order to get to know her for “quality time”. Eventually Bennett asks for a chat, she returns to the bros to tell him about the injury. “Does anyone want to hang out with me?” she shouted. While others found vigorous empowerment, Yosef (you may remember him from last week’s play) found it to be “premature”. Don’t you just have a little foreboding?

Dale and Claire admitted that they have “feelings” for each other. But in an apparent effort to throw us away, Riley, the 30-year-old, stepped up to date.

Before the meeting, Clare asked 31-year-old Jason to write a letter to his younger self. Together, they shouted into the night to purge their previous trauma. They then read aloud the negative words that others had called them. But instead of throwing the terms into the fire, he threw them against some rocks?

Like Dale, a Jesian, a Virginian, was also formerly in the NFL. The girl has a type. At her peril, Claire conferred on her with a rose and a kiss.

Say ball jokes. When you can’t leave the resort, you play strip dodgeball, apparently. The people were divided into two teams. The losers lost their clothes, the winners got a party with Claire.

“I wanted to see if they got it,” Claire said, adding that the unsuccessful Blue team peeled off their jockstraps and displayed the team members in front of them.

Blake Moynes, who got the first kiss last week but lost the game, threw a wrench at the winner’s date (yes, it’s a “dodgeball” reference. RIP Rip Torn). “I wanted to show him that I had the balls,” he argued at this point on the date – crashing. Claire avoids him a kiss and starts her court. But later, at the cocktail party, he awarded her a rose for her bravery.

During his sit-in, 28-year-old Brandon stated that he wanted to come to the show because Claire was the bachelorette. . . However, he could not give a single reason. Bye! He sent her home on the spot.

Kinky Claire blindfolds Dale as a “gift”. His present? Lots and lots of tongues.

. . . Not done. It was cut off before Rose could be handed over, and before Yosef could confront Clare for being “the oldest bachelor of history”.

Starting next week which should have been the climax of this week, angry Yosef summons Claire out. She will give him a #GirlBoss speech, and send him straight home. Unable to deny his apparent sexual tension, the rest of the men will then turn to Dale.