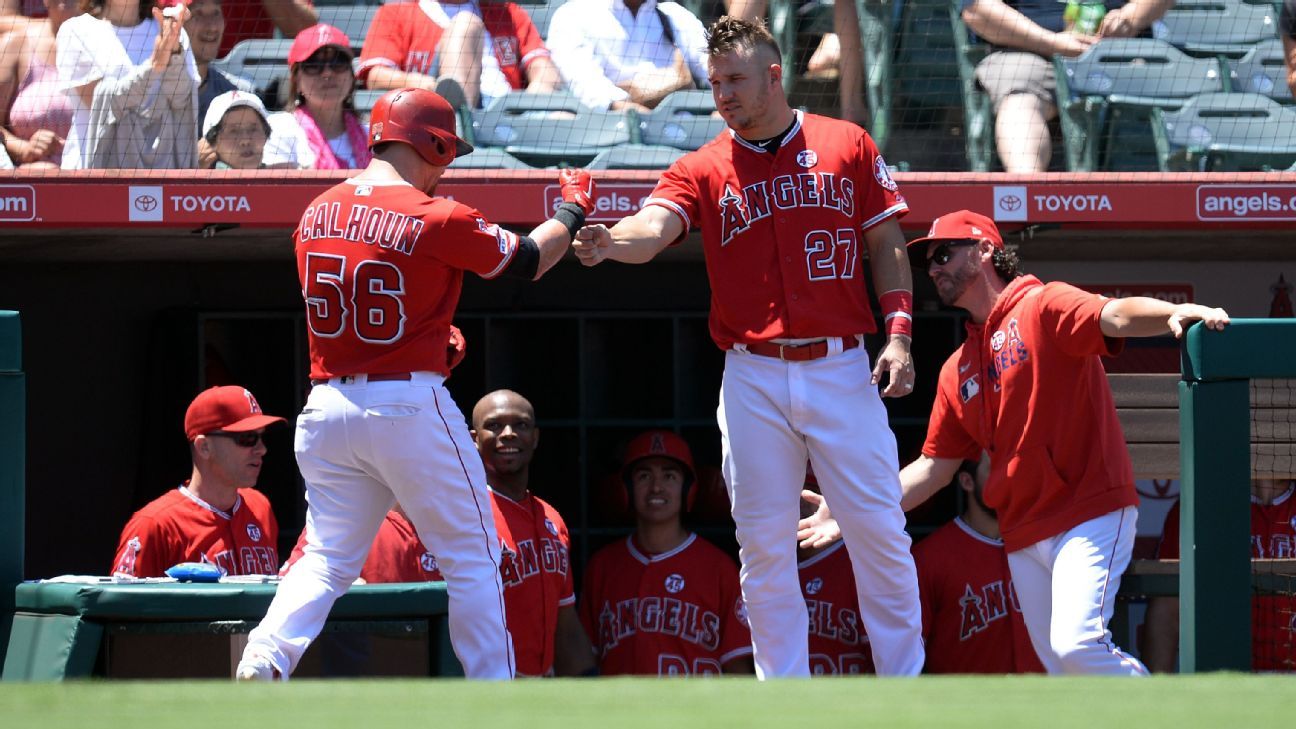 ANAHEIM, California. – A strong right calf forced Mike Trout to leave early Sunday, but the Los Angeles Angels center fielder does not anticipate losing much more time, if he does.

"I do not think it's a big problem," Trout said after a 6-3 victory over the Seattle Mariners, which culminated a three-game sweep in the Angels' first series since the death of pitcher Tyler Skaggs.

The trout experienced pain in their calf at the beginning of the game and retired to begin the third inning. He pushed to remain in the game, but the team chose to act with caution with his best player.

Trout, 27, will undergo an MRI on Monday, but Angels manager Brad Ausmus said "we do not think it's something long-term."

"They're just playing it safe," said Trout, who left open the possibility of playing in Monday's game against the Houston Astros who are visiting. "Calves can be difficult, you do not want them to get worse."