The $ 200 Puro Pro Hybrid Over-Ear Headphones Are Near Perfect 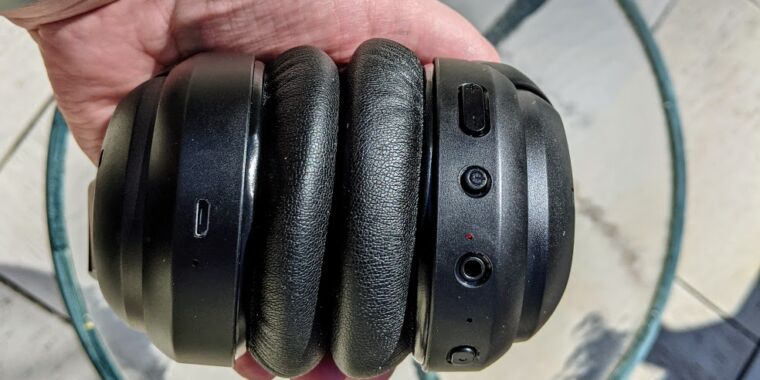 Last December, a representative from Puro Sound Labs offered me a review sample of the company’s flagship Bluetooth hybrid headphones. His timing couldn’t have been better – I had surgery scheduled for January 8 that would leave me on the couch all day, every day, for two weeks straight with nothing to do but watch movies and TV (ideally without driving to my wife and kids crazy).

The Puro Pro has an over-ear design, which can be connected to audio sources via Bluetooth 5.0 pairing or a simple headphone cable. Offers almost any feature you can dream of in a pair of headphones: safety volume limiting (configurable to 85 dBA or 95 dBA), 30+ hours of battery life, content control via buttons on the left can, active cancellation noise and even an in-line microphone for phone calls.

At $ 200, the Puro Pro costs more than I would normally spend on a pair of headphones to watch late-night TV and fly an occasional plane (my two main use cases). But after spending several hours a day on the Puro Pro for a couple of months, I would drop the money in no time.

(Ars Technica may earn compensation for the sales of the links in this post through affiliate programs.)

Most of the time I spent with the Puro Pro was on my couch, watching content from YouTube Music, Amazon, Hulu, and Netflix, along with some locally stored TV shows and movies. Both my Roku Premiere + 4K UHD media player (for streaming content) and my custom HTPC (for local content) are connected to my Denon AVR-S510BT receiver and from the Denon headphone jack to a Boltune low latency Bluetooth 5.0 transceiver .

This setup was my most important test scenario for the headphones, but I also gave them more demanding tests of musical accuracy by connecting (wired) to the Scarlett Solo preamp that I use in my podcasting studio. Scarlett Solo is connected to my workstation; Its main “job” function is to provide an XLR input for my RE230 microphone, but it does double duty as the main audio output interface of my system, via its 1/4 “headphone jack, normally connected to a pair of Sennheiser HD 280 Pro studio headphones.

I must be very clear that my test is subjective—In fact, I used the headphones and compared them with various sets of reference equipment, and here I share my impressions. That said, I am a pretty picky listener; I grew up with a broadcasting engineer as a father, and have spent the last 30 years trying to buy personal audio equipment that spans the line between “this is one of the best you can buy” and “this is a wallet-draining audiophile. nonsense.”

I’m a night owl, but my wife is an early riser, so watching movies and television in silence is essential in the Salter household. Wireless headphones turned out to be a problem for me. I tried several models that I liked the sound with, but although I initially found them comfortable, they all led to repeated ear infections after prolonged daily use. Battery life was less than ideal too – the LG Tone HBS-510 earbuds that I used the most only got between eight and 10 hours of playtime, with similar results for a variety of lesser-known brands.

Next, I tried out a set of Monodeal on-ear Bluetooth headphones, at $ 35, they are incredible value, and ended up buying a second pair for my wife (who loved them too). But he still had comfort issues; After several TV episodes in a row, the on-ear design would become a bit ouchy. The battery life also left something to be desired, around eight hours; not bad for the price, but not bad enough for air travel across the continent without a careful husband.

Finally, I used a $ 200 pair of JBL Live 650BTNC over-ear Bluetooth headphones. Their over-the-ear design was much more comfortable for extended wear than the Monodeal pair, and the 20+ hour playtime. it was a huge improvement. The audio quality was also a bit better than the Monodeal. However, they still weren’t 100 percent comfortable for extended wear due to weight, balance issues, and the combination of very firm padding and significant holding pressure on my head.

Although the JBL headphones weren’t perfect, they were functional enough that they weren’t really on the market looking for a replacement.

For my main use case, watching late-night TV and movies on the couch without disturbing my wife, the Puro Pro headphones are by far the best I’ve ever tried. I also found them excellent for listening to a wide variety of music genres, including classical, acoustic, a cappella, and hip-hop.

The only flaw I could find with them, other than the non-USB-C charging port, is an annoying background hum artifact that occurs when the headphone volume is at maximum and a choppy sound (for example, the “click” when moving the focus causes the Roku interface from one item to another). That glitch is easily fixed – just turn down the volume on the headphones with one click and no more buzzing.

The padding is extremely soft and comfortable, and the earbuds provide just enough holding pressure to hold you steady without getting ouchy after a few hours.

Although the weight of the JBL and Puro headphones is similar, the balance is different. This is not something I notice instantly when I put the headphones on, but after several hour-long episodes of a crowded show (or one Lord of the Rings film), JBL phones leave my neck a bit stiff, while Puro Pro phones don’t.

The lighter clamping pressure and softer padding of the Puro Pro headphones also leave me with a significantly less ‘sweaty ear’ feeling after several hours of extended use than I got with the JBL headphones or, for that matter, with my studio Sennheiser HD 280 Pro. phones after recording a podcast.