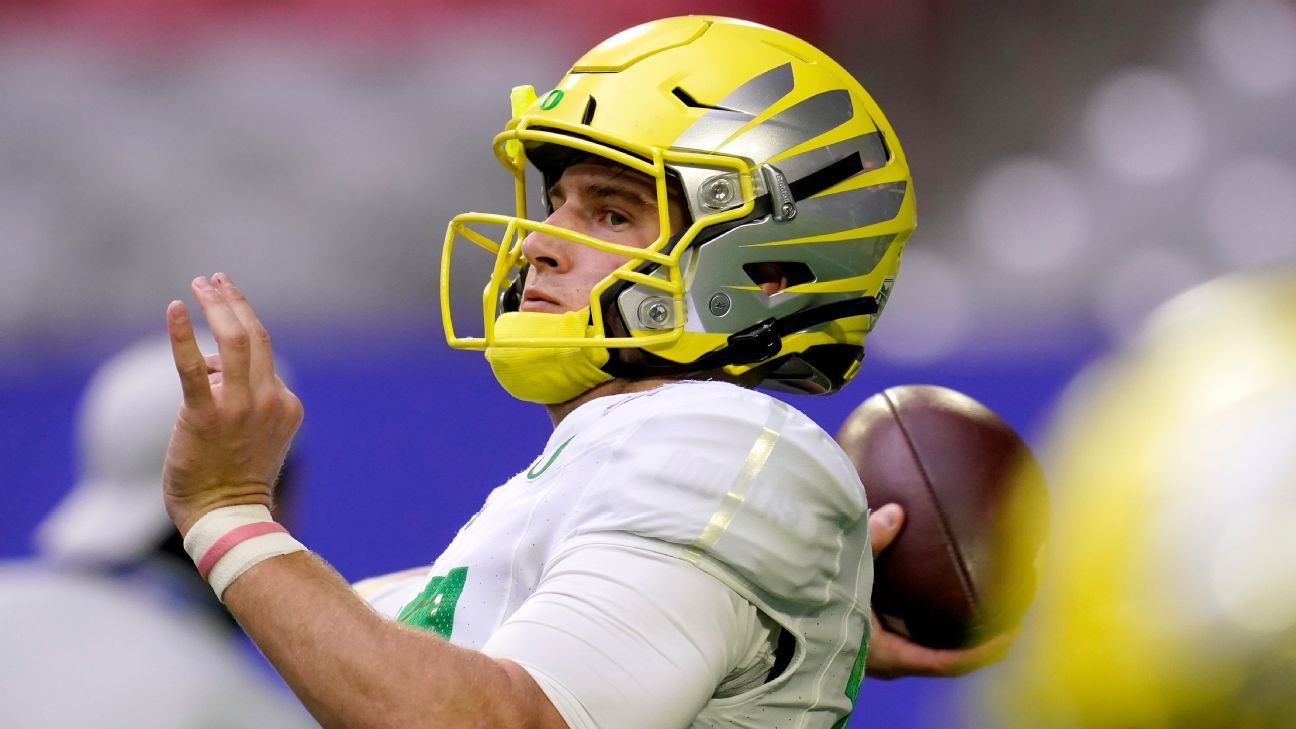 Shough, who started all seven games in 2020 when Oregon won its second consecutive Pac-12 championship, will have three years of eligibility remaining with the Red Raiders.

He completed 63.5 percent of his passes for 1,559 yards with 13 touchdowns and six interceptions last season, but lost playing time to Anthony Brown in both the Pac-12 championship game and the Fiesta Bowl. The 6-foot-5, 221-pound Shough said after the bowl game that he intended to remain in Oregon, but entered the NCAA transfer portal on February 12.

Let’s go to work. I will continue my athletic career and earn a master’s degree at Texas Tech! 👆🏼 #Weapons up pic.twitter.com/YwydNu0ZlM

Shough, an ESPN 300 recruit in the 2018 class, spent two seasons endorsing Justin Herbert before winning the starting job last offseason. He completed his bachelor’s degree in Oregon and tweeted that he will pursue a master’s degree at Texas Tech.

Texas Tech retains Henry Colombi, who threw for 1,065 yards and eight touchdowns last season, and welcomes Behren Morton, ESPN’s No. 20 pocket passer and No. 156 player overall in the drafting class. of 2021.