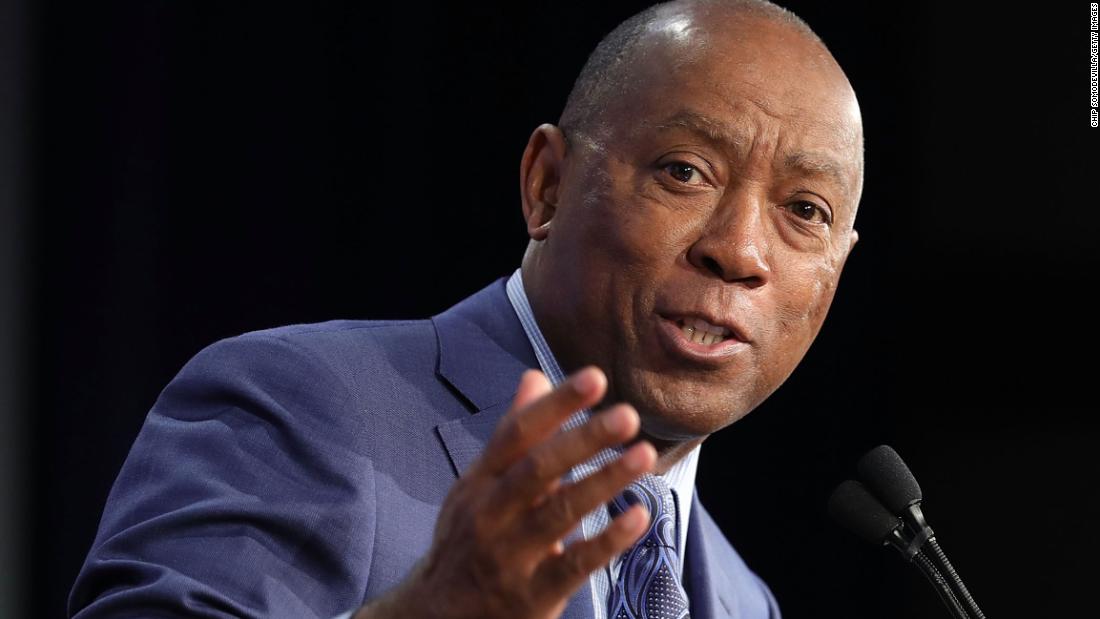 “Our goal is for the courts to listen and decide in our favor in time to open the George R. Brown Convention Center on Monday morning so that we can safely begin our vital work in the electoral process,” the party said in a statement on Thursday. .

Turner said Wednesday that he had asked the city’s legal department to review the contract between the Republican State Executive Committee and the operator of the convention venue, Houston First Corporation. He later announced Wednesday that he had officially instructed Houston First Corporation to cancel his contract with the state Republican Party.

The party is suing Turner, Houston First Corporation and the city of Houston for breach of contract, according to a press release.

Turner attracted national attention in making the announcement, with the Democrat speaking in deeply personal terms about the memory of his late mother to explain his decision.

Turner’s decision is the first in a confrontation between Republican and Democratic leaders in the battle for the safe reopening of the country. Republicans, led by President Donald Trump, have lobbied to hold campaign events in person rather than virtually as they move into the fall election. While some local leaders have expressed concern about large-scale political events and demonstrations, this is the first time that an elected leader has made a formal move to prevent one from happening.

In Tulsa, the city’s chief health officer, Bruce Dart, expressed concern over the Trump campaign rally in that city, but Mayor GT Bynum and the Oklahoma Supreme Court declined to prevent it from happening. In New Hampshire, Governor Chris Sununu, a Republican, said he personally would not attend the planned Trump rally on Saturday due to health concerns, but declined to prevent the meeting from moving forward.

The Houston legal battle could serve as a precursor to the situation in Jacksonville, Florida, where Republican leaders are planning their national convention. Unlike Houston, Jacksonville Mayor Lenny Curry is a Republican and has supported plans to hold the event in his city. Despite their support, a group of Jacksonville residents joined together and filed a lawsuit in an attempt to reduce or prevent the event from happening entirely.

The British economy suffered a record decline in the second quarter