Texas A & M confirms contract for 10 years and $ 75 million for Jimbo Fisher – tech2.org 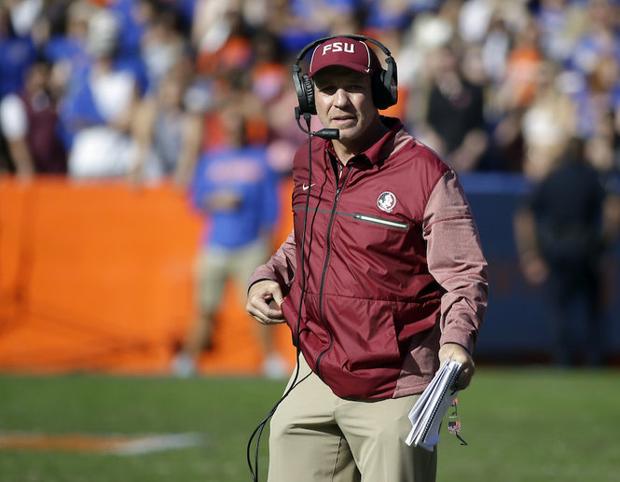 Texas A & M confirmed the hiring of Jimbo Fisher as football coach for 10 years and $ 75 million on Monday.

Fisher resigned from Florida State on Friday after eight seasons as head coach to join the Aggies. He takes charge of a Texas A & M program that went 7-5 this season under Kevin Sumlin, who was fired on November 26.

Fisher, 52, played quarterback in Samford and offensive coordinator in Auburn under Terry Bowden and LSU under Nick Saban – was 83-23 in FSU, winning the 2013 BCS national championship and three consecutive ACC titles in 2012 -14. The Seminoles dropped to 5-6 this season before Fisher left, but they beat Luisiana-Monroe on Saturday to secure a spot for the 36 th consecutive year.

Only two college football coaches made as much as $ 7.5 million in 2017 – Nick Saban of Alabama and Dabo Swinney of Clemson. However, Saban's $ 11.1 million salary and Swinney's $ 8.5 million were mainly composed of one-time bonuses.

Fisher is the rare college football coach who left a school where he won a national championship directly for another college job. Others include Jim Tatum (Maryland to North Carolina in 1956), Paul Dietzel (LSU to Army in 1962) and Johnny Majors (Pittsburgh to Tennessee in 1977).

Texas A & M faces Wake Forest at the Belk Bowl in Charlotte, North Carolina, on December 29. It is not clear what Fisher's role with the Aggies will be in that game.