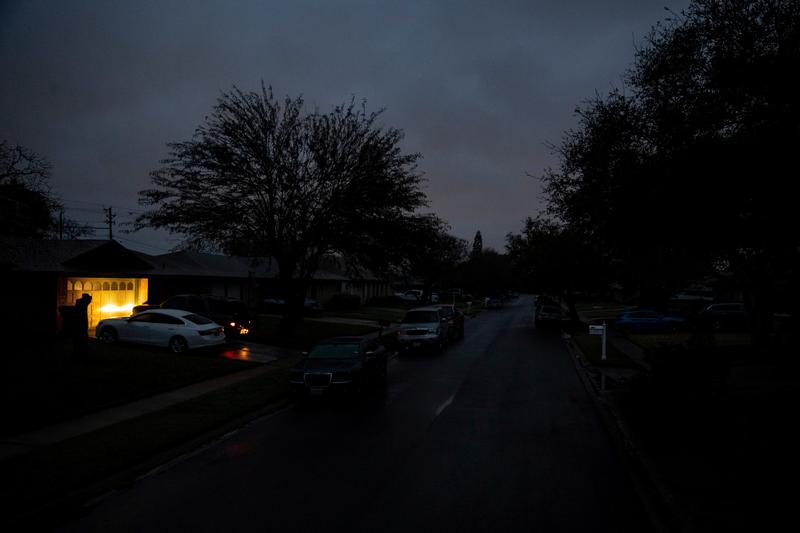 By Linda So, Jonathan Allen

(Reuters) – Elected officials in Texas say the state should help pay for some of the mind-boggling electric bills sent to residents after the devastating and deadly winter storm that caused widespread blackouts.

Texas has a very unusual deregulated energy market that allows consumers to choose from dozens of competing electricity providers.

Some providers sell electricity at wholesale prices that rise in sync with demand, which skyrocketed when an unprecedented freeze gripped a state unaccustomed to extreme cold, killing at least two dozen people and leaving more than 4 without power. millions of people at its peak; about 30,000 people were still without power Sunday, Texas Gov. Greg Abbott said.

As a result, some Texans who were still able to turn on the lights or keep their refrigerator running found themselves with bills of $ 5,000 for just a five-day period, according to photos of bills posted on social media by angry consumers.

“The bill should go to the state of Texas,” Houston Mayor Sylvester Turner said in an interview with CBS News on Sunday. “When they get these exorbitant electricity bills and they have to pay for their houses, repair them, they shouldn’t have to take responsibility.”

Fort Worth Mayor Betsy Price told CBS that both the state and federal governments are expected to help with the bills.

US Senator Ted Cruz, who was forced to interrupt a vacation trip with his family to the Mexican resort of Cancun after public outrage, also distanced himself from the free market system he had previously praised.

“This is INCORRECT,” Cruz wrote on Twitter. “No power company should be making a windfall from a natural disaster, and Texans shouldn’t be hit by ridiculous rate increases from last week’s energy debacle. State and local regulators must act quickly to prevent this injustice. “

Abbott called an emergency meeting of state lawmakers on Saturday to discuss the problem, and said in a statement that they had a responsibility to ensure that Texans “don’t get stuck with skyrocketing energy bills.”

On Sunday, the governor told reporters that the Texas Public Utilities Commission will order power companies to pause sending electricity bills to customers. The commission is also issuing a temporary moratorium on disconnection for non-payment, Abbott said.

US President Joe Biden approved a major disaster declaration for Texas on Saturday that makes federal funds available to people damaged by the storm, including assistance for temporary housing and home repairs and low-cost loans.

All power plants came back online this weekend and power had been restored to most homes when the weather returned to normal, but concerns about water supply still persist, with millions being advised of blue jeans that boil the water before wearing. Houston officials said the city’s water was safe to use without boiling as of Sunday.

Information from Linda So in Washington and Jonathan Allen in New York; Editing by Daniel Wallis