Ten rescued orangutans returned to the wild in Indonesia | Environment 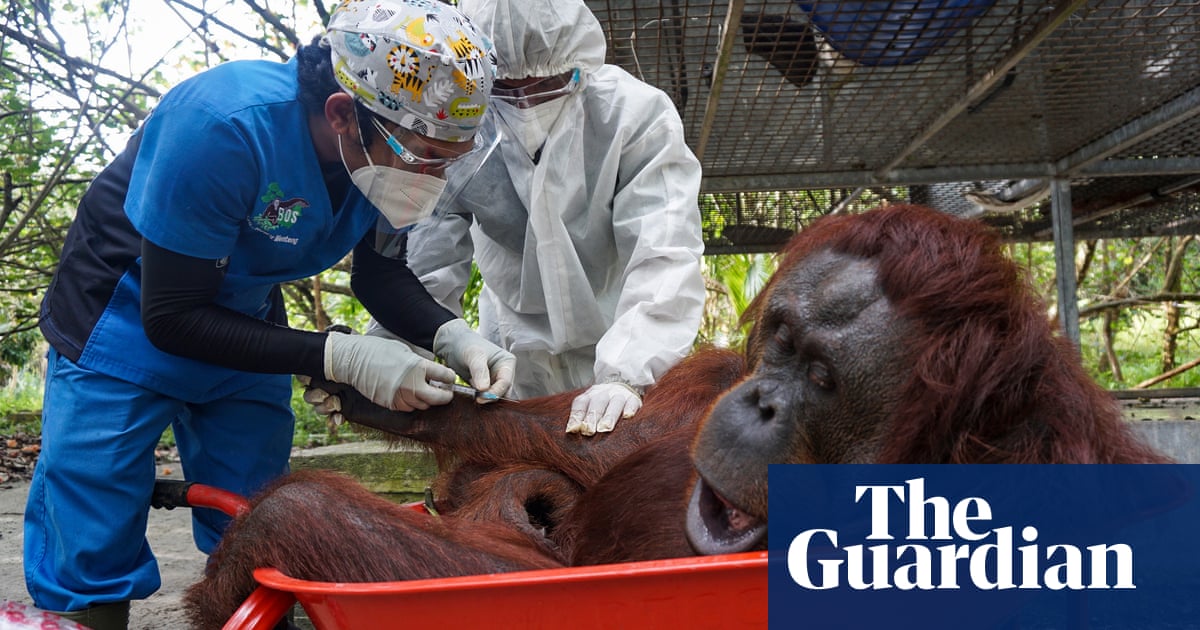 Ten orangutans have been returned to the wild on the Indonesian part of the island of Borneo, with helicopters used to transport critically endangered great apes deep into the forest from rehabilitation centers.

The Borneo orangutans had all been in captivity prior to their rescue. Among them is Nenuah, a 19-year-old woman who had been repatriated from Thailand, according to the Borneo Orangutan Survival Foundation (BOSF).

In all, five men, a mother with two babies, and two other women were released with the help of Indonesian conservation agencies.

“Using a helicopter is the best way to transport orangutans during the pandemic,” said Denny Kurniawan, BOSF program manager, noting that it would take three days of driving to get to a landing area, increasing the risk of Covid- 19. transmission.

Orangutans and other apes are known to be susceptible to human respiratory diseases, so vets donned protective suits and masks during final medical checks.

“Efforts to help curb the spread of the Covid-19 virus have hampered many conservation-related activities,” said Handi Nasoka, acting director of the Central Kalimantan conservation agency.

Long periods spent in captivity mean that rehabilitation has been a slow process for some of the other orangutans that arrived with Nenuah in 2006, the foundation said in a statement, adding that most of the apes had struggled to develop the skills needed to defend yourself. by themselves in nature.

Only about 100,000 Bornean orangutans remain in the wild, according to the World Wildlife Fund, because more than half the population has been depleted in the last 60 years.

They have suffered from illegal poaching, as well as habitat destruction due to large-scale logging and the replacement of forests by cash crops such as palm oil.